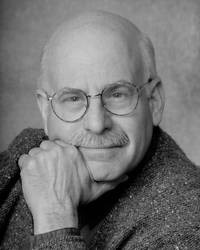 The June issue of Esquire put B-town's Three Needs on its list of the "Best Bars in America." The author writes, "Makes sense that the cultural capital of beer-loving Vermont would be home to one of the best brew pubs in the country. For beer like this, you get past the fact that the coed bathroom's door doesn't lock." . . . The teen rappers who made the popular "802" YouTube video will perform at the Taste of Montpelier event on June 12. The New York Times ran a story about the dudes on Saturday. Expect to nosh on goodies from Capitol Grounds, Uncle Mike's Deli, The Manghis' Bread, Coffee Corner, Restaurant Phoebe, Morse Farm and the Black Door Bistro . . . Portion control is a hot topic these days, motivating even some chain restaurants to experiment with smaller entrées. At a June 7 talk called "Mindless Eating: Why We Eat More Than We Think," Cornell researcher Brian Wansink explains how consumers "are tricked into overeating" by their surroundings. In this case, "the surroundings" are the Shelburne Farms Coach Barn. Nice . . . Jeff Roberts, author of the newly published The Atlas of American Artisan Cheese, will be the guest of honor at Mary's Restaurant at the Inn at Baldwin Creek on Friday night. Expect plenty of cheese in the three-course dinner prepared by Chef Doug Mack. . . . Middlebury professor and syrup maker John Elder is at work on a cross-cultural tome about the effects of global warming on local food production, both in Vermont maple groves and down in the Louisiana bayou. On Saturday, he speaks at the Farm and Forest Forum at Applecheek Farm in Hyde Park, along with Tod Murphy of Farmers Diner and Kathleen Wanner of Vermont Woodlands.