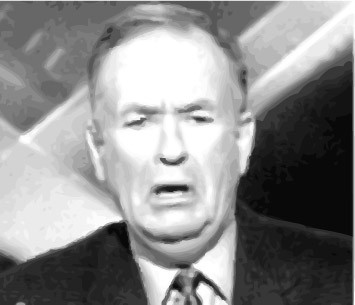 Hysteria, said Elia Kazan, "is inflamed by mystery, suspicion and secrecy. Hard and exact facts will cool it." Kazan was wrong about a lot of things - for instance, his decision to inflame anti-communist hysteria by naming names of alleged pinkos during McCarthy's Hollywood inquisitions. But he was really wrong about this.

I come to this insight painfully, having spent almost three decades carrying buckets of facts to try to quell America's blazing sex panic. But as I witness the latest flare-up of panic in Vermont, I conclude: Facts have nothing to do with it.

Hysteria is often catalyzed by a grisly event - this time the kidnapping of 12-year-old Brooke Bennett, allegedly by her 42-year-old uncle Michael Jacques. (So far he has not been charged with the girl's apparent murder.) The event is then sensationalized by the press - this time, rumors of an Internet "child-sex ring" that turned out to be Jacques' ruse to hoodwink the police. The hint of sex fans the hysteria, which needs no further proof that its object is real (we don't know yet if Jacques raped Brooke, either). Emotion fuels emotion. Reason and rights are thrown on the bonfire, surrogates of the offenders themselves.

Often the catalyzing crime is not preventable or predictable. But mistakes are nevertheless investigated, fingers pointed. Blame is turned to political advantage. In Vermont, Governor Jim Douglas stumps as the tough-on-crime candidate. With his Fox confederate Bill O'Reilly slavering from afar, he flogs Jessica's Law, a vastly expanded sex offender registry, civil commitment, chemical castration and the death penalty.

Barre passes the first sex-offender residency restriction, barring former offenders from living within 1000 feet of a school or park - three-quarters of the city. A week later, Rutland Mayor Christopher Louras allows that he hasn't conducted any research into the efficacy of such laws, but calls for the same ordinance in his city.

In Rutland as in Barre, the aldermen pass the ordinance unanimously. The police, the administration and the people cheer. One Barre resident proposes to the TV camera that the scum be exiled to their own childless "mini-state."

Not to let an opportunity pass, Attorney General William Sorrell and the state's attorneys pull out their wish list of measures stacking the criminal justice system in the prosecution's favor. The five-point package contains a rule allowing the defendant's prior convictions into court as evidence. Another prohibits defense attorneys from deposing the accuser before the trial. Bennington County State's Attorney Erica Marthage explains the latter: The process is so unpleasant that the "victim" sometimes backs out, and the case must be dropped. The prosecutors also want police to collect DNA samples from every arrestee and keep the samples for good, even if the person is let go without charges.

The Senate Judiciary Committee launches a series of six public hearings on sex-crime fighting. Chairman Dick Sears, a Democrat, hints that he is amenable to the prosecutors' proposals. Committee members voice no concerns that the rules changes eviscerate the Constitution's Sixth Amendment guarantees of a fair trial "by an impartial jury" and the right "to be informed of the nature and cause of the accusation." Presented with past bad acts, juries tend to conclude that the guy committed this one, too. And without a pre-trial deposition, the defense attorney can't gather the information to prepare a case, uncover inconsistencies in the accuser's story - or, hearing credible claims, counsel a client to plead to a lesser charge.

The committee is mum on the specter of local police deciding to draw blood from the arms of anybody they pick up. Only the ACLU expresses alarm at the state holding an archive of the bodily codes of its citizens, guilty or innocent.

As the flames of hysteria leap higher, opponents schlep facts to the conflagration. Victims' rights advocates warn that residency bans send offenders underground, away from crime-preventive social life and surveillance. They point out that keeping offenders away from playgrounds does nothing to stop the vast majority of child abuse, which is perpetrated by the family and friends of the victims. Twenty-five-year minimum sentences like those in Jessica's Law, they note, may prevent victims from coming forward, for no matter what Daddy did, it is the rare child who wants to be responsible for sending him up the river forever. Some prosecutors warn that mandatory minima deprive the state of the plea bargain, crucial to getting convictions in cases that are rife with reasonable doubt.

Vermont ACLU Executive Director Allen Gilbert sums up the opposition's argument to the latest wave of sex crimes bills: "The problem . . . is that there's absolutely no evidence they work."

But Gilbert is looking for evidence in the wrong places. We aren't talking about practical public-policy solutions to realistically assessed problems. Vermont is not in the grip of a sex crime wave. The Department of Corrections keeps close tabs on released prisoners. Recidivism of sex offenders is low. Crimes like Jacques', thankfully, are ghastly aberrations, so rare as to be statistically almost nonexistent.

Instead, we are talking about perceived perils and heightened emotion. Laws born in hysteria are symbolic instruments fashioned in response to confusion, anxiety, terror and rage. They are crafted because the inexplicable demands explanation. It demands that something be done.

The label "predator" - even the more neutral "sex offender" - provides both explanation and a signpost to action. It tells us why Brooke died: because Jacques is that kind of creature. It informs us of what to do: hunt the creature down, cage it, mutilate it, kill it.

At best, such laws calm a restive public. At worst, they make the public crazier. But a grateful public or a vengeful public - both are politically useful.

The laws, in other words, work brilliantly.

Friends tell me not to worry. Vermont is a rational place, a smart place, a place that eventually finds a moderate solution. As Speaker of the House, Gaye Symington held off civil commitment. House Judiciary Committee Chair Bill Lippert has stood staunchly in the face of Bill O'Reilly's vilification. Vermont still doesn't have capital punishment.

But relentless calls for extreme penalties for sex offenders wear down resistance.

In response to the governor's goading, now Democratic gubernatorial candidate Symington has vowed that if elected she will launch a "thoughtful review" of state sex crimes laws. What is left to review? On her watch, the Democratic majority substantially increased prison sentences for all levels of sex crimes (including life for second and third convictions for "lewd and lascivious" conduct, which includes brief touching and hands-off crimes such as flashing). It created an Internet sex offender registry and steadily boosted reporting requirements for more ex-offenders, as well as police surveillance and penalties for violation of probation. A "high-risk" registered sex offender who fails immediately to report a change of address or the purchase of a car faces getting locked up again - potentially for life. The legislature has created special sex crimes investigatory units, which will presumably yield more convictions. At the same time, it has allowed crippling cutbacks to the public defenders' office. The crimes haven't gotten worse. Only the political pressure has.

Hysteria gets what it wants. Draconian punishments start to make the merely cruel and unusual seem moderate.

Referring to the federal Adam Walsh Child Protection and Safety Act, which requires all states to vastly expand their sex-offender registries, Dick Sears told a reporter: "The idea [of the Act] seems to be that most sex offenders have to be on the Internet [registry]. I don't think a lot of [legislators] have a problem with that."

"Most sex offenders," under the Act, include people as young as 14. The Act also creates pages and pages of new federal crimes and doubles or triples mandatory minima and statutory damages.

But compared with death by lethal injection, what's so bad about life in prison? Compared with life in prison, what's so awful about having your face posted on a globally accessible Internet list of sex monsters, and, with it, the permanent impossibility of finding housing, decent work, friendship, or hope - even if you were 14 when you committed the act?

Pretty soon, no penalty of a sex offender is considered cruel and unusual enough. When the Supreme Court ruled that capital punishment for the rape of a child is unconstitutional, both presidential candidates expressed disappointment in the decision.

"Everything should be on the table," Sorrell told Vermont Public Radio when asked what sex-crimes laws the state should consider.

And while radical penalties become mainstream, formerly mainstream arguments against those penalties become radical. For instance: A defendant is not always an offender; an accuser is not always a victim. People lie about sexual assault, and they coach children to lie. Sometimes it is the contemplation of sending an innocent man or woman to prison - not traumatic memories of a real crime - that causes an accuser to scotch a complaint.

Some arguments can no longer be uttered. Here's one: Being subject to a "lewd and lascivious" act won't destroy your life, yet the offense can carry a life sentence. Where sex offenses against children are concerned, rarely does the punishment fit the crime.

Facts don't cool emotions. Maybe only other emotions can. I can't at the moment think what these would be. Compassion? The idea that everyone, even a rapist-murderer, deserves to be treated as a human being?

Spare the poison darts, readers. I already know that sentiment makes me a bleeding heart, a pedophile lover, and an accomplice child killer.

I also know that as long as terror and hatred persist - and as long as these emotions are fanned - the laws will keep coming, and their severity will keep mounting. Once they are on the books, the statutes are likely to stay. Even decades after this hysteria is tamped, politicians will be wary of broaching repeal. Wisely, they will fear the flammable fumes that might be released if the old feelings are stirred, like toxic gases lying inert in a mineshaft.