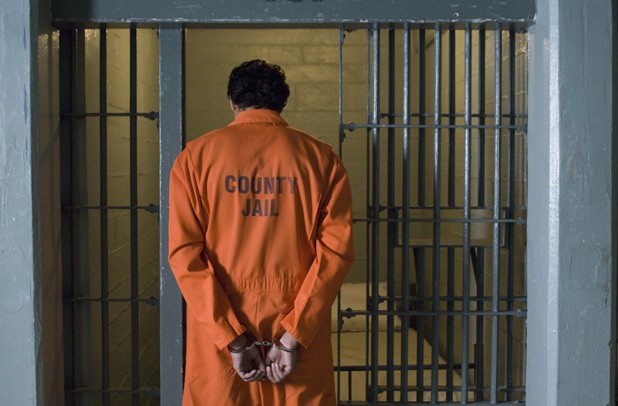 “Children who are 11 years old and younger may have a brief hug and kiss with their parent at the beginning and end of each visit if they request so from the visiting room officer.”

“Physical contact between inmate and visitors over the age of 11 is strictly prohibited.”

“No child over the age of 5 may sit on the lap of an inmate.”

These are three of the Vermont Department of Corrections’ facility visitation rules. They apply to all prisons, including minimum security. And they are among the increasing number of humiliations and penalties imposed on incarcerated people in the U.S. This nation now has some 2.2 million people locked up, more than any other country. That's a fivefold increase since 1975.

Some of these penalties are unimaginably cruel. For instance, nationwide almost 82,000 prisoners are in solitary confinement — deprived of human contact, stimulation and, in some cases, either sunlight or darkness. It is not uncommon for prisoners to be left this way for years — or decades. They can be thrown in the box for being deemed a gang member, or even for swearing, according to Solitary Watch.

Vermont’s prisons are comparatively benign. Of course, the bar is low: 44 states have “supermax” prisons, where everyone is held in isolation 23 hours a day. Our laws limit solitary lockup to 30 days.

Does this mean Vermont’s prisons are humane?

First off, the rules can be bent. “After 30 days [in solitary], they can throw you into ‘administrative’ segregation,” says Seth Lipschutz, the Defender General’s supervising attorney for prisoners’ rights. “It’s the same thing.”

As of October 6, the Department of Corrections’ daily count showed 88 Vermont inmates in “segregation.” Psychological research shows that solitary confinement, even for 15 days, can drive people insane. Human rights advocates call it torture.

Vermont’s officials claim they are incarcerating those who need to be behind bars. “Today we’re locking up more violent offenders, more sex offenders than ever before,” boasts Senate Judiciary Committee Chair Dick Sears (D-Bennington). Yet in the same breath they tout a drop in violent crime — 5 percent since 2008. How can this be? In large part, it’s because the Vermont legislature has steadily broadened the definitions of violent crime while also lengthening sentences.

So-called “truth in sentencing” — if the judge gives you 10 years, you serve 10 — also keeps people in jail longer. A corrections officer (who declined to be named for fear of reprisals) calls the elimination of “good time” the “most counterproductive” policy he’s seen in 35 years. “The inmates have zero incentive to do the programs” that prevent recidivism, he says. Worse, they lose hope.

A lot of people in Vermont’s prisons shouldn’t be there. A third — including three out of five female prisoners — suffer from diagnosed “serious mental illness.” Data collected in 2003 and 2004 found that four in 10 incarcerated youth under the age of 22 had received special education.

“Prison is a punitive setting where the paramount concern is security, not treatment, and the vast majority of inmates are in need of treatment,” says former Vermont Human Rights Commission executive director and defense attorney Robert Appel. The overwhelming majority of Vermont’s prisoners are high school dropouts.

Gov. Peter Shumlin is cutting the numbers behind bars by diverting more nonviolent offenders to community supervision; the administration says it’s beefing up housing, education, job training and substance abuse treatment for would-be and former inmates. Still, hundreds are on waiting lists for addiction treatment, and about 200 prisoners who have served their time are still cooling their heels in jail because they can’t find a place to live.

Besides being essentially inhumane, the criminal justice system is unjust. More than 10 percent of the state’s prisoners are African American, although African Americans make up less than 2 percent of the state’s population. At every “layer of discretion,” from the street cop to the sentencing judge, says Appel, the system is more likely to stop, arrest and lock up blacks, and to deliver tougher sentences than whites receive for the same offenses.

Nationally, minorities represent 60 percent of people in jails and prisons, though they commit crimes at about the same rate as whites. Historians and legal scholars point out that these people were the casualties of America’s deindustrialization. Instead of educating or housing them, the state chose to control them.

If the prison system is the broken hub of a wheel whose spokes are every ugly societal dysfunction — racism, cruelty, the neglect of the mentally ill and the unemployed — increasingly that wheel is greased by profit. Over the last 30 years, governments have been turning their superfluous bodies (including undocumented migrants) over to private corrections corporations for cut-rate warehousing and punishment. To keep the bodies coming, the prison industry lobbies for putting more people behind bars and keeping them there longer. It boosts the bottom line by scrimping on inmates’ health, education, safety and sanity. Those conditions virtually guarantee return customers.

Between 400 and 500 of Vermont’s 2100-plus prisoners are held in Corrections Corporation of America’s Orwellian-sounding Lee Adjustment Center (LAC) in Beattyville, Ky. CCA’s 30-year history is filthy with violence, negligence and corruption. Inmates at a now-closed Kentucky women’s prison called it the “rape factory.”

In 2004, when Vermont first transferred men to Beattyville, they rioted because of substandard conditions and capricious, vicious disciplinary practices. Conditions reportedly improved. Indeed, according to inmates’ wives, attorneys and prison volunteers I spoke with, Vermont prisoners prefer Kentucky to in-state prisons. The commissary food is better (if you can afford it), weekend visits last all day (if your family can travel 950 miles), and the guards reportedly leave prisoners alone. This last aspect isn’t always beneficial: CCA is notoriously understaffed. Guards’ absence — or, lawsuits claim, deliberately turned backs — enables inmate-on-inmate rape, assault and even murder.

LAC has no rehabilitative programming except a limited-enrollment dog-training course. And the men there are serving the longest sentences.

Vermont House Judiciary Committee member Suzi Wizowaty (D-Burlington) has introduced several bills that could push prison reform along. One would sever the state’s ties with private corrections and house all Vermont inmates in public facilities in state. Another would compel the state to reduce its prison population by 25 percent in three years. Either of these bills, if passed, would inherently accomplish the goal of the other and necessitate other urgent reforms, such as providing more education and mental health services.

Wizowaty is also executive director of Vermonters for Criminal Justice Reform, which is part of Nation Inside, a new network that links local organizers, prisoners’ families, artists and professionals who are challenging the prison-industrial complex.

Some of the campaigns that have joined Nation Inside pursue broad goals, declared in their names: the Campaign to End the New Jim Crow, Decarcerate Illinois.

Other movements are more focused. Release Aging People in Prison aims to do just that. The frail elderly are not a threat. The Campaign for Prison Phone Justice just won a big victory: The Federal Communications Commission dramatically reduced interstate prison phone charges, which were running as high as a dollar a minute, plus hefty connection fees (profits collected by the prisons).

Besides making life a bit easier for some of America’s 2.2 million inmates, these campaigns show prisoners’ faces and those of their mothers, lovers and children. This is essential, because before you can get anyone to accept reform, you have to convince them that the people behind bars are worth caring about.

The dozen or so people, including myself, who attended a meeting of VCJR in Montpelier a couple of weeks ago agreed about this, too. We were a varied lot, from a career corrections officer with a Navy crewcut to a transgender clergywoman with a prison ministry. But we had this in common: We all know somebody behind bars, and that makes us see everyone behind bars differently.

One woman at the meeting introduced herself as the wife of a prisoner in Kentucky. Googling the husband, I learned he’d come home drunk and threatened to kill her, their daughter and the daughter’s boyfriend. As the boyfriend struggled to get the gun, the husband shot him, though not fatally. The woman visits her husband faithfully and has become a fervent advocate of prison reform. She struck me as rational, and admirable.

The economic argument against incarceration — it’s costlier than housing, addiction treatment or preschool — goes only so far. After all, economics are the reason the DOC is outsourcing. In 2009, CCA charged Vermont $22,500 per “bed,” less than half the in-state cost.

In the end, whether to rid a state of its unwanted souls by locking them up is a moral question, made up of emotional questions. Such as: Why do we fear certain people? Should policy be driven by fear? Many criminals have spent their lives being punished, some of them by their own demons. Should we punish them more, even if that makes them worse, to satisfy our vengeance? Can we forgive them?

Can we agree to let Vermont’s prisoners hold their kids and kiss their partners?

Those “no-contact” rules may seem trivial. After all, touching someone you love is not written into any international covenant as a human right. Still, it is a human need.

If we cannot love our criminals, can we embrace them as human?

Poli Psy is a twice monthly column by Judith Levine. Got a comment on this story? Contact levine@sevendaysvt.com.