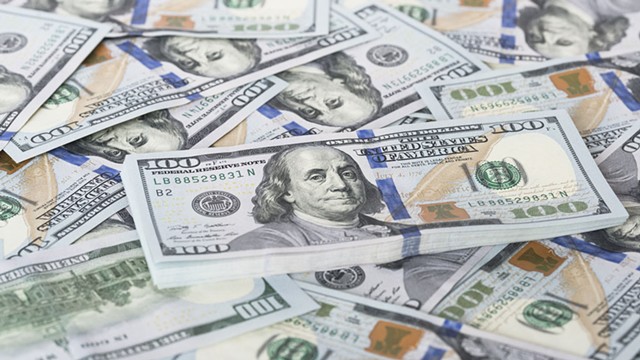 Voting started online and by mail on September 20 and continued until Tuesday evening. The final result was 7,622 for the merger to 7,304 against.

With assets of nearly $3 billion, 165,000 members and 460 employees, the new credit union will be the largest financial institution based in Vermont when the merger is final next year.

Steven Post, a former CEO of VSECU, and two former board members, Jerome Diamond and Kimberly B. Cheney, both former state attorneys general, had banded together to oppose the merger. The three urged members of the credit unions to vote no, saying the merger would undo the hard work that went into creating an institution focused on local members’ needs.

In a letter sent to local media, the three took aim at VSECU CEO Rob Miller, saying he had not listened to the concerns of members who feared the merger would dilute VSECU's mission to serve local communities.

"The letter sent to all members to justify this action boils down to a simple 'bigger is better' argument," the three said. "How is it our 'leadership' has decided VSECU should relinquish its unique status in Vermont and have its history and culture evaporate into thin air?"

Others weighed in too. Retired Montpelier architect Barbara Conrey, a VSECU member, noted that NEFCU acquired a credit union in Michigan in 2015 and has members there. She said on Wednesday that she voted no because she’s worried about how those members will affect the credit union’s local mission.

NEFCU president John Dwyer said in an interview on Wednesday that only 14 percent of the credit union's 95,000 members and six of its 286 employees live outside Vermont.

“People should know who we are: a Vermont-based and Vermont-focused organization,” he said.

“I would estimate they spent over a million dollars selling this to the membership," Post said in an interview on Wednesday. "It was a good turnout, and we were certainly outgunned resource-wise."

In a joint press release, the two credit unions said they’ll continue to operate separately until January 1, at which point VSECU will become a division of NEFCU. NEFCU is now the largest credit union and residential mortgage lender in Vermont, and VSECU is the second-largest. The merger has been approved by the National Credit Union Administration.

Dwyer will lead the new organization as CEO, and Miller will be president and COO, the statement said. Dwyer said a rebranding process will start next year. The new credit union will have 17 branches and 460 employees.

“The new entity is truly greater than the sum of its parts, calling for a dynamic name and brand that are relevant, descriptive, and evocative,” Dwyer said.


Correction, November 9, 2022:  Members of Vermont State Employees Credit Union voted to approve the merger; an earlier version of this story mischaracterized who voted.