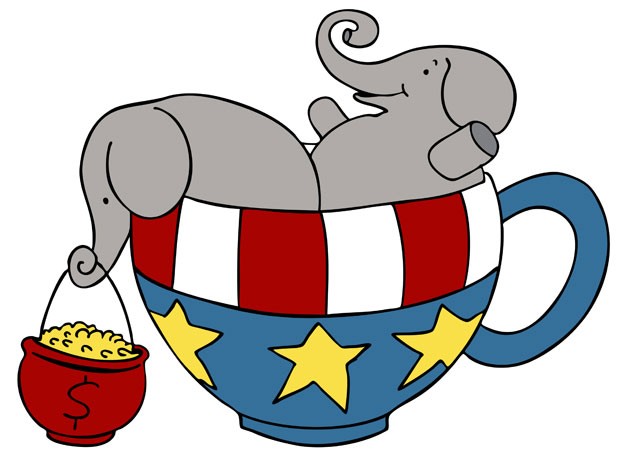 I file this column before August 2, when the U.S. Congress will or will not have plunged the nation’s economy, and the world’s, deliberately into chaos for the second time in three years.

But whether or not that catastrophe is averted, the main event is already under way: a radical right-wing coup d’état.

This takeover is abetted by a Democratic president either too deluded to see that his adversaries are a horde of gray-suited Huns or too weak to hold the barbarians from the gates.

(Just to be clear, because the rest of the media is not: The debt ceiling is not related to current budgeting. The law requires the federal government to raise the ceiling whenever necessary to meet obligations that have already been incurred to pay for government functions that Congress has already approved and is executing. Months ago, the president could have refused to link the debt ceiling to budget talks. Needless to say, he did not. )

In an account pieced together from sources who, fearing retribution, have asked to remain unnamed, the scenario is unfolding as follows:

John Boehner drives up to the White House in a Hummer with a toy gun and Grover Norquist in a ski mask. The president declines to ask the Secret Service to escort the visitors out. He does not text his lieutenant in the Senate, who at last report still controls the majority. Instead, the Great Compromiser hands over the hostage — the full faith and credit of the government of the United States of America — and asks Mr. Speaker if he can offer him anything else for the road.

The Speaker, wiping a grateful tear from his eye, thanks the president and tells him he’ll get back to him. But the president, gracious guy that he is, packs the Speaker off with a favor bag anyway. It includes a few billion pretty green dollars clipped from the fixed incomes of elderly poor people, and other nice things. He asks Joe Biden to carry the package to the Speaker’s car.

Back on the Hill, House Republicans are already partying down, inviting their corporate pals in to loot the Treasury, plunder the nation’s natural resources and pillage its institutions.

Majority members on the House Energy and Commerce Committee are hauling buckets of pharmaceutical- industry-provided saline solution into the chamber to drown FDA regulations of potentially harmful medical devices.

The GOP is loading 39 amendments into the Interior Department’s appropriations bill prohibiting the Environmental Protection Agency from protecting the environment. Tea Party freshmen are tossing small endangered creatures onto the barbeque, while others dance the hora with coal industry lobbyists.

Members chortle as the Federal Aviation Administration sulks away unauthorized and the Treasury starts losing $25 million a day in airline tax revenue. Nevada Republican Joe Heck volunteers a Las Vegas casino to take bets on the date and location of the first in-air collision.

Four days before a U.S. government default, the House deadlocks over Boehner’s slash-and-burn bill because it contains $9 billion of waste, fraud and abuse, in the form of Pell Grants for college students.

Naomi Klein calls this the Shock Doctrine: Take advantage of economic crisis, natural disaster or war to fundamentally rewrite the rules in favor of the wealthy and the powerful. If there isn’t a real crisis, create one.

True to Senate Minority Leader Mitch McConnell’s pledge, the GOP is ensuring that Barack Obama is a one-term president — by any means necessary.

If the country crashes, Michele Bachmann could be our next president.

Finally, the resistance mobilizes. A reported 200 protesters gather outside the White House and — I am not making this up — sing “This Land Is Your Land.” Moveon.com launches yet another emergency fundraising drive (the Shock Doctrine is useful for everyone).

In Vermont, agripreneurs keep the revolution going, plowing federal grants into biodiesel and cheese-aging projects. Small businesses pick up their flood-relief checks from FEMA, procured over initial agency rejections by a diligent Washington delegation. Drivers slow down at bridge-repair sites paid for by federal stimulus funds.

In Hardwick, a Transition Town meeting is called. But many regulars may not be able to make it because they are busy harvesting beans and berries from their bursting gardens.

On Vermont Public Radio’s “Vermont Edition,” Democratic U.S. Rep. Peter Welch recites actual facts and proposes actual solutions to the nation’s actual problems. Hearing this rational voice emanating from Washington (or is it a computer-generated facsimile?), listeners call in to express incredulity and exasperation that what is happening is happening.

Some callers respectfully allow that they didn’t vote for the congressman. How many of those FEMA grant recipients did? How many enterprising locavores — or any Vermonters — read a national paper, even once a week? How long do we think our Edenic way of life will endure without federal regulations and an influx of federal dollars to the state’s treasury?

When I was in my twenties, I used to wish for an overthrow of the state. In its place would rise a million workers’ collectives, which would put the bosses on the assembly lines, eliminate profits and reduce the workweek to about six hours. In the towns and neighborhoods, people’s councils would teach nonviolence and dispense compassionate justice. Kids would collaborate with teachers to run the nursery schools and universities. The troops would come home and their swords would be beaten into ploughshares, which would be distributed to community gardeners. Contraceptives, bicycles, housing and ice cream would be free.

It was called anarchism, a socialist dream of a stateless state governed directly by the people. I still hold it in my deepest fantasist’s heart.

But now we are staring into the face of anarchy, and it is funny how good that square old U.S. Constitutional system — compromised, corrupt and corporatized as it is — is starting to look. Things will not be better if it falls. Do what you can to save it.