What does your mental timeline look like, and where did it come from? 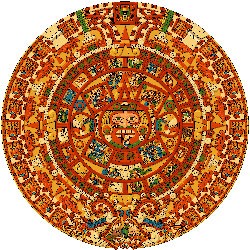 Stare up at the sky on a clear night, and you are gazing deep into an unfathomable past. This is no metaphor: It’s an astronomical phenomenon. The light from the stars you see most likely traveled millions of years before striking your retina. The more distant the star, the older its light; even light from Earth’s closest star — the sun — takes more than eight minutes to reach us. So when you look at a constellation, you’re not seeing just a single moment from the past, but a cosmic collage of different moments.

It’s understandable if such mind-bending musings give you a headache. We humans aren’t very adept at conceptualizing extreme expanses of time. It’s hard enough to come to grips with the changes that occur in a human lifetime.

Many of us have received that mass email that marvels at how the world has changed since a century ago, when the average life expectancy was 47 years, eggs were 14 cents per dozen, the world’s tallest structure was the Eiffel Tower, and heroin, cocaine and marijuana were sold over the counter. Invariably, this sort of message ends with the suggestion, “Now try to imagine what the world will be like in another 100 years.”

For those of us who can’t predict what we’ll be doing next week, forecasting a century down the line is a stretch. Push that number to 1000 years, and the picture gets really murky. Life 10,000 years from now? That’s the stuff of sheer fantasy.

Recently, while working on a story about the future of nuclear power in Vermont and the unresolved problem of storing radioactive waste — which remains deadly for 10,000 years — I was reminded of a feature I once read in The New York Times Sunday Magazine. In that March 6, 1994, story, “Out of Sight, Out of Our Minds,” Kai Erikson explores the federal government’s plans for disposing of spent nuclear fuel beneath Yucca Mountain in southern Nevada.

Part of that planning, Erikson explains, involved the federal government’s well-intentioned — but preposterous — ideas for warning future generations that something highly lethal was buried in that piece of earth. The Sandia National Laboratories hired a team of outside experts, including an anthropologist, an archaeologist, a linguist and an astronomer who searches for extraterrestrial life, to design a “10,000-year marking system” understandable to Earth’s future inhabitants, whoever they might be.

The team’s report, aptly titled “Expert Judgment on Markers to Deter Inadvertent Human Intrusion into the Waste Isolation Pilot Plant,” reads like a how-to manual for building sci-fi movie sets. It features illustrations for DO NOT ENTER placards — faces and bodies wracked with horror, sickness and death — and foreboding site designs such as the “Landscape of Thorns,” the “Menacing Earthworks,” and the “Forbidding Blocks,” to name a few. Behold the magnificence of your tax dollars at work.

As Erikson rightly notes, those who dabble in such far-off prognostications are willfully ignoring the lousy track record humans have when it comes to maintaining long-term institutional memory, even about very large objects of our own making. To wit: Archaeologists have estimated the age of the Sphinx in Giza, Egypt, at 5000 years; that of Stonehenge at 4500 years; and that of those creepy stone heads on Easter Island at 500 to 1500 years — blinks of an eye on the geological timeline. Yet, despite those relics’ massive size and the monumental effort it must have taken to build them, their meanings have been lost. To suggest that our own message-in-a-bottle to future generations will be decipherable after 10 millennia smacks of hubris.

The fact is, outside the academic worlds of archaeology, anthropology, geology and theoretical physics, modern society devotes very little effort to grappling with mental constructs of time, large or small. Contemporary cultural references to the subject tend to leap to the fanciful realms of time travel or hyper-light-speed travel of the Star Trek variety, without addressing the more mundane question of how we perceive time now. Posing the simple question “How do you mentally picture a year?” may evoke curious stares and queries about recent hallucinogenic excursions.

On the subject of the latter — some 20 years ago, after ingesting hallucinogenic mushrooms, I experienced for several hours a complete inability to grasp the concept of time. It wasn’t that it was elongated or standing still; I simply could not summon the mental image my brain had built to represent one trip around the sun.

When my sense of time returned, I began thinking about how that mental picture “looks,” and I asked others to describe theirs. In my case, a year looks something like an inwardly banked oval, similar to a racetrack. In my mind’s eye, December is at the “top” of the oval, and I “travel” counterclockwise around it in a perpetual left turn, as one month becomes the next.

Why counterclockwise? I suspect it has something to do with the fact that I’m left-handed and draw circles counterclockwise. Other people who also visualize a year as circular describe moving around their year clockwise, though I haven’t found any correlation with left- or right-handedness. Not that my queries have been very scientific.

Other people see their year as a straight line. One friend describes her “mental year” as a series of months stretching diagonally away from her. As the year passes, she moves forward along that continuum until she reaches the end, when a new line begins.

Others to whom I’ve posed this question stare at me blankly and insist they conjure up no three-dimensional images whatsoever. For them, a year is more of an assemblage of events, sometimes strung together, other times clumped into months, similar to a wall calendar. Still others describe a line that moves from bottom to top, top to bottom or diagonally upward, like an escalator. For these people, when they reach the end of their line, they start over at the beginning, like Sisyphus recovering his boulder.

When I think about the expanse of my life, my mental image becomes linear, too. I mentally “see” the year I was born, 1965, right in the middle of the 1960s, with various events from my life interspersed with larger, historical occurrences. This mental “timeline” moves left to right, with the past stretching infinitely to the left and the future infinitely to the right. Others have described something similar, grouping events in their lives into categories according to geography, education, places of employment, and/or relationships.

Curious about whether my left-to-right orientation is a byproduct of growing up reading English words that way, I interviewed a man who was raised in Lebanon speaking Arabic, a right-to-left language. No luck. His mental timeline, which he arranges in blocks according to where he lived and which language he spoke, runs from bottom to top.

W.J.T. Mitchell, a professor of English and art history at the University of Chicago, describes this spatial visualization phenomenon in his essay “The Spatial Form in Literature.” He writes that the spatial form is the perceptual basis of all Western notions of time, and contends that we literally cannot “tell time” without the mediation of space.

“We speak of ‘long’ and ‘short’ times, of ‘intervals’ (literally, ‘spaces between’), of ‘before’ and ‘after,’” Mitchell writes, “all implicit metaphors which depend on a mental picture of time as a continuum.”

Similarly, the German sociologist Norbert Elias (1897-1990) saw human conceptions of time as multilayered relationships of considerable complexity. He once wrote, “In societies where no long-term era calendar exists as a manmade standard continuum . . . people, understandably, are unable to say when they were born or how old they are, except in terms of single events such as ‘when the great storm came,’ or ‘just before the old chief was killed.’”

Apparently, some of our mental time imagery comes from our shared understanding of the calendar. Some cultures, such as the Maya and Aztecs, conceptualized time not as an arrow that moves in one direction but as a wheel that continually circles back on itself. In his book The Conquest of America, philosopher Tzvetan Todorov describes the Mayan method of timekeeping as one in which not just days and months, but also years are arranged in cycles. For historians, this cyclical thinking sometimes made it difficult to pinpoint the actual date when significant historic events occurred.

“The Mayan account of the Spanish invasion inextricably mixes past and future, proceeding by retrospective anticipation,” Todorov writes. “This is why events are sometimes referred to in the past, as in a chronicle, and sometimes to the future, in the form of prophecies.” To the Mayan sensibility, Todorov concludes, “Prophecy is memory.”

Not surprisingly, most modern expressions of time, especially those in use since the Industrial Revolution, rely less on spatial imagery than on the notion of time as a commodity. The American poet and novelist Carl Sandburg once called time “the coin of your life.” “Be careful,” he warned, “lest you let other people spend it for you.”

This “time-is-money” metaphor is deeply ingrained in our language. “How did you spend your morning?” “Can you lend me five minutes of your time?” “Did you waste an entire afternoon?” “How many vacation days have you accumulated?” We seem to be a culture obsessed with how time is spent rather than how it is filled. How curious that we invest so little time in creating more of it, despite our belief that the most valuable time is the kind that is free.