The last time Winooski State Rep. Clem Bissonnette looked over the city's voter rolls, the veteran local pol noticed something surprising: The names of fewer than half of his constituents were recognizable to him.

"Twenty years ago, I knew 85 percent of the people who came when I stood outside the polls," Bissonnette said. "Now, if I know 25 to 30 percent of people who come through the line, I'm doing well."

"You can't take anything for granted any more," he said.

In recent years, Winooski has welcomed an influx of young professionals who have fueled a downtown revival. At the same time, a new wave of refugees has settled in the Onion City, making it a multicultural Mecca. Thirty-one languages are spoken in Winooski's K-12 schools.

Bissonnette, 80, is seeking reelection to the House. Another longtime local officeholder, Ken Atkins, 74, is also running; he hopes to return to the legislature after a two-year absence. But the pair — vying for Winooski's two seats — is being challenged by two upstarts. Progressive/Democrat Diana Gonzalez, 36, and Progressive Robert Millar, 30, who have lived in Winooski for less than a decade combined, say they would better represent their rapidly evolving community in Montpelier. The district includes a tiny sliver of northern Burlington, but Winooski's 7,300 residents comprise the bulk of it.*

"It's very much a race of new guard and old guard happening here," Millar said. "Clem and Ken, I consider them friends, but Winooski has changed a lot in the time they have been in office. It's not the same Winooski. We've got diversity unlike any in the state."

No Republican candidates are on the November ballot.

Gonzalez will face Bissonnette and Atkins in Tuesday's Democratic primary, and the two survivors will compete with Millar in the November general election.

"We knew it was coming," said City Manager Katherine Decarreau, a Winooski native. "This will show us where the town is."

Atkins spent his professional life teaching and coaching sports in Winooski. He went to school there, too — his name appears on a banner in the Winooski Educational Center gym commemorating high scorers on the Winooski High School basketball team. He served as a state representative from 1998 to 2012, before stepping down and handing off his seat to longtime friend George Cross. Atkins assumed he was done with politics, but when Cross decided not to run for reelection, Atkins decided to come off the bench.

He said he takes pride in being a moderate: Both Atkins and Bissonnette voted against legalizing gay marriage and medical marijuana, but have generally supported most Democratic priorities.

Bissonnette served as deputy mayor, mayor and chairman of the school board in Winooski before he was elected to the House in 2008. He said he is running for reelection largely because he wants to participate in the debate about single-payer health care, which he has yet to be convinced is workable.

"There's still a lot of work to be done," Bissonnette said. "I really want to be involved in the conversation to make sure we get the right thing for Winooski."

In a city with no significant Republican presence, Bissonnette and Atkins have rarely faced serious opposition. Such was their grip on power that they acknowledge sitting down with Cross several years ago to hash out how they would control legislative seats for years to come. (The plan had been for Cross to stay beyond 2014.)

"If you take how many years Clem and I have been here, you're pushing 140 years," Atkins said. "Take a look at our opponents. It's one of the things that makes us different. We've made the long-term commitment in this community. There's a difference, don't you think? If Clem and I rally our troops, we should be OK."

Still, both men acknowledge their town is changing in ways they could not have imagined when they were younger.

Winooski has long been a city of immigrants — past generations came from Ireland, Québec and Eastern Europe to work in the woolen mills along the Winooski River. Many of those immigrants were white and Catholic, and their descendants have long dominated Winooski civic life. The small city still has two Catholic parishes, St. Stephen and St. Francis Xavier. Atkins belongs to St. Stephen; Bissonnette is a parishioner at St. Francis.

Winooski's woolen mills shut down in the mid-1950s, leaving hundreds out of work. As a result, the city struggled economically for decades. Its demographics began to shift when a sizable population of Vietnamese people, who had become refugees as a result of the U.S. conflict in Southeast Asia, began to arrive in Vermont. Before long, the most common last name in the Winooski phone book was "Nguyen."

As refugee populations from other countries resettled in the Burlington area, many of them gravitated toward Winooski, which had a refugee-friendly reputation. Iraqis came, then Somalis, Bosnians and Sudanese. Most recently, Winooski has welcomed ethnic Nepalese fleeing Bhutan. 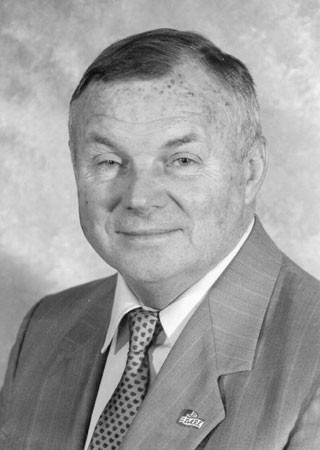 As a result, the Winooski student body has gone from 78 percent white to 57 percent white in the past six years, and it's easier to find a bowl of Vietnamese pho than a deli sandwich downtown.

But the city is not just getting more ethnically and racially diverse — it's also getting younger.

Millennials seeking cheaper rent have flooded the city, creating a customer base for a hip and growing restaurant and bar scene.

"In the past eight to 10 years, it's been exponential," Decarreau said.

Slowly, the change has been reflected in local politics: New arrivals to the city have served on both the school board and the city council. It was inevitable that newcomers would push for higher-profile offices.

Among them is Millar, a Colorado native who moved into a Winooski apartment with his wife six years ago.

"It was cheaper than Burlington but in an urban area," said Millar, who served two years on the school board. "We found the right place. We just really liked it and stayed."

Millar worked as U.S. Sen. Bernie Sanders' office manager during the senator's 2012 campaign, and stepped down from his position as executive director of the Vermont Progressive Party when he announced his candidacy for the Winooski seat.

Gonzalez is a teacher and doctoral student at the University of Vermont who helped lead an effort to unionize staff on campus. She grew up in Southern California and arrived in Winooski three years ago, drawn to its diversity and urban feel.

Neither of them belongs to a Winooski parish.

Electing Atkins and Bissonnette, she said, would mean that Winooski's "complexity is lost on the road to Montpelier."

"Winooski is a very diverse city, and my background really lends itself to public service and bringing people together," Gonzalez said.

It is, of course, oversimplifying matters to view the race as purely old versus new. Millar and Gonzalez both insist they have fans among Winooski's older generation, while Atkins and Bissonnette gush about the downtown revival and the city's ever-increasing diversity.

But it's hard to avoid the obvious.

Gonzalez held an event at the upscale bar oak45, Millar at the fledgling local brewery Four Quarters. Bissonnette and Atkins say they are focusing more on door-to-door campaigning and rallying their long-time supporters.

On her Facebook campaign page, a photo shows Gonzalez wearing what has become a hot item among young Winooski residents — a T-shirt referencing the city's large roundabout as the "Winooski Speedway."

Bissonnette, meanwhile, says he has older friends who have never gotten used to the sometimes-chaotic traffic pattern that was developed several years ago. They've found ways to avoid the roundabout.