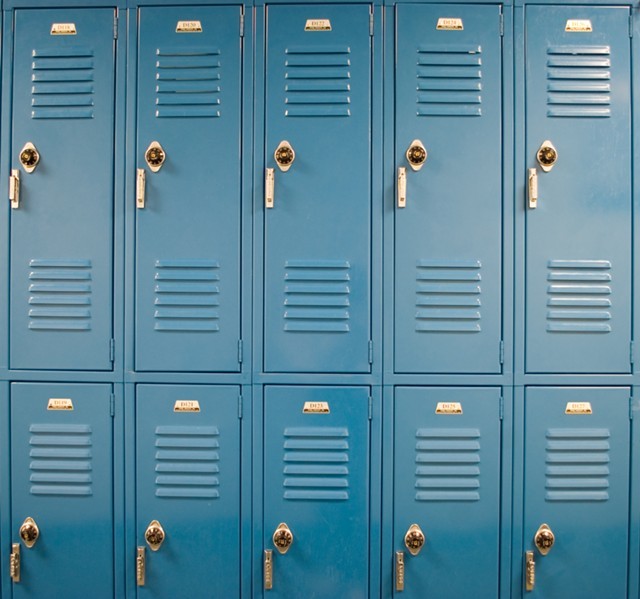 A high-profile conservative Christian legal advocacy group has taken on the cause of a student and her father who school officials said bullied and misgendered a transgender girl at Randolph Union High School.

Attorneys from the Alliance Defending Freedom, along with Vergennes lawyer Anthony Duprey, filed a lawsuit on Thursday against the Orange Southwest School District, alleging that administrators retaliated against Travis and Blake Allen for exercising their right to free speech.


The group alleged in a press release that school officials punished Blake, a 14-year-old volleyball player, "for calling a male student 'a dude' and using male pronouns when expressing their view that the male student should not be allowed in the girls' locker room." Travis, her father, was suspended from his position as a middle school girls' soccer coach for similar behavior, Alliance Defending Freedom said.

Travis and his wife, Jessica, are plaintiffs in the suit.
The suit names superintendent Layne Millington, high school coprincipals Lisa Floyd and Caty Sutton, and the school board as defendants. It alleges that Blake was punished by the school for expressing her views on "the appropriateness of a teenage male undressing, showering, and changing with teenage girls in a girls' locker room."


In late September, the school district started an investigation into allegations of bullying following an incident in the locker room involving Blake and the transgender student. Shortly after, Blake appeared on a WCAX-TV segment about the locker room investigation, telling the reporter that  "biological boys" should never be allowed in a girls' locker room. She also alleged that her transgender teammate made an "inappropriate comment" while girls were getting changed.

The story quickly went viral in right-wing outlets, including Fox News, the New York Post and the Daily Signal.

Missing from the story was the perspective of the transgender student. Her mother later spoke to Seven Days and said her daughter had actually been bullied. WCAX later removed its story from its website "to prevent others from using our reporting to attack people in the transgender community," the station's news director, Roger Garrity, told Seven Days.

Mother of Transgender Student in Randolph Says Her Daughter Was Bullied
By Alison Novak
Education
Thursday's lawsuit includes an email Randolph Union High School coprincipals Floyd and Sutton sent to the Allens on October 23. It said the school found "Blake engaged in verbal and physical conduct directed at a student on the basis of the targeted student's gender identity during team events, practices, on the field, and in the locker room."

Blake intended "to ridicule, humiliate, and/or intimidate the targeted student" and was in violation of the school district's bullying policy, the principals wrote.

As a result, the school suspended Blake and said she had to take part in a restorative circle and submit an essay documenting what she had learned from the experience. If Blake refused to participate in the process, the letter read, she would be suspended from school for three more days.

WCAX Deletes Story About Transgender Student in Randolph
By Alison Novak
Education
The Allens' lawsuit also alleges that Travis, Blake's father, was suspended without pay from his position as middle school girls' soccer team coach for using incorrect pronouns and the term "male" to refer to the transgender student.

In a September 29 Facebook post, a copy of which is attached to the lawsuit, Travis addressed the mother of the transgender student, writing "the truth is your son watched my daughter and multiple other girls change in the locker room. While he got a free show they got violated ... I wonder how you would feel if I watched you undress?"

In a letter to Travis from superintendent Millington — which was also included as an exhibit in the lawsuit — Millington said Travis' misgendering of the student was "unprofessional and unbecoming and flies in the face of the Vermont [Principals'] Association's athletic  regulations, Vermont State regulations, and the [Randolph Union] Middle-High School expectations."

Millington stated in the letter that the school district advised Travis to issue a public apology. After Travis refused, the district suspended him without pay for the remainder of the season.

In their lawsuit, the Allens are asking the court to compel the school district to reinstate Travis as a soccer coach and refrain from taking any further action against him. They are also asking for all disciplinary actions against Blake to be rescinded.


In an email to Seven Days on Thursday night, Orange Southwest's attorney Pietro Lynn wrote that the school district expects to prevail in the case, citing Vermont's "proud tradition of standing up for the rights of all people." He also noted the district's adherence to both state law and Agency of Education guidance.


"[Randolph Union High School] and Orange Southwest Unified Union School District are proud to support our trans students and to enforce our legally mandated policies," Lynn's email continued. "The Plaintiffs apparently argue that demeaning behaviors, ridicule, and intimidation of RUHS students are protected free speech. If so, it is a sad day for all Vermonters."

The district scheduled two community forums to discuss the controversy earlier this month. The first was held as scheduled, with many in attendance expressing support for the transgender student. But the second was canceled after the district received threats.

On Thursday night, the father and daughter appeared on Fox News' "Tucker Carlson Tonight," along with one of their lawyers, Tyson Langhofer. Blake told Carlson that she was punished for expressing her discomfort with having a transgender student in the locker room.

On the show, the conservative TV personality portrayed the Allens as heroes.

"It's only when people like you — Travis Allen, Blake Allen — take the lumps, stand up, tell the truth for just basic human rights, like the right to change without some guy staring with you, it's only when you do that, that things get better," Carlson said.

Langhofer, senior counsel from Alliance Defending Freedom, told Carlson that the school district retaliated against the Allens "for just simply stating their views."

"The crazy thing about this, Tucker, is that Blake understands the issue. She doesn't need to be reeducated. Males are males; females are females," Langhofer said. "And Blake shouldn't be forced to change in front of a male or watch a male change."

Alliance Defending Freedom most famously represented a Colorado baker who refused to make a wedding cake for a gay couple. The case went to the U.S. Supreme Court, which narrowly ruled in favor of the baker in 2018.

The group has taken Vermont cases, too, including a lawsuit it filed last year against state Education Secretary Dan French and several school districts in an effort to compel them to pay for students to attend Catholic schools.

Approved Religious Schools Are Eligible for Public Dollars, VT Education Secretary Says
By Alison Novak
Education
In September, as part of a settlement related to that lawsuit, French issued guidance to school districts stating that they could not deny tuition payments to religious schools as long as the schools met the state's education quality standards. French's guidance came in the wake of the U.S. Supreme Court's decision in Carson v. Makin, which found that Maine's exclusion of religious schools from its school tuitioning program was a violation of  the First Amendment.


Alliance Defending Freedom has been accused of helping to craft state laws that discriminate against LGBTQ people. The group has brought lawsuits across the country aimed at excluding transgender students from school sports and denying them access to bathrooms that align with their gender identity.