Comp Dime: When Pay Spikes in Montpelier, Who's Watching? 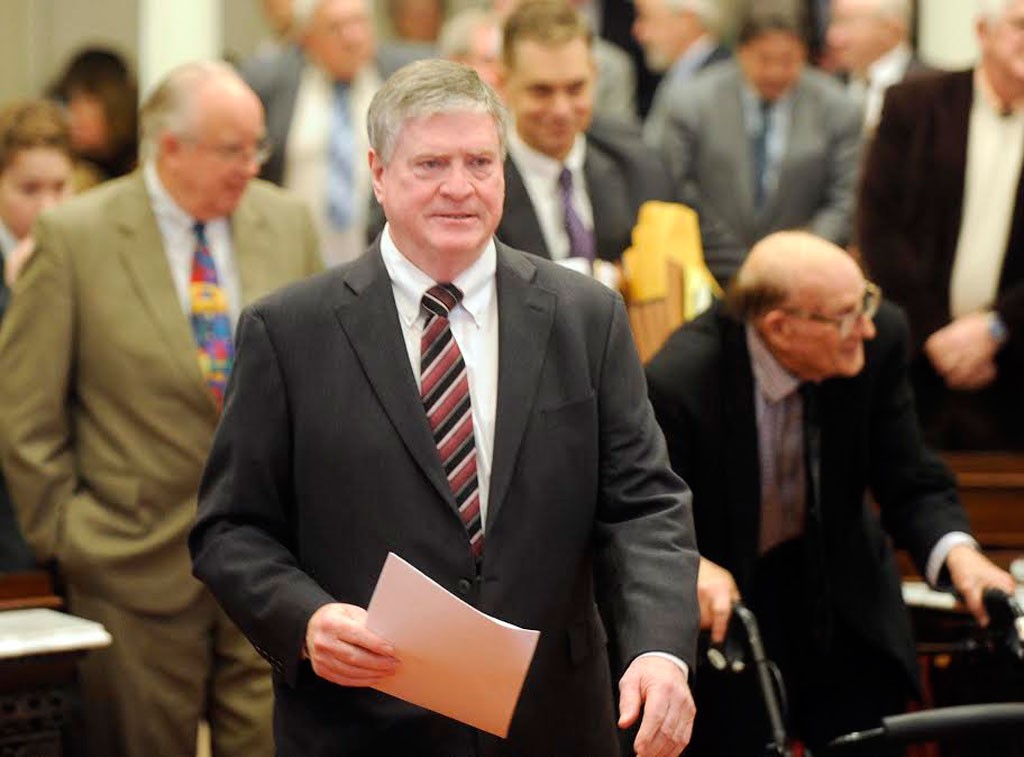 When you work your way up to become leader of the Vermont House or Senate, you don't end up with a lot of perks. All you get is a fancy title, a tiny office and, traditionally, a single staff member who is paid a modest salary.

He's done so — without any explicit policy change, nor anyone else's approval — even as lawmakers consider cutting other state jobs to close yet another budget gap. Some say the situation reveals a disturbing lack of oversight. Others consider the money well spent, given that his enhanced staff has helped restore order under the oft-distracted and perpetually disorganized Campbell.

In the grand scheme of the billions of dollars state government spends, we're not talking about a lot of money here. Loose financial management is the issue.

Two years ago, Campbell hired Rebecca Ramos to replace former aide Ashley Grant. He bestowed on Ramos the new title of chief of staff and a salary of roughly $70,000 — $20,000 more than Grant made. To be sure, Ramos had more training and experience than her predecessor: She's a lawyer who worked for former governor Howard Dean and for Congressman Peter Welch when he served as pro tem.

State workers in certain jobs are allowed to accumulate comp time when they work more than 40 hours a week. They typically take the time off at a future date, but if they can't, they are paid for it.

Following state policy, Ramos logged her hours in the state's online pay system. Soon after the legislative session ended last May, she left Campbell's office to take a new gig as a lobbyist with the Necrason Group. Because she didn't have the opportunity to take off the comp time she accrued during the busy session, she was paid for those accumulated hours.

Unlike workers in most state jobs, however, the Senate pro tem's and House speaker's staff were eligible for comp pay at a time-and-a-half rate. That policy was based on tradition — one that was discontinued as of this year. Steve Klein, chief fiscal officer of the legislature's Joint Fiscal Office, said the decision wasn't specifically prompted by Ramos' payout and that he recommended that the policy be brought into line with those of other offices when new aides were hired this year.

Ramos' job performance isn't in question. She was widely credited with bringing order to an ego-laced Senate that struggled from paralyzing dysfunction during Campbell's first term. And she worked the extra time. But was anyone aware that she was on track to earn more than $100,000?

Campbell says he didn't know how much comp time Ramos had accumulated, but that she worked the hours needed to do the job. Though Campbell was her supervisor, he was not expected to sign off on her time sheets. Those were approved by the Legislative Council's office, which has limited to no knowledge — or say — in the workings of the pro tem's office.

Even since the time-and-a-half policy was nixed, the pro tem's payroll has continued to expand. Campbell hired two staffers to replace Ramos, at a total of $111,000. Ramos' work proved he needed a lot more help, Campbell said.

His new chief of staff, Erika Wolffing, is making $75,004 — slightly more than Ramos' base pay — even though she lacks Ramos' legal training and work experience. Wolffing previously served as Peter Shumlin's campaign fundraiser and as his deputy commissioner of labor. Campbell also hired Conor Kennedy, who interned in the office last year, as a full-time calendar secretary for $35,006. 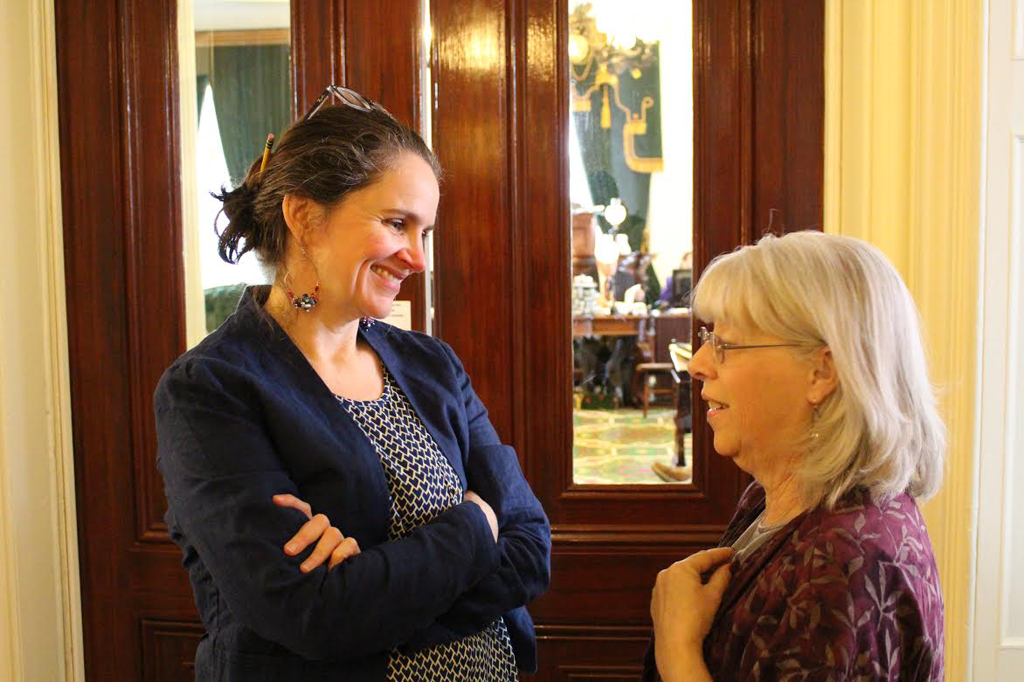 Two other offices in the Statehouse offer ready comparisons to the pro tem's: the House speaker's and lieutenant governor's. Neither comes close to what the Senate office is paying.

House Speaker Shap Smith's chief of staff, Dylan Giambatista, makes $54,641. The speaker also pays two part-time interns $11 an hour. Lt. Gov. Phil Scott's chief of staff, Rachel Feldman, will earn $57,574 this year. Scott said he has college interns who receive course credit, but he no longer pays them because he feels the state can't afford it.

Campbell defended his higher salaries as necessary to attract quality employees who can hold their own in negotiating complicated public policy. The Senate has fewer members than the House, but just as much work, Campbell argued, so senators rely more heavily on staffers to shoulder the load.

"We're running basically a $6 billion corporation here, if you really think about it," Campbell said. "We may not be the CEO — we'll give that to the governor — but we certainly are up there on the board, if you will. To do that for $110,000, I think, is absolutely reasonable."

Like Campbell, Smith said he doesn't look at time sheets and was unaware Cheney was paid that much for comp time. That makes for little oversight of how much time an employee is accumulating, the speaker acknowledged.

"I've never actually had somebody from [Legislative] Council question me about a time sheet," Smith said.

Veteran Sen. Dick Mazza (D-Grand Isle), a member of the joint Legislative Council Committee, said he was surprised by the lack of controls governing the pro tem's and speaker's payrolls.

"There should be some oversight," he said.

In case you think legislators have figured out how they're going to plug a $114 million hole in next year's budget, they haven't.

On the road toward doing that, they are taking unusual side trips. Starting this week, small groups of members will be summoned to closed-door budget brainstorming sessions at the Statehouse, according to House Majority Leader Sarah Copeland Hanzas (D-Bradford). Democrats, Republicans, Progressives and independents will hear anew the challenges they face and will be asked for their best ideas to cut $125 million to $150 million.

"There's some concern that it hasn't sunk in yet with all members the real challenges that we face on the budget," said Speaker Smith.

Sound like legislators are being called in to attend reeducation camp?

"It's not a reeducation camp. It's just a check-in," Smith said.

The public, of course, won't be invited.

"I think people would feel more comfortable," Copeland Hanzas said. "You don't want to have your name in the paper for being the one who decided to do the most egregious thing."

"I don't know why it hasn't been done in the past," Turner said, noting that, typically, budget talks are limited to the House Appropriations Committee. "I've always been critical of 11 people doing the entire budget."

Next week, when legislators head home for Town Meeting Day, they'll take with them a list of potential cuts to gauge the reaction from their constituents, according to Copeland Hanzas.

All of this is a way of sharing the pain — and the blame.

"We want to make sure we're listening to all ideas," Copeland Hanzas said.

Democrats aren't running from blame for the looming decisions, she contended: "We're in the majority. House Democrats will own the version of the budget we pass out of here."

This is, nonetheless, an unusual budget-building approach, admirable for its inclusiveness but also worthy of wariness. It looks a bit like House leaders are trying to gather as many human shields around them as they can for when the arrows start flying.

So far, in the month since Shumlin laid out his proposed budget, we've seen a few of his ideas abandoned, but no indication of what might stand in their stead.

The problem is that no one seems to like any of the potential alternatives. Lay off 400 state workers? Levy a $90 million payroll tax? Slap a tax on soda pop? Whack funding for the blind? So the new approach appears to be to throw all ideas at the wall and see which ones are still sticking in May.

Consider, for instance, a water-cleanup bill the House Fish, Wildlife and Water Resources Committee approved Friday afternoon. The state has to make a significant move to clean up Lake Champlain and other waterways or the federal government's going to make things unpleasant. The question is how to pay for it.

The bill would create a fund to help municipalities take cleanup measures using a 2-cent-per-gallon gas tax, a 0.5 percent increase in the rooms and meals and liquor taxes, new farm permit fees, and a $15-per-ton fertilizer tax.

"He didn't dissuade us from, at this stage of the process, from including any particular fee," Deen said. "This will not be resolved until the first week of May."

By then, when the legislature is due to wrap up for the year, a whole bunch of other significant budget decisions must be made.

Most proposals remain under consideration, including Shumlin's much-denounced 0.7 percent payroll tax, which is intended to reduce a health care cost-shift caused by low Medicaid reimbursements, Smith said. (The speaker cited one exception: He's dismissed Shumlin's proposal to use $1 million in lottery money for the Vermont Veterans' Home.)

Of the $90 million payroll tax, Smith said, "I don't think it has widespread support in the House, but I don't think people have had the chance to completely weigh what it means to take it off the table."

It's a big table. Everybody's welcome to pull up a chair and share in the bitter meal together.

Last July, the state commissioned a RAND Corporation study on what legalizing marijuana might look like in Vermont. Its report, released in January, cost taxpayers $20,000, with outside grants also contributing.

For their $20,000 investment, however, Vermont taxpayers didn't buy the rights to the report. That's because RAND insists on keeping the copyright, and on playing tough with copyright rules.

After Seven Days posted a copy of the report on its website under an article about it, RAND complained to the newspaper's third-party document-hosting site, Scribd, which subsequently took it down.

RAND spokesman Warren Robak later apologized, but said RAND was right to defend its copyright, just as news outlets defend theirs. He argued that publicly funded reports are commonly copyrighted. The report, he noted, is accessible on RAND's site.

Until Monday, Vermonters couldn't find the report on the state's website. After Seven Days inquired about whether RAND or Vermont owned the report, Agency of Administration Secretary Justin Johnson posted information about it on his agency's website — and a link to the report on RAND's site.

The original print version of this article was headlined "Comp Dime"