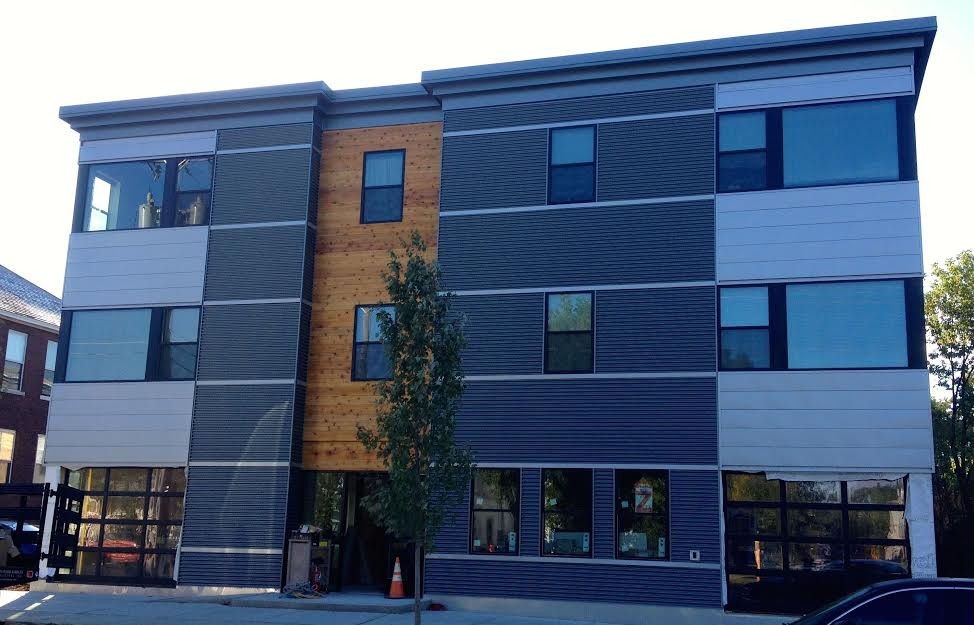 Correction 10/08/14: The photo that ran with an earlier version of this story, as well as in print, was incorrect. We regret the error.

As a cook at the Burlington School Food Project and a culinary instructor for the Association of Africans Living in Vermont, Kortnee Bush knows something about the diversity of Burlington's Old North End. A resident herself, she also knows the neighborhood doesn't have a wealth of dining or pub options.

It will get another in late November or early December, when Bush opens Butch + Babe's in the new building at 260 North Winooski Avenue. "I think people in this neighborhood want a place that's a once-a-week kind of place," Bush says. "It's nice to have a variety, with the ONE being such an eclectic mix of people. It's a nice way to introduce food from other cultures."

That eclecticism begins with Babe's chef, Narin Phanthakhot. A Bangkok native, Phanthakhot met Bush when he was sous-chef and she was dining-room manager at the ultra-luxe Barnard resort Twin Farms. Most recently, he worked at Worthy Kitchen in Woodstock.

The pair is just beginning to create a menu, but Bush hopes it will include a Thai dish or two. She says the ingredients, both flora and fauna, will be local and humanely raised.

Butch + Babe's will be open only for dinner to start; as hours expand, Bush hopes to hire refugees she met as a teacher. Either way, her friends' native dishes, from nations like Burundi, will likely grace the menu. Bush will pay equal homage to the meals she grew up eating in Chicago, where she was reared in the food industry by her grandparents, Richard and Marlene. Their nicknames — Butch and Babe — lend the restaurant its name.

Of course, drinks are part of the plan for this community pub, too. Bush says to expect six beers, six wines and six classic cocktails.