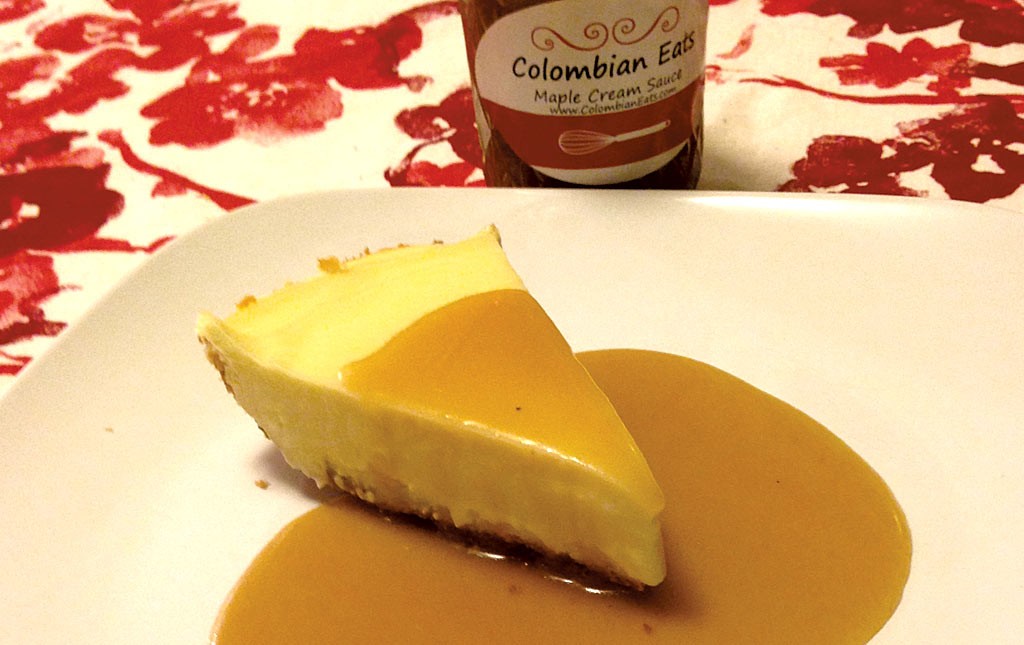 This winter's excess of precipitation is nothing new for Juanita Galloway. Her first seven years were spent in chilly, rainy Bogotá, Colombia. Galloway moved to Shelburne two years ago from Seattle. Now, under the banner of Colombian Eats, she's sharing her native cuisine with her new neighbors, rain — or snow — or shine.

For the past four years, the Seattle Culinary Academy grad and former event planner has been busy raising her two young sons. Two weeks ago, Galloway officially went back to work — by preparing her mother's Colombian cheesecake recipe.

"My husband wants to call it 'cloud cake,'" she says of the ultralight delicacy. Each time Galloway crafts a cheesecake, she follows a recipe written in Spanish on a note card by her mother. "It's very specific — the timing — everything about it has to be done exactly," Galloway says. "But it's foolproof every time."

Galloway's mother and aunt began selling their airy cakes in Bogotá more than 40 years ago. While their version was topped with an intense raspberry sauce, Galloway uses her refined palate to create her own sauces. Her menu currently includes raspberry (her own version), a blueberry sauce spiced with cardamom, and a maple-cream sauce that she makes with Palmer's Sugar House syrup.

Palmer's, located on the border of Hinesburg and Shelburne, is the first retail outlet to carry Colombian Eats' cake, blanketed in Galloway's cream sauce. The chef also takes private orders and is looking into summer farmers markets.

Galloway says she hopes to soon have options for diners who don't crave sweets. Within a year, she plans to sell arepas, flat corn cakes filled or topped with a veritable rainbow of cheeses, veggies and meats.

Galloway says she also plans to find a source for guascas, the Colombian herb she needs to make ajiaco, her favorite warming chicken-and-potato soup. If all goes well, by next winter she'll be helping Vermonters fight the chill, Colombian style.

The original print version of this article was headlined "Bogotá Bites"