Cohost of 'A Way With Words' Brings Her Own to Burlington 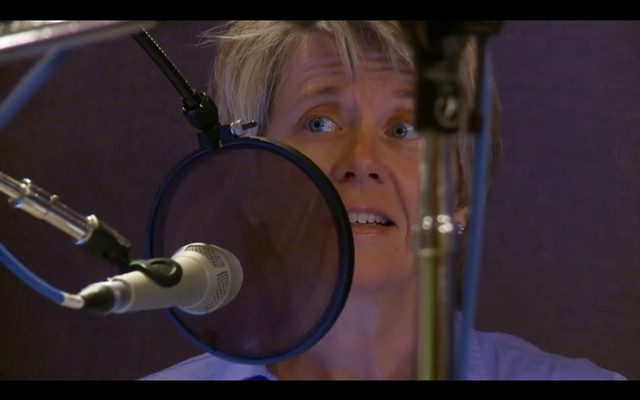 "A Way With Words," the hourlong public radio show cohosted by Martha Barnette and Grant Barrett, is something of a triple-fudge sundae for amateur etymologists and Scrabble fanatics. The two answer questions from callers about the origins of odd words, regionalisms and those funny expressions Grandma used to use. Sometimes they even field inquiries on correct grammar.

The show is broadcast in 300 North American cities; Vermont Public Radio airs it Thursdays at 9 p.m. and Saturdays at 6 a.m. Those who share a fascination with the English language can also check out the website, waywordradio.org. It recaps episodes and hosts discussion forums on topics ranging from "America's secret slang" to the expression "hell bent for leather" to the burning question "purse, handbag or pocketbook?"

Or you could ask Barnette questions in person when she headlines a fundraiser for the Burlington Book Festival on Saturday, September 17, at the University of Vermont's Dudley H. Davis Center. Kentucky-born Barnette, 58, a former reporter, is now based in San Diego, Calif., but travels frequently for speaking gigs. She's the president of Wayword, Inc., the nonprofit that produces the program, and has authored several books on word origins.

In advance of her Burlington appearance, Barnette spoke with Seven Days by phone about language, hiking, improv, and how the heck she and Barrett answer questions so quickly on the show. The following is an excerpt; read the rest of the interview on the Live Culture blog.

SEVEN DAYS: The tagline for "A Way With Words" says it's a public radio show about language "examined through history, culture and family." I assume the "family" part means, for example, expressions your grandma used. How do our families affect our linguistic memory?

MARTHA BARNETTE: Language is such an intensely personal thing. We learn it from our family at home, then later from our peers, and, when it comes to things like accents or regional dialects, we're largely oblivious, like fish unaware of water, until we're exposed to people who do or say things differently. It can be jarring, even disturbing. But Grant and I like to remind people that they also have the option to find it exhilarating.

Someone always says, "The cat needs let out," instead of "The cat needs to be let out." Hey, maybe there's a reason they have a different way of saying it — maybe they're from western Pennsylvania or someplace in that region, where that locution reflects Scots-Irish linguistic roots, including that particular construction. Instead of "Ugh," it could be a "Hey, cool!" moment.

SD: Do colorful or regional expressions tend to filter down through generations?

MB: I often ask callers if they plan to keep on using the "linguistic heirloom" they called to discuss, and some say they don't use it themselves or plan to teach it to their children — they just thought it was an odd, interesting thing that Grandpa said. But I'm especially moved by the ones who cling to those terms and adopt them into their own speech as a kind of memorial to that relative. There's a look that comes over people's faces when they talk about a word or phrase they inherited. It's like cooking up a family recipe and having that same aroma trigger an instant, vivid memory.

SD: On the show, you seem to have an answer to callers' questions almost instantly. Is the show pre-taped so that the necessary research can be done before you answer the questions? If not, how the heck do you and Grant Barrett have such quick and informed responses?

MB: Nah, we're not that bright. Seriously, it's our gig — it's what we do. Grant has spent many years as a dictionary editor for Oxford University Press, among others, and I've read and written about the topic for decades now. So, often we have a good idea of the answer in general terms, or we know where to look for it.

Here's how the show works. In the radio business, our show is what's technically known as a call-out, not a call-in. We've tried doing grammar and word origins live on the air, and it can be deadly. You get the same questions again and again, or you just have to say, "Yup, great question, and scholars have looked into it for years, but nobody knows the answer. Sorry!" Also, the fact that our show is taped means stations in 33 states can air it whenever it works best for them.

So, anyone who calls the show gets invited to leave a voicemail. We get around 300 phone calls and emails and inquiries on social media every week. (Clearly, a lot of people want to talk about language!) Someone goes through those and recommends about 30 potential callers that our brilliant producer, Stefanie Levine, then tries to track down in hopes of getting about 10 to agree to be on the air, which means giving us 15 minutes of their time on a Wednesday.

Stefanie schedules them so they're lined up like planes circling an airport, gives us an idea of what we should be prepared to discuss, and then, on Wednesday mornings, Grant and I go in and record all those scheduled calls as if it's a live show.

The industry term is "live-to-tape." In the show's previous incarnation, the producer spent a week in Boston learning the same format from the folks at "Car Talk." That's how these shows are done. You'll notice that they have consistently good callers — good talkers, animated, diverse in a variety of ways, with an interesting story to tell — and we do our best to make sure we do, too.

SD: Do you ever need to turn all this off and take a break? Is it possible to disengage from language?

MB: Ha! That's what hiking is for. And improv. I'm passionate about both. Hiking, because there really are no words for some of the vistas I've seen along the way to the top of a peak. Improv, of course, involves words, but it's also a fantastic way to get beyond them and tune into pure emotion. Don't get me started on the benefits of improv.

Naturally, I'm already reading up on Mount Mansfield and Camel's Hump and also hoping I'll have time to visit the Vermont Comedy Club while I'm there.

Oh, and juggling is also a good way to get beyond words and into that alpha state. I'm pretty serious about it, having picked it up in college when some of my friends were doing it. I'm pretty close to being able to juggle five balls now, which I'm told is approaching black-belt level.

The original print version of this article was headlined "Say What?"