Coba Stella, Now Is the Time 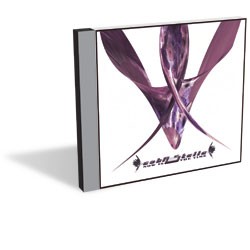 The evolution of Vermont hip-hop continues as Burlington’s Coba Stella release their first full-length, Now Is the Time. The record, a follow-up to the trip-hop trio’s debut last year, the EP Marigold, is a tantalizing appetizer that augurs well for both the future of the band and the increasing depth and diversity around Green Mountain hip-hop in general.

Singer Julie Winn is the group’s centerpiece, and from beat-dropping start to head-bobbing finish, she’s the star of the show. Winn is blessed with a rich alto, which she ably introduces on the album’s opening cut, “Rising.” Over a swelling phalanx of electro beats and synth, she approaches the mic with a sensuous, sly cool. You get the sense she’s capable of unloading diva-esque vocal acrobatics at any point. But here, and largely throughout the record, she shows commendable restraint, winding her smoky melodies around DJ Bhatch’s hypnotic beats and yielding to the overall chill aesthetic of the material.

Winn is similarly impressive as a lyricist. She has a background in social work and politics, both of which inform her high-minded approach. This is not vapid, ass-shakin’ dance music — though it’s certainly highly danceable. In the wrong hands, “music with a message” can be dopey and intellectually marginalizing. However, Winn attacks her prose with the same calculated savvy she displays as a vocalist. She favors insightful and often clever wordplay over stilted, bumper-sticker wisdom, especially on cuts such as the searing “Who I Am,” the rock-tinged “Social Construction” and the ambitiously heady title track.

At times Winn’s reserve almost works against her, though that has less to do with any flaws in her performance than with the general excellence exhibited by her cohorts, producer DJ Bhatch and multi-instrumentalist Mike Scott. This duo crafts dense, adventuresome soundscapes that expertly blend manufactured electronics with live instrumentation. “Take the Mic” is one such bombastic example, as a marching symphony of strings fights for space against a sinewy keyboard line. “Celebrate” boasts a smart, funkified reggae vibe, while “Worldwide” brings the mood down a bit with a dramatic piano progression propelled by a snappy, understated beat.

Now Is the Time isn’t perfect. The band’s trance-inducing ambience can be almost too anesthetic, too hypnotic. But, by and large, Coba Stella deliver a finely conceived and well-executed album that deserves a place in the collection of any local hip-hop fan.

Coba Stella celebrate the release of Now Is the Time at Nectar’s on Wednesday, August 31, with the Human Canvas.