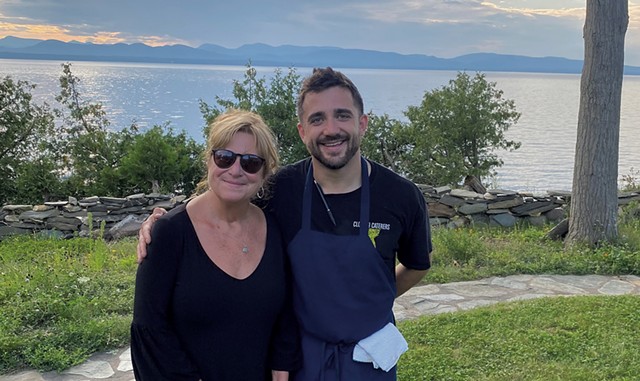 Stephen Coggio, executive chef of Cloud 9 Caterers, has launched a Colchester pop-up called Qué Rico Taquería as a test for a planned restaurant.

For his first takeout event, on October 28 at the catering business' headquarters at 142 Hegeman Avenue, Coggio presold all 100 tacos filled with tongue or tripe within 40 minutes, he said. The team is taking November off after a busy catering season, but he plans to hold pop-ups at least weekly in December and January.

Coggio, 28, has come a long way from his days as a youngster making salads at the now-closed Junior's in Colchester. He graduated from the Culinary Institute of America's Napa Valley campus and has worked in California, Italy and Mexico as a chef and farmer.

Among other jobs, Coggio worked on the farm for the Thomas Keller Restaurant Group, which includes the Michelin-starred French Laundry and Bouchon Bistro, both in Yountville, Calif. He returned to his native Vermont in 2019, after a year of working and traveling in Mexico, and joined Cloud 9, which was founded by his mother, Sarah Moran.

Qué Rico Taquería was inspired by the taco trucks and hole-in-the-wall eateries that Coggio experienced in Mexico and the abuelitas (grandmothers) with whom he cooked, he said. His tacos are traditional, topped simply with onions, cilantro and a choice of salsa, such as verde made with tomatillos, jalapeño and avocado; or salsa ranchera with charred tomatoes and onion, chile de arbol, and pork fat.

With a business plan and funding in hand, Coggio is seeking a restaurant space. "I'm just waiting for the world to rebalance itself," he said.

The original print version of this article was headlined "Offal Delicious"