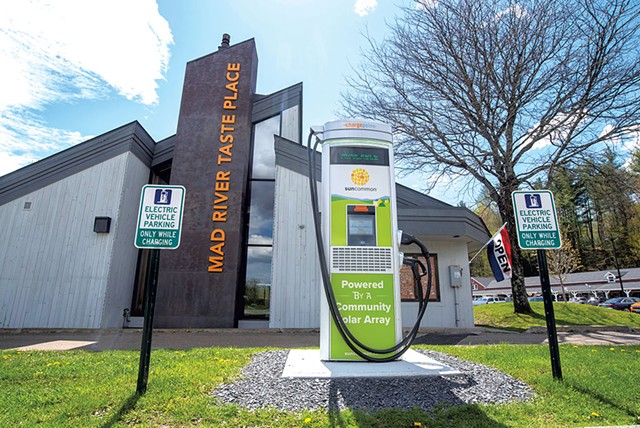 When the Vermont Senate passed its 2022 budget bill in late April, administration officials were less surprised by what was in the $7.1 billion bill than what wasn't in it.

Despite their heated rhetoric about the need to act urgently on the climate crisis, lawmakers had passed a bill that contained $28 million less in climate investments next year than Gov. Phil Scott had proposed.

"The idea that climate didn't rise to the same level for the legislature as it did for the administration was striking to me," Natural Resources Secretary Julie Moore said last week.

Most notably, the Senate declined to fund the governor's proposed $25 million to expand the network of public charging stations for electric vehicles: $5 million next year and $10 million each of the following two years. The state has about 300 charging locations, the highest per capita in the nation by one analysis. But in order to increase the 4,000 electric vehicles registered in the state today to the 46,000 needed by 2025 to hit Vermont's greenhouse-gas-reduction goals, a surge in new charging locations will be needed, Moore said.

"There is an inordinate amount of work to do, and I think, by waiting, all we're doing is losing 12 months of incredibly valuable time to be implementing these projects," Moore said.

Lawmakers are at a crucial phase of the budget process as members of the House and Senate attempt to reach consensus on competing versions of the spending plan, submit it for the governor's signature and adjourn for the summer by the week's end.

Lawmakers have heard Moore and other administration officials critique their proposed climate spending as lacking urgency, but they say it's the governor who lacks credibility on the issue.

Scott vetoed the Global Warming Solutions Act last year, which called for a 23-member Vermont Climate Council to draft a mandatory emission-reduction plan. The legislature overrode his veto to make it law. Administration officials are participating in the council somewhat begrudgingly, reserving the right to sue to block any resulting plan. Officials now say that, due to the tight timeline, the council may be able to deliver only a draft of the plan that is supposed to be finished by the end of the year, Balint noted. 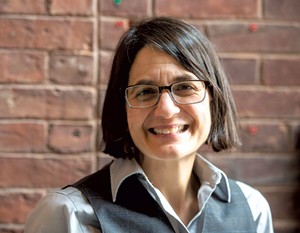 Bearing that context in mind, Balint said the Scott administration's claims of legislative foot-dragging fall flat. "It's hard not to feel like it's a play to burnish his cred," Balint said.

In Waitsfield, a new fast-charger outside Mad River Taste Place has been a game changer for the specialty grocer. Owner Robin Morris said the device, installed last summer with the help of a $75,000 state grant, can juice up most EVs to an 80 percent charge in about 40 minutes. Customers pay the company that operates the network, ChargePoint, based on how long they're hooked up.

The project came about after one of his customers complained there was no fast-charger in the Mad River Valley and she was going to have to wait hours at one of the handful of slower chargers, Morris said.

"The number of people who come up and thank us for putting it in is amazing," Morris said. "It's been really great not just for us, but for the community. I think every town in Vermont needs at least one."

That might be a stretch in the short term, but the numbers clearly need to increase dramatically in the coming years, said Dave Roberts, coordinator of Drive Electric Vermont, a statewide, public-private program that advocates for the transition to EVs.

"It's clear that we need more charging infrastructure to meet our climate goals, and the best path to get there is still a work in progress," Roberts said.

There are plenty of variables to determine how many chargers a region needs, he said. They include the ever-improving range of newer EVs, the number of people who have charging capacity at home and the number of proprietary chargers, such as Tesla's dedicated network.

The state's 300 charging destinations have about 822 individual ports, Roberts said. To support 46,000 EVs, the state would need closer to 4,000 ports, a nearly fivefold increase.

EV recharging times vary dramatically based on the size of the battery and the electrical capacity of the charger. Level 1 chargers, using the same 110-volt power as a typical household outlet, can take 12 hours or more to fully charge a vehicle's battery. Level 2 chargers, similar to the 240-volt outlets for heavy-duty electric appliances, cut that down to a few hours. Level 3 chargers, such as the one outside Taste Place, are the fastest but require more robust wiring.

According to a U.S. Department of Energy online calculator, assuming 80 percent of EV owners have chargers at home, the state would need 2,100 Level 2 charging ports at workplaces, 1,500 Level 2 public ports and 380 Level 3 chargers, Roberts said.

One key shortcoming is the lack of charging capacity at multifamily apartment complexes. While new developments are required to have the wiring in place to install chargers someday, property owners often don't spend the money to install them, Roberts said.

In recognition of that fact, this year's transportation bill includes $1 million in grants to encourage charger installations at affordable apartment complexes, Sen. Andrew Perchlik (D/P-Washington) said. The Senate wants to see how the $750,000 in grants offered last year plus the new $1 million grants work, then evaluate additional funding to expand the network, he said.

A place such as Vermont that counts on tourists from Montréal, New York and other urban centers needs a more robust public-charging network than an area that only needs to serve its residents, Moore said.

The state's hospitality industry has been particularly hard hit by the pandemic, and Scott feels strongly that investing in EV infrastructure would help draw people back to the state in future years, Moore said. She noted that Québec has particularly aggressive EV adoption goals, and Vermont would be wise to be as welcoming as possible to these northern neighbors. The province has set a goal of 1.5 million EVs by 2030, she said.

EV infrastructure is far from the only difference between the administration and the legislature on climate spending. Although the administration and lawmakers largely agree on several initiatives, including the need to boost weatherization spending and set aside $100 million to carry out the recommendations of the climate action plan expected later this year, they differ on others.

Lawmakers did not fund Scott's $10 million to help homeowners switch to lower carbon fuel sources, though they have included other funding to support renewable energy. Nor had they originally approved his plan for $25 million over three years to bail out property owners in places prone to frequent floods. That shifted Tuesday afternoon when lawmakers who are part of the six-member conference committee on the budget said the measure "fell through the cracks" and agreed to include the $5 million the governor requested for next year.

During most budget debates, lawmakers squabble over scraps to fund their priorities. But this year, thanks to the latest round of coronavirus relief funds, there is literally more money than people know what to do with. Of the $1 billion in American Rescue Plan Act money on tap, the Senate chose to spend about half this year.

The Scott administration's choice to highlight these relatively minor differences in a $7.2 billion state budget when so much is in flux appears to be political posturing, Balint said.

The federal guidance on how the state can spend the American Rescue Plan Act funds just arrived last week, Balint noted. Further, unlike earlier rounds of federal stimulus, the latest infusion doesn't have to be spent until the end of 2024. Another round of federal infrastructure spending is being discussed and could arrive later this year. Balint also noted that the Vermont Climate Council's plan is months away.

"The plan is coming! Aren't they supposed to tell us the smartest way to spend this money? Isn't that why we worked our asses off for a veto override?" Balint said.

Moore argues that since transportation generates 45 percent of Vermont's emissions, the state doesn't need the plan's details to know it must do all it can now to accelerate the shift to EVs.

That's why she calls the administration's proposals "no regrets" climate investments — because there's no way the state can go wrong with them, she said. The state Agency of Transportation has significant experience with getting chargers installed, and the work can be time-consuming, Moore said. And given the 2025 goal, the state has less time than lawmakers may realize.

"Three years sounds like a long time," Moore said, "but it'll go by in the blink of an eye."