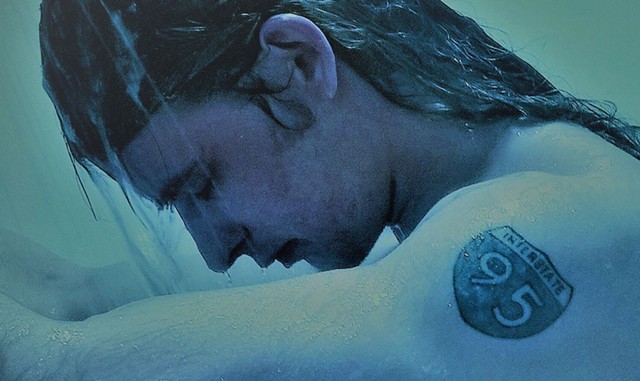 Vapor clouds steamed out of the sides of a shiny steel dishwashing machine as I weaved through a tightly packed kitchen. I was two years sober, and it was my first day of training at my new restaurant server job. Although I hadn’t originally intended to work as a server after moving to Vermont to start my artist residency, I was nonetheless grateful to have found a secondary source of income.

I had spent the last several years working at a restaurant down in the city, and I had heartily enjoyed my time in the service industry. The months that I spent climbing up the ranks from busboy to bartender had taught me crucial lessons about the value of teamwork and unity in my early days of recovery. There was an unbreakable bond that restaurant workers shared. We experienced triumphant victories and crushing losses together, and we collectively reveled in the undeniable sense of ecstatic fulfillment that came from completing a successful night of service.

As I paced past rows of perfectly folded napkins and handwoven bread baskets, I took a moment to study the seasoned servers around me. They were coasting through the kitchen pantry with smooth and graceful movements. It was a flawlessly coordinated culinary ballet. Standing in the middle of the hallway, I felt like I was a loose and misaligned cog in a well-oiled Swiss clock. My crisis of confidence was interrupted when a tray of empty butter containers got slammed down on the counter in front of me. A fast-talking server then swiftly handed me five massive sticks of butter. She continued walking as she spoke in a vexed and harried tone: “The kitchen mixer is in the back. Make yourself useful and churn the butter. Service starts in five minutes.”

I froze like a deer in high-beam headlights. I had no idea where the kitchen mixer was even located, let alone how to use it to churn butter correctly. After clumsily stumbling through the kitchen for several minutes, I came across an intimidating silver machine. Sweat dripped down my face as I feebly attempted to move its mixing bowl into the correct position. I was afraid that I would make a mistake, but I was more afraid to ask for help. I flipped a switch in an act of blind faith. Within moments, the machine kicked into gear with an intimidating roar. Large chunks of butter began to ricochet outside of the bowl, forming a wide and messy circle of destruction on the counter. I had unintentionally selected the fastest setting on the mixer, and I didn’t know how to turn it off. Without warning, an experienced server swooped in and unplugged the machine. I hung my head in shame as I prepared for the tongue-lashing of the century. Instead, the server who had rescued me addressed me with compassion and patience. “Don’t worry. Butter is just butter. The mixer isn’t broken. The important thing is that you’re okay. You should have said something earlier. We’re here to help you learn how to do things the right way! You don’t have to do this all alone.”

As the older server began to show me the correct way to use the mixer, I realized that the worst mistake that I had made that day was refusing to ask for help. As long as I was willing to swallow my pride and turn to others in times of need, I would never have to suffer through my problems alone and afraid.