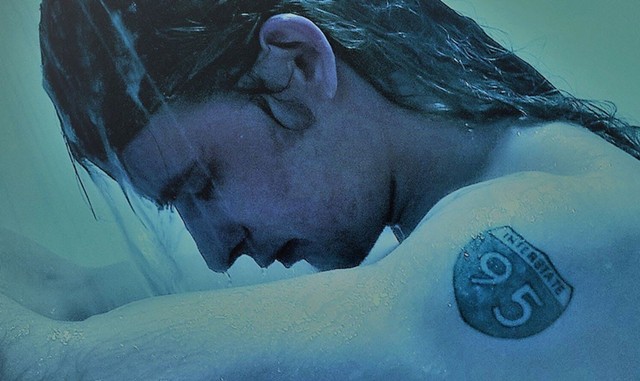 The harsh sounds of scribbling pens and clattering plates rattled my eardrums as I paced back and forth behind a polished wooden counter. I was two years sober, and I had just finished my first shift as a bartender at an upscale inn in southern Vermont.

As I bent down to pick up the plastic mats that lined the floors behind the bar, I felt a deep and dull ache in my overworked calves. I heaved a plaintive sigh as I trudged past a row of exhausted servers, who were busy completing their financial paperwork as they exchanged wry quips with one another. After stumbling through a creaky swinging door, I plopped the mats down on the floor and walked towards the kitchen closet to grab a mop and bucket.

Upon returning to the tavern, I came across the manager of the inn. She walked up to me, dropped a set of keys in my hand and spoke with authoritative gravitas as she stared directly into my eyes:

“Here are the keys to the inn. It’s up to you to close the place. I’m sure the head bartender taught you what lights to shut off and what doors to lock. You did a good job tonight. Make sure that you double-check everything before you go. We’re counting on you!”

As I held the keys in my hand and watched her walk through the doorway, I was overwhelmed with gratitude. I felt a surge of pride course through my body as I wrung out my mop and began to swish it across the surface of the floors. I had never been entrusted with the keys to a business before in my life, and it was immensely satisfying to know that the time I had spent in recovery had allowed me to earn the good faith of my fellow workers.

As the rest of the servers gradually trickled out of the inn, a peaceful silence began to fall over the room. After swabbing the last droplets of water off the floor, I dusted myself off and commenced with my nightly closing routine. I swaggered through the halls in a state of childlike glee, flicking off the lamps with theatrical flair. For a brief and shining moment, I was master of my domain, and I was floating high on a cloud of confident exuberance.

My triumphant parade was cut short when I came across the first door that I needed to lock. I reached my hands into my front pockets, and the keys were nowhere to be found. As I frantically retraced my steps, I felt tears well up in my eyes as my mind conjured nightmarish visions of future angry lectures from my bosses. I held my face in my hands as I slumped against the wall. I had finally been entrusted with an important responsibility, but I had completely failed to uphold my promise to my coworkers.

It was then that I understood that the ultimate gift of recovery wasn’t the approval of my peers. It was the ability to deal with unfavorable circumstances with serenity and clarity. As I took a deep breath and regained my sense of inner calm, it occurred to me that I hadn’t taken the time to look in my back pockets.

I reached behind me and pulled the keys out, then took a moment to reflect on the lesson that the situation had taught me. I understood that the ultimate keys to maintaining my sense of self-worth were patience and self-awareness, and I knew that those qualities would open more doors for me than any shiny key ring ever could.