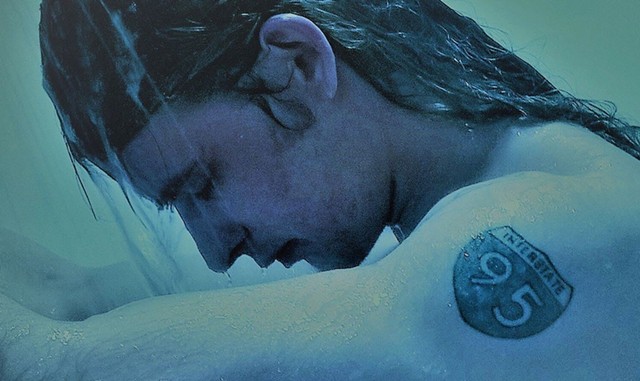 The sounds of whispered conversations and shuffling feet blended into a bewildering commotion as I watched groups of talkative and well-dressed attendees file into neatly ordered rows of plastic chairs. I was three years sober, and I was moments away from beginning the second of my two separate speaking engagements at the Aspen Institute.

My public performances had always been preceded by a painful period of neurotic anxiety. In recovery, I had learned how to harness my fear and tension to create a state of intense and focused hyper-awareness. This inventive coping mechanism had allowed me to move forward with my life in ways that I had never believed possible, but it came with a noticeable downside: Every high-pressure performance was a delicate and dangerous feat of emotional acrobatics. I constantly teetered on the edge of mental collapse, held back by nothing more than a tenuous tightrope of willpower and grit. Moments before my performance was scheduled to commence, I felt a faint buzz emanating from my pocket. I reached down to pick up my phone and saw a brief and devastating message from a girl I had been dating for several weeks.

“Hey. I’ve taken some time to think about whether or not I want to keep seeing you, and I’ve made my decision. I really like you, but I have too much going on in my life right now to get involved in a serious relationship. I wish you nothing but the best.”

I felt the metaphorical cord that was holding me back from the dark abyss of emotional instability instantly snap under the additional weight of my romantic letdown. In my compromised and fragile state, my fear and anxiety were too powerful to effectively channel into my performance. I knew that I could no longer repress and redirect my feelings, but I didn’t know how to face and accept them. It was then that I remembered the wise words that a friend from my sobriety fellowship had once told me when I was facing a similar situation early on in my recovery:

“When we make the decision to abandon our old ways and find a new way of life in sobriety, we often find it difficult to abandon our other destructive behavior patterns, as well. As crazy as it sounds, some of us are just as addicted to the pain and chaos of life in active addiction as we are to our substances of choice. When we come to realize that it is possible to live without that chaos, we find that we are able to experience true serenity by living life on life’s terms. If we can leave our character defects and damaging behaviors behind, it opens up a new world of promise, serenity and fulfillment. We just have to become willing to let go.”

As the event’s facilitator took the stage, I experienced a blinding epiphany. I realized that I wasn’t just addicted to drugs — I was also addicted to unsustainable coping mechanisms. I had gotten to a point where I was no longer shackled by my chemical dependency, but it was time for my healing to take on a new dimension. I understood that just as I was responsible for my chemical abstinence, I was also responsible for my emotional stability. As I cleared my throat and began to speak, I felt my anxiety begin to evaporate as I looked out toward the audience and confronted my fears. Recovery hadn’t just given me the strength to stay away from addictive and damaging substances — it had also given me the strength to stay away from chaotic and destructive coping mechanisms.