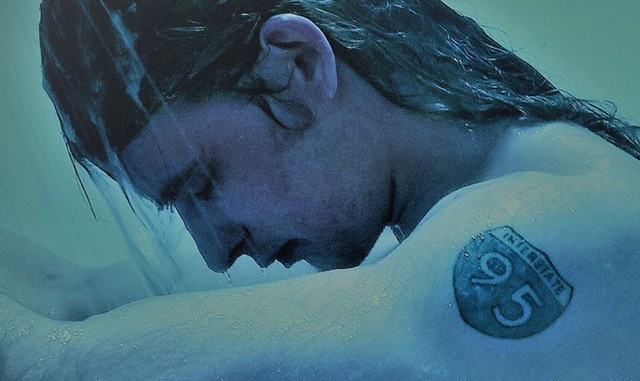 The evening sun illuminated the crests of faraway mountains as I walked toward the door of a small apartment building. I was four years sober, and I was looking forward to participating in a lively recording session. A talented young rapper had invited me to listen in on a recording session at his home studio and offer my feedback. Although his lyrical style was vastly different from mine, I was nevertheless excited to lend an ear and provide whatever creative insight I could.

Upon entering his apartment, I saw several musicians congregated in the hallway with smiles on their faces. As I stretched out my hand to introduce myself, I heard one of my favorite hip-hop beats playing in the background. It brought back memories of the unforgettable nights I had spent making music with my friends in my early adolescence. It was a point in my life where I felt like anything was possible. Sadly, it was also the point at which I began using drugs and drinking alcohol. As my addiction continued to escalate, I drifted further and further away from my musical aspirations. After getting sober and clean, I was able to find the freedom that I had formerly sought in addictive chemicals by reinventing myself on a personal and artistic level. Instead of writing raps that glorified drug use, I made music that celebrated recovery and self-actualization. By doing so, I was able to take control of my creative destiny in a way that I never thought possible while I was getting high.

As the instrumentals continued to play, my nose picked up a scent that was all too familiar. It was the smell of liquor and beer, which conjured memories of a distinctly more destructive and hedonistic nature. I was instantly gripped by strong, visceral cravings. Although I had become accustomed to being around alcohol during the years I had spent as a sober bartender, this situation was different. It wasn’t the presence of alcohol or drugs that was triggering my cravings – it was the cultural association. I had built a new life for myself as a sober rapper, but there was a part of me that still believed that my creative persona was inextricably tied to my past substance use. I didn’t want to leave the session, but I knew that I had to get out of there in order to prevent a relapse. Suddenly, I remembered the closing line of a song by my favorite sober rapper, which reaffirmed my commitment to my lifestyle change in an incredibly resonant way:

“I used to dream of living, now I’m living my dreams. No matter what it takes, my goal is to stay clean.”

After taking a moment to pause, breathe, and reflect, I realized that I didn’t love hip-hop because hip-hop culture embraced hedonism. I loved hip-hop because hip-hop culture embraced truth and self-knowledge, and my truth was that I needed to stay sober in order to stay alive. I said goodbye to the rapper and his crew, left the apartment, and walked toward my car. I put my key in the ignition, queued up an inspiring recovery rap playlist and felt my spirits begin to lift as I drove to a meeting. I was grateful to be living in the solution, and I was ready to do whatever it took to stay clean one day at a time.

Keep moving forward.
Run toward the truth.
Don’t quit before the miracle happens.


Benjamin Lerner is a recovering addict, composer, writer, musician and radio host. He has been sober since June 13, 2016. In his weekly column, "Clean," originally published in Vermont News Guide, he shares his personal journey and lessons learned from his life in recovery. Columns published before July 12, 2020, can be found here. Newer installments are available on sevendaysvt.com.