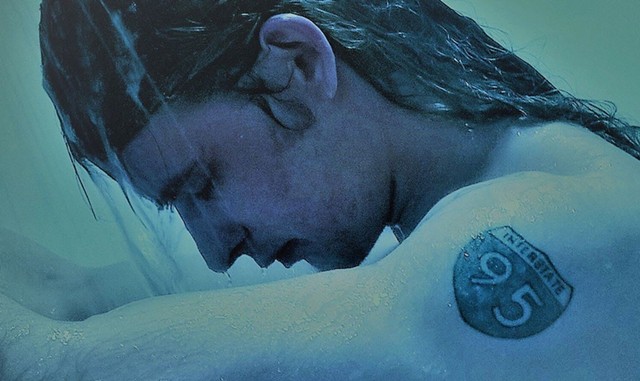 Rickety floorboards groaned underneath my feet as I quickly shuffled towards the doorway of a rustic and cramped studio apartment. I was three years sober, and I had just been broken up with by a girl whom I had been seeing on and off for the past several months.

I struggled to hold back tears as I made my way down the staircase outside her apartment. After bursting through a heavy wooden door onto a sunlit and empty street, I kicked up clouds of dust as I sprinted towards my car. I plopped down in the seat, turned the key in the ignition and turned up the radio as loud as possible. I didn’t want anyone to hear me cry.

I buried my face in my sleeve and began to softly sob as a vivid slideshow of our shared memories flickered in my mind’s eye. Although our relationship had started off as little more than a casual romantic fling, it had gradually metamorphosed into an intense and powerful emotional connection. She was the first true friend I had made outside my work circle after I had moved to Vermont, and I was heartbroken that she had chosen to sever her ties with me.

Although we were starkly different in terms of our interests and lifestyle choices, we had found common ground through our shared struggles with mental health. The comfort and support that we had provided each other had allowed us to effectively navigate crucial periods of transition in both of our lives. Unfortunately, we had become mutually codependent in the process. In the weeks leading up to our breakup, the coping mechanisms that we had developed as a result of our past traumatic experiences had manifested through a series of erratic behaviors. I would overcompensate due to my fear of rejection, and she would dissociate from reality and close herself off to avoid getting hurt.

As I sat in the car and reflected on our relationship, feelings of resentment and anger started to spark and smolder inside me. I was hungry for closure and absolution. I felt like she owed me an explanation for her sudden decision to stop seeing me. A scornful frown spread across my face as I began to overanalyze her self-destructive habits in an attempt to rationalize my own behavior. In my vulnerable and shaky state, I felt that my several years of sobriety had given me the license to lash out at her and criticize her faults. I grabbed my phone and began typing out a fierce and self-righteous tirade, sneering with feverish intensity as my thumbs clumsily hammered out impassioned messages on the screen.

As I hovered my finger over the “send” button, I winced with self-hatred as I contemplated my next move. I knew I was wrong for taking out my frustrations through a mean-spirited message, but I was blinded by feelings of emptiness and inadequacy. I didn’t know whether I could continue to live without her validation and approval. It was then that I realized I was equally powerless over my codependent tendencies as I once was over my addiction to drugs and alcohol. She didn’t owe me anything, but I owed it to both her and myself to put the principles of forgiveness and understanding into action.

I deleted the message, powered off my phone and took a deep breath as I released my parking brake and drove away from her apartment building. Recovery had given me the courage to move forward after heartbreak and the clarity to recognize my own shortcomings.