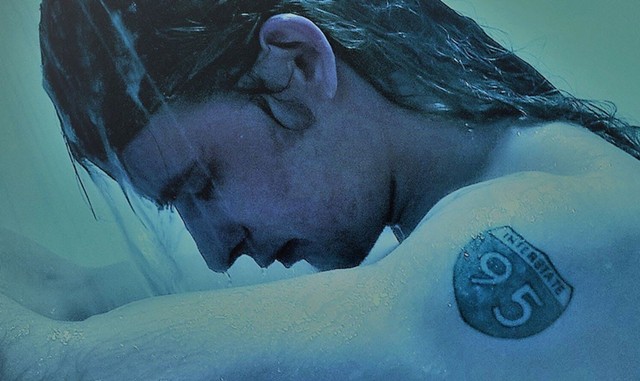 Harsh and energetic rock music blasted through the stereo in the main room of my mountain house as I rustled through the contents of a weathered plastic toolbox. I was two years sober, and I had been attempting to fix a clogged sink for the past several hours. After a prolonged period of procrastination, I grabbed the largest monkey wrench that I could find and headed back towards the bathroom. I had no plumbing knowledge to speak of, but I remained obstinately determined in my efforts to solve the problem.

As I lay down underneath the sink, my eyes drifted towards my father’s old first aid box in the back of the cabinet. Memories of years past danced through my mind as I struggled to situate myself in a comfortable position. I recalled the trips my father and I had once taken to the house when I was a young child. During the time we spent together, he had attempted to teach me valuable lessons about self-reliance and perseverance. As my addiction began to worsen in the later years of my adolescence, he would often reference our past trips to the Sandgate woods with a hint of wistful dissatisfaction in his voice. Looking back, it was clear he was disappointed that he had been unable to teach me the discipline necessary to control my chemical compulsions.

Although I had managed to eventually earn my father’s acceptance as a result of my lifestyle changes in recovery, I still felt that I was entirely unprepared to take on the responsibility of looking after the house he had given me. With every unsuccessful twist of my wrench, it felt like I was moving further away from living up to his expectations. After half an hour of continuous slogging, my shirt was soggy from sweat and my hands were starting to blister and bleed from the friction.

I slammed the wrench down on the ground in a fit of bitter exasperation and reached towards the first aid kit to grab a bandage for my inflamed fingers. After opening the top of the box, my heart skipped a beat when I saw what was inside of it. Several bottles of my father’s old prescription pain medication lay next to a box of bandages and a roll of gauze. I froze in a state of dissociative shock as my hands began to tremble. In my emotionally vulnerable and compromised state, it felt like the entire universe was conspiring against me. My breathing pattern became rapid and erratic as I struggled to maintain my composure. I was trapped and isolated in a bottomless pit of self-pity and uncertainty. I didn’t know what to do.

It was then that I realized that the unbudgeable sink pipe served as a perfect metaphor for my inability to move past my own trauma and insecurities. I understood that there was no wrench in my toolbox that could easily unscrew the rusty pipe joint, and there was no pill that could instantly heal the root of my emotional pain. After a brief moment of reflective contemplation, I put the wrench down, dusted myself off and threw the pills in the trash. In my eagerness to prove to myself that I was worthy of my father’s approval, I had overlooked one of the most important lessons that I had learned recovery: No matter how much discipline and determination you possess, true growth is only possible through surrender and self-acceptance.