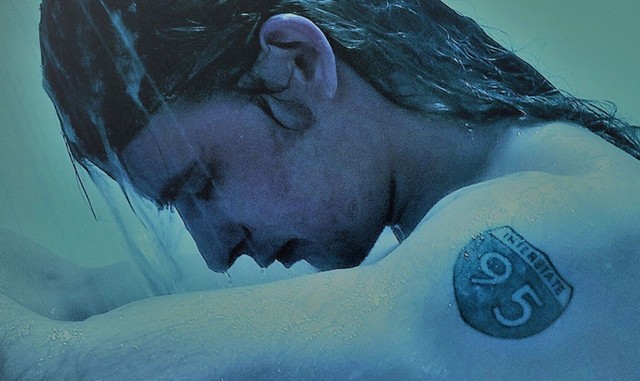 Dim light emanated from my computer screen as I scrolled through a series of unsettling online news articles. I was three years sober, and I was struggling to come to terms with a situation that was far beyond my control. It had only been a few weeks since the onset of the COVID-19 pandemic, but emergency lockdowns were already starting to take effect all across the nation. My creative projects had been put on hold, my upcoming live shows had all been canceled, and I was feeling restless, irritable and discontent. It had been several days since I had seen another human being face-to-face, and I was beginning to regress into patterns of self-destructive isolation. I was starved for human contact, but I didn’t want to run the risk of reaching out to someone else and dragging them down with me.

Tears welled up in my eyes as I languished in my self-imposed prison of negative fixation. I began to think back on the worst period of my active addiction, when I had been held back by a similar sense of helplessness and fear. After making the decision to seek out a better way of life in recovery, I had spent several years working to reclaim my sanity and sense of self-esteem. I was finally in a place where I was sober, stable and self-sufficient, but it seemed like my progress was all slipping away in front of my eyes. I felt powerless and desperate. I didn’t know what to do.

Suddenly, my phone rang. It was the producer who ran the music studio that I worked at. I hadn’t picked up a phone call in several days, but something deep inside me told me to answer it. After a brief exchange of casual pleasantries, he asked me a question that I was terrified to respond to:

“How are you doing?”

I wanted to put on a front and tell him that everything was all right, but I didn’t have the strength. I knew that denying the truth would only take me further away from the solution that I had found in recovery. I cleared my throat, dried my tears and proceeded to speak from the heart.

“To be honest, I’ve really been struggling. I’ve worked so hard to get sober, but I don’t know if I have the strength to deal with all of this uncertainty and keep going.”

After a brief moment of silence, my producer responded with the following words:

“When I first met you, you told me how all of your toughest challenges had served as powerful lessons. I know that this is a scary and uncertain time, but you’ve dealt with overwhelming change before. You know what it’s like to feel scared, alone and helpless in active addiction, so you are one of few people who truly understands how to move past the feelings of desperation that everyone is collectively experiencing now. I don’t just think that you can make it through this — I think that you’re in a perfect position to help other people, as well.”

After thanking my producer for his words of encouragement and hanging up the phone, I began to reflect on the power of faith and surrender. I was powerless over the pandemic in the same way that I once was powerless over my addiction, but the time I had spent in recovery had taught me that true strength came from acceptance. By accepting the things that I could not change, I was able to draw on an untapped reservoir of courage to change the things that I could. I was grateful to be alive, grateful to be sober, and ready to face the future and all of its challenges.