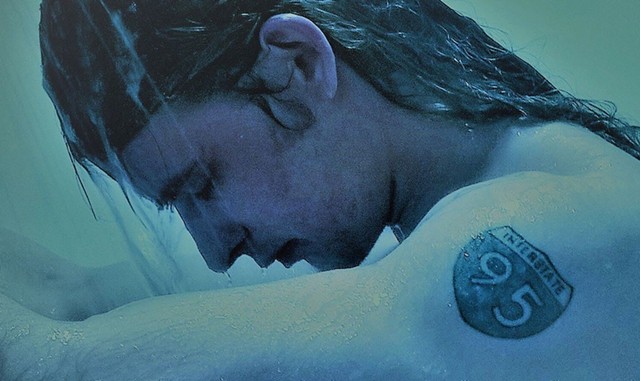 Peppers and onions crackled in a cast-iron pan as I darted back and forth with energetic intensity. I was four years sober, and I was putting the finishing touches on a flavorful three-course meal. My girlfriend was scheduled to arrive home from work at any moment, and I was looking forward to surprising her with some gourmet food. I had gone to extensive lengths to procure her favorite vegetables and sauces from the grocery store, and I had made every effort to season and prepare the dishes in a way that was appealing to her. I lit some scented candles, turned on a musical playlist with her favorite songs and dimmed the lights to create a romantic atmosphere. I was determined to provide her with a soothing and enjoyable experience that would help relieve her stress and anxiety.

As I placed the silverware and napkins on the table, I saw her car pull up outside of my apartment. I threw the last dirty pan in the sink, washed the grease off of my hands and skittered down the stairs toward the doorway. I walked toward her car as she stepped out of the driver’s seat, gave her a big hug and offered to carry her bags inside for her. As we walked back to my apartment, it was overwhelmingly evident that she was exhausted beyond belief. She had a crestfallen look on her face, and my awkward attempts at cheery small talk were met with placid indifference. Upon entering the apartment, she dropped her purse on the ground, kicked her shoes off and collapsed into a padded armchair. She heaved a heavy sigh as she closed her eyes, then turned to me and spoke the following words in a weary monotone:

“It was really nice of you to make me dinner, but, to be honest, I’m not in the mood for it. I ate a hamburger at work already, and I just want to go to sleep. Can you put the food in a plastic container so that we can eat it tomorrow? I’m going to go take a shower and get ready for bed.”

I forced the corners of my mouth into an insincere smile as my ego deflated like a ruptured balloon. As I began clearing the table, I became instantly consumed by overpowering feelings of frustration. I didn’t want to accept that my efforts had been in vain.

Suddenly, it occurred to me that although I had gone to extensive lengths to cook an extravagant meal for my girlfriend, I had failed to truly take her feelings into account while preparing it. She had spent the whole day catering to guests at the restaurant where she worked. I knew how emotionally draining it was to work in the service industry from my own personal experience.

I realized that the best way that I could reward her for her hard work was by casting my ego aside and agreeing to her request without scorn or resentment. Although I might have originally wanted to express my love for her through my culinary creation, I still had a chance to make her day better by providing her with the care and comfort that she truly needed. I turned off the hot water, gave her a kiss on the cheek, grabbed her favorite warm plush bathrobe and hung it on the hook for when she finished her shower. Recovery had given me the ability to detach from my need for validation and approval – and the opportunity to be of service to the people I loved.

Keep moving forward.
Run toward the truth.
Don’t quit before the miracle happens.


Benjamin Lerner is a recovering addict, composer, writer, musician and radio host. He has been sober since June 13, 2016. In his weekly column, "Clean," originally published in Vermont News Guide, he shares his personal journey and lessons learned from his life in recovery. Columns published before July 12, 2020, can be found here. Newer installments are available on sevendaysvt.com.