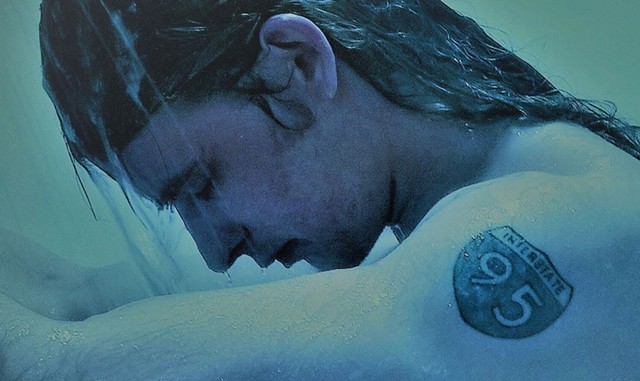 Cool air streamed through my car windows as I turned onto a narrow and crowded bridge. I was two years sober, and I was on my way to pick up a friend from a nearby bus station. After sleeping on the streets for several months, he had reached out to me over social media to ask if he could stay at my house in Sandgate for a few weeks. He had always treated me with compassion throughout the course of our friendship, so I felt it only fair to repay his kindness.

I saw him standing on an uneven concrete curb as I pulled into the bus depot. I parked my car, walked towards him and greeted him with an outstretched hand. As we drove north towards Vermont, we traded stories of times past while hip-hop music blared through my car speakers. Our lives had taken very different paths, but it felt good to reconnect with an old friend and share some moments of carefree laughter.

Several miles from the Vermont border, I pulled into a gas station to refuel my car. My friend stepped out from the passenger seat as I placed the pump nozzle into the fuel tank. He then walked towards me as he began to speak:

“It’s too bad that you don’t have enough self-control to be able to drink anymore. I get that you’re sober now, but can you buy me some beer? I don’t have that much money, but I’m going to clean your house while I’m staying up there. You can consider this part of my payment for those services.”

I grit my teeth with hateful resentment as I stewed over his audacious request. I couldn’t believe that he had the nerve to insult my sobriety after I had offered him a free place to stay.

As I readied a vengeful tirade, I watched him pull a half-smoked cigarette from behind his ear. He then grabbed a nearly empty lighter out of his pocket and flicked it several times, to no avail. As he held his unlit cigarette in his hand, I saw a look of dissatisfaction and unease in his eyes that I recognized all too well. It was the look of a man who was broken, lost and searching for meaning. I felt my facial muscles relax as I remembered how it felt to be desperate and penniless with nowhere to turn. Although it might have felt good to channel my anger and frustration into a scathing retort, I knew that every unkind word I directed at him would only exacerbate his hopelessness and pain. I took a deep breath, looked directly at him, and spoke with confidence and restraint.

“I’m not going to buy you beer, but I have some groceries at my studio apartment in Arlington that you can take with you up to my house on the mountain. I know it might seem hard to believe, but I’m happy to be sober. If you ever want to stop drinking, I’ll gladly help you.”

My friend nodded understanding, then shuffled back towards his seat as I closed up the gas cap and pulled my receipt out of the machine. As we resumed our journey, I watched the southern Vermont mountains draw closer on the horizon while I pondered the true meaning of the word “compassion.” I was happy that I had managed to treat my friend fairly and decently without enabling his addiction, and I was grateful that recovery had given me the chance to be there for him in his time of need.