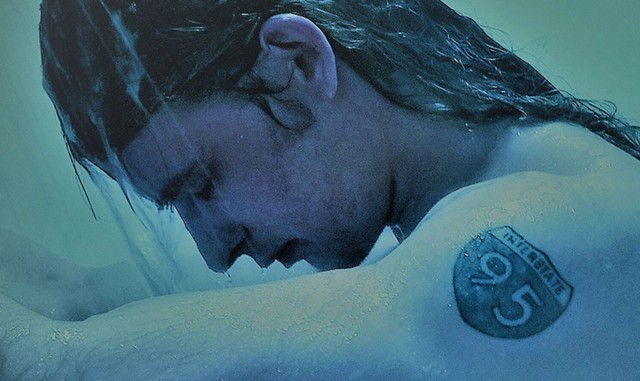 Energizing music blasted out of my computer speakers as I ran hot water over a dingy scrub brush. I was three years sober, and I was cleaning my apartment from top to bottom. After spending several hours sweeping dust out of narrow nooks and crannies, I had moved on to the herculean task of scouring my kitchen appliances.

I let out an irritated sigh as I opened the door of my microwave. Its dirty walls served as a perfect metaphor for my mental state. It had been over a month since the start of the COVID-19 pandemic, and my self-isolating behavior had resulted in an internal explosion of emotional distress. Due to the fact that I had been unable to attend any in-person sobriety fellowship meetings, the darkest corners of my subconscious mind had become caked in impenetrable layers of depression and resentment. As I stared at the equally dense layers of grease inside of my microwave, I was overcome by a surge of hesitant fear. I was feeling run-down and depleted, and I didn’t know if I had the necessary patience and discipline to complete my arduous chore.

After a painful moment of hesitant procrastination, I pressed the bristles of the brush onto the side of the microwave and began scrubbing with all my might. Although I managed to eliminate the majority of the stains with a few minutes of concentrated effort, there were still several hard-to-reach crevices that seemed impossible to clean. No matter how hard I pushed or how fast I moved my hands, the stubborn discolorations remained unchanged. Undeterred, I began rocketing my elbow back and forth with frantic passion. My hands cramped up as an electric shock of pain ran through my fingers. As I watched the brush drop down onto the ground, it felt like my ego was shattering into a thousand pieces. I was exasperated and hopeless, and I felt like I was entirely alone.

Suddenly, I heard my phone ring. It was my friend from my recovery fellowship. I put the phone to my ear as I slumped down on the floor next to my kitchen counter. His affect was jolly and exuberant as he fruitlessly attempted to make friendly small talk with me. In the middle of one of his humorous stories, I interrupted him with an angry and self-important message:

“I can’t talk right now. I have to keep cleaning my house. You’re distracting me, and it’s not helping.”

An awkward silence followed my terse and indignant proclamation. After a long and pensive exhale, my friend replied in an incredibly wise and compassionate fashion.

“From the tone of your voice, it sounds like you’re taking much better care of your personal belongings than you are of yourself. I was calling up to invite you to an online sobriety fellowship meeting, and I really hope you join me. It’s much more important to clean house in a metaphorical manner by reaching out and asking for help than it is to obsess about household chores.”

His words hit me with the force of a cataclysmic meteor. I had been living in a prison of self-imposed misery for so long that I had lost sight of what was really important. I put the brush on the counter, wiped down the microwave, closed its door and walked over to my table to join the online meeting. By applying the principles of open-mindedness and acceptance, I had managed to overcome my obsessive anxiety and make a newfound commitment to self-betterment.