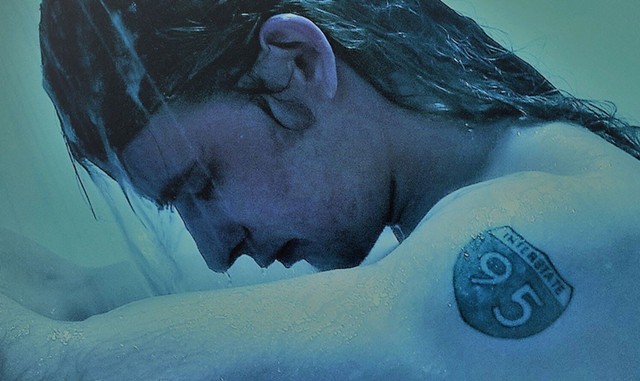 Sunlight reflected off of polished mahogany boards as I sat in the empty dining room of an elegant country restaurant. I was three years sober, and I was scheduled to meet with the owners of the fine-dining establishment I had been working at for several months.

In the weeks leading up to our meeting, I had cut back on shifts at the peak of the fall tourist season due to a series of artistic commitments.

After sitting in silence for several minutes, I heard the faint and creaking sound of a turning doorknob. The owners walked into the room, followed closely by the restaurant’s head bartender. They were friendly, as always, but I knew all too well where the conversation was leading. After a long moment of silence, one of the two owners spoke the words I had been dreading to hear:

“It’s been great having you work here, and we really appreciate everything you’ve done for us! Still, we’re going to have to hire a new bartender and reduce your service shifts down to two a week. We know that you’ve been busy with your musical projects — and we completely support that. We are very happy for you! Still, we have to make sure that the restaurant is properly staffed for the holiday season.”

I gave a forced smile and nodded my head as I pondered the weight of their words. As the conversation concluded, I shook the hands of the bartender and owners, then walked out to my car in a dissociative haze. I opened the car door and slumped in the seat, clutching my keys tightly in my hand as I struggled to maintain my sanity. My fear of financial ruin had left me paralyzed in a state of pessimistic frenzy. I had left the comfort and familiarity of my hometown behind to pursue my artistic career in Vermont, but the growing success of my creative venture had made it nearly impossible to find a second job that could accommodate my schedule. At the apex of my fearful hysteria, I looked down and saw the following message from my producer:

“I have exciting news! I just spoke with the Aspen Institute. You’re going to be performing for an important crowd of influencers as the guest speaker at their next Public Health Grand Rounds event in Washington, D.C. You’re going to get to tell the story of your addiction and recovery through your music and words. Come by whenever you can so we can talk about rehearsal and planning. We have the chance to make an incredible difference together with this event.”

My hands began to tremble as I read the last words of his message. I couldn’t believe that I had been offered such an incredible opportunity. I was nervous beyond belief about my upcoming performance, terrified about the uncertain state of my financial future, and unsure of whether I was ready to communicate my message of hope and recovery to such an important audience. It was then that I remembered the wise words of a friend from my sobriety fellowship:

“Recovery is, in itself, a leap of faith. We make the decision to leave our old ways behind to pursue a new life of freedom and personal fulfillment. Change is often accompanied by fear, and fear can come in many forms. It can come in the form of fear of financial insecurity, fear of failure, fear of inadequacy or fear of rejection. As long as we remain grounded in the moment and open to embracing its potential, our fears no longer have the power to hold us back in recovery.”