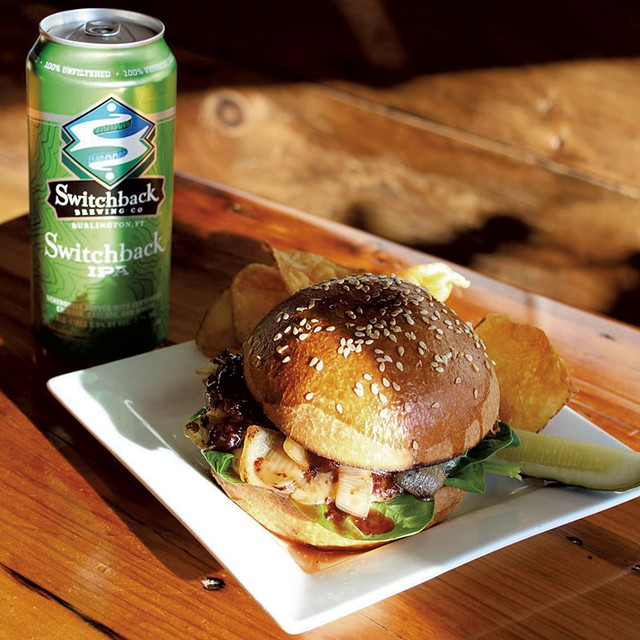 The Chubby Muffin, at 88 Oak Street in Burlington, will close on February 29, according to co-owner Benjy Adler. The restaurant and its on-site commissary kitchen, which both opened in fall 2010, are part of the Skinny Pancake restaurant group.

The neighborhood café near Roosevelt Park serves sweet and savory muffins, panini, burgers, and summer creemees. Its Wednesday Burger Nights, when an inventive burger special and a beer cost $12, have a faithful following.

Adler and his team are closing the café to focus on the Skinny Pancake, he said. The crêperie will open its 11th site, in Stowe, in the spring. "We are gearing up for big changes, including growth, at the Skinny Pancake and need to focus our attention there," Adler said.

"I love the Chubby Muffin; we all do," Adler said. "It's been a wonderful part of our life the past decade. The community is kind and complimentary about its value to them as a resource. [But] it's time to get out of the way and let somebody else take it further."

Pending the completion of a real estate transaction involving a new cooperative, two new restaurants will share the space at 88 Oak Street.

A café called Poppy will serve casual fare for breakfast and lunch, according to its owners, sisters Emily and Abby Portman. The menu will include breakfast sandwiches and plates, salads, sandwiches, soups, and light snacks.

Café Mamajuana, a pop-up and catering business featuring cuisine from the Dominican Republic, will offer dinner, the Portmans and Adler said. Efforts to reach Mamajuana's owner, Maria Lara-Bregatta, were not successful.

"It's a small, intimate space in the Old North End," Adler said. "These three women are going to pour their hearts and souls and minds into it and bring a lot of energy to the space."

"The appeal in sharing the space gets at all of the challenges that go into opening a food business to begin with," Emily Portman said.

Adler intends to sell the building to the newly minted Oak Street Cooperative. Its founding members, who will own the building jointly, include Emily Portman, Lara-Bregatta and Matt Cropp, co-executive director of the Vermont Employee Ownership Center.

A self-described "co-op enthusiast," Cropp explained, "Anyone who is a member of the community can invest [in the co-op] for a minimum of $1,000 and get a cash return of no more than 6 percent a year." He envisions the project as a model for future real estate transactions built on cooperative ownership. By this method, residents of a multi-unit apartment building or business owners can "mobilize community support to secure the space" in a fair and friendly way, Cropp said.

Information about the Oak Street Cooperative will be posted this week at milkmoneyinvesting.com, a new affiliate of Milk Money Vermont that connects local investors and local businesses. "I think what Matt's doing is amazing, and Milk Money Investing will do what we can to help them reach their goal," said Louisa Schibli, founder of Milk Money Investing. The cooperative is seeking to raise $175,000 from community investors in a six-week fundraising effort, Cropp said.

Adler called the idea of a real estate co-op "dreamy and meaningful, and I wanted to help make it work."