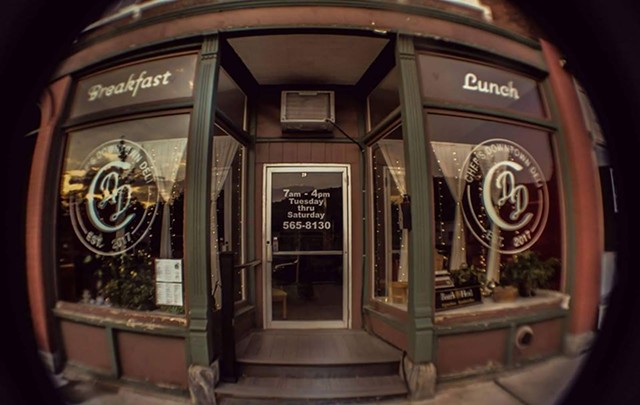 Chef's Downtown Deli, a breakfast and lunch shop, opened last month at 29 North Main Street in Randolph. The business is an offshoot of Chef's Market, a natural foods store on Route 12 in Randolph that celebrated its 10th anniversary last spring. The downtown deli is owned and operated by Brandon Aronson, whose parents own Chef's Market, said Vincent Freeman, the market's manager.

With seating for 14 people, Chef's Downtown Deli expands on the market's deli-counter offerings with sandwiches, wraps, subs and soups. Sandwiches are made with slices of Manghis' Bread in Montpelier, and pastries come from Lelak and Tomasko Bakery in Randolph. Aronson hopes to source produce from local farms, Freeman said.