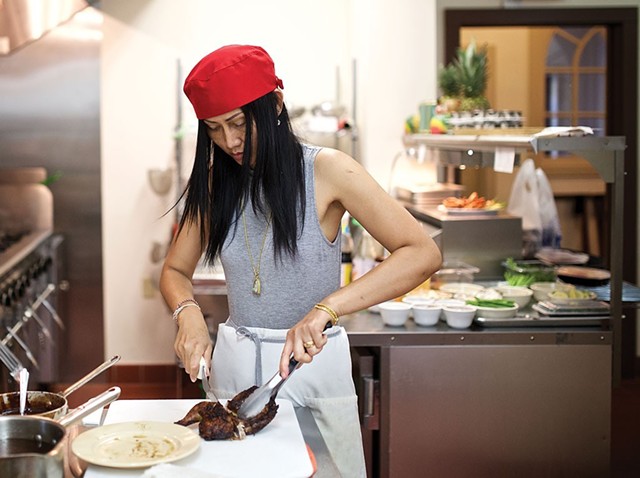 Chef/co-owner Nisachon "Rung" Morgan of Saap restaurant in Randolph has been named Best Chef: Northeast by the James Beard Foundation. The honor marks the first time a Vermont chef has won the top regional award in what is often called the food and beverage Oscars.

The awards ceremony was held in Chicago on June 13. Morgan bested four other chefs — three from Portland, Maine, and one from Boston — in the category covering Connecticut, Maine, Massachusetts, New Hampshire, Rhode Island and Vermont.

Rung Morgan comes originally from the Isan region of northeast Thailand bordering Laos and Cambodia. In a 2015 Seven Days review of Saap, Hannah Palmer Egan wrote of the region, “It's a place where the food is spicy and the flavors bold, where fresh fruits and vegetables make merry with delicately spiced meats, pungent herbs and sauces, and lots of sticky rice.” 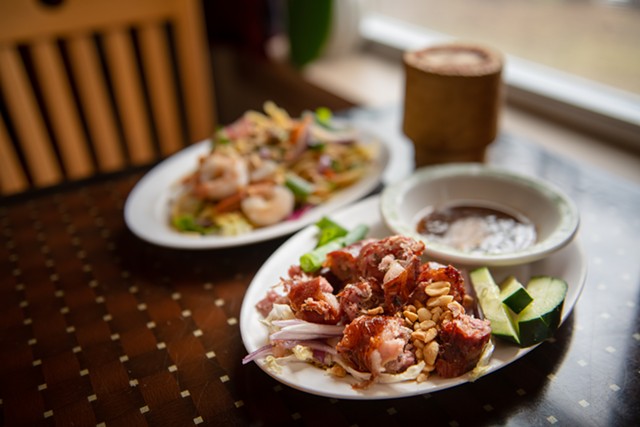 According to Saap’s website, the Morgans traveled to Chicago for the awards ceremony. They will reopen the restaurant on June 15 for lunch and dinner, Monday through Saturday.

As previously reported by Seven Days, the James Beard Foundation paused its annual awards in 2020 and 2021 "in order to take time for self-reflection around who and where we are as an organization," according to its website. In August 2020, it announced an audit of the awards' policies and procedures to "remove systemic bias" and "increase the diversity of the pool of candidates," among other goals.