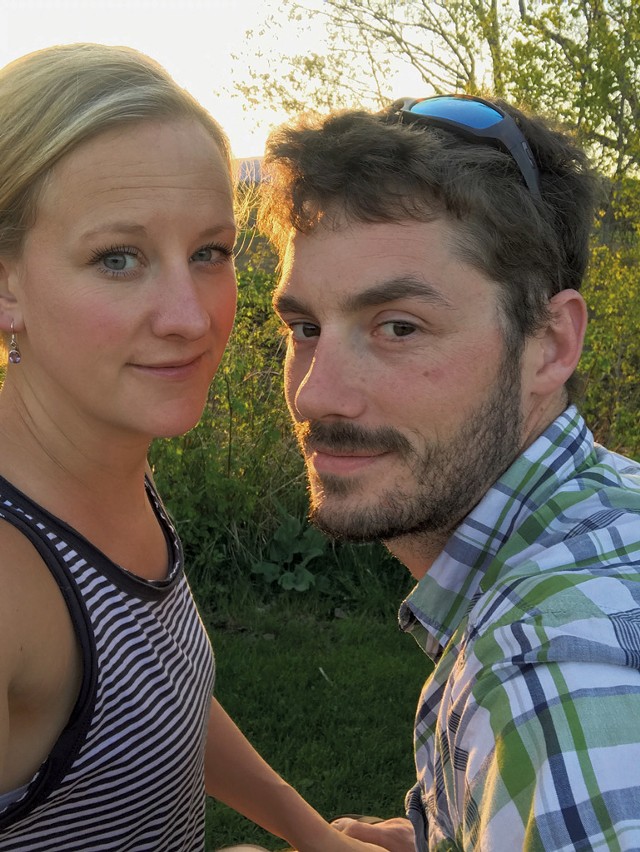 Owners Jamie Persky and Mark Rosman closed their village restaurant at 91 Main Street on October 27. An October 17 Facebook post announcing the closure said new owners would be taking over soon but declined to name names. Over this past weekend, the new proprietors revealed themselves: Plate's opening chef, Aaron Martin, will return to run the kitchen; his wife, Jennifer Martin, will lead the front of the house.

Aaron departed Plate in 2016 after more than two years there; his résumé includes time at Hen of the Wood and Berkeley, Calif.'s benchmark farm-to-table restaurant Chez Panisse. He spent the past year and a half at Black Diamond Barbeque in Morrisville. Jennifer is also a local food and beverage veteran; she tended bar at several area restaurants, including the Alchemist's original Waterbury pub.

Many of Aaron's original specialties, including vegan palm-heart "crab cakes," a beloved veggie burger and the Jamie's on Grain salad, never left the Plate menu. Even so, the chef said he plans to bring the bill of fare back to its roots while tweaking it to accommodate modern palates. "We found an old stack of menus that goes right back to our first opening night," Aaron said on Monday. "I think it would be really fitting if we bring back some of the old stuff while pairing it with some new stuff."

Regardless of the specific dishes available, the chef said, he's dedicated to continuing to work directly with local farms to stock his larder.

"[Plate's] concept is to really drive the farm-to-table movement," Aaron said, suggesting that simply ordering regionally grown products from distributors such as Black River Produce kind of misses the point of buying local. "The older I get, the more I realize it's really about creating relationships with farmers. It shrinks the food system when you're talking directly to producers."

If all goes according to plan, the Martins will reopen Plate the weekend after Thanksgiving for Wednesday through Saturday dinner and Sunday brunch.