Charlie Hunter's Roots on the Rails 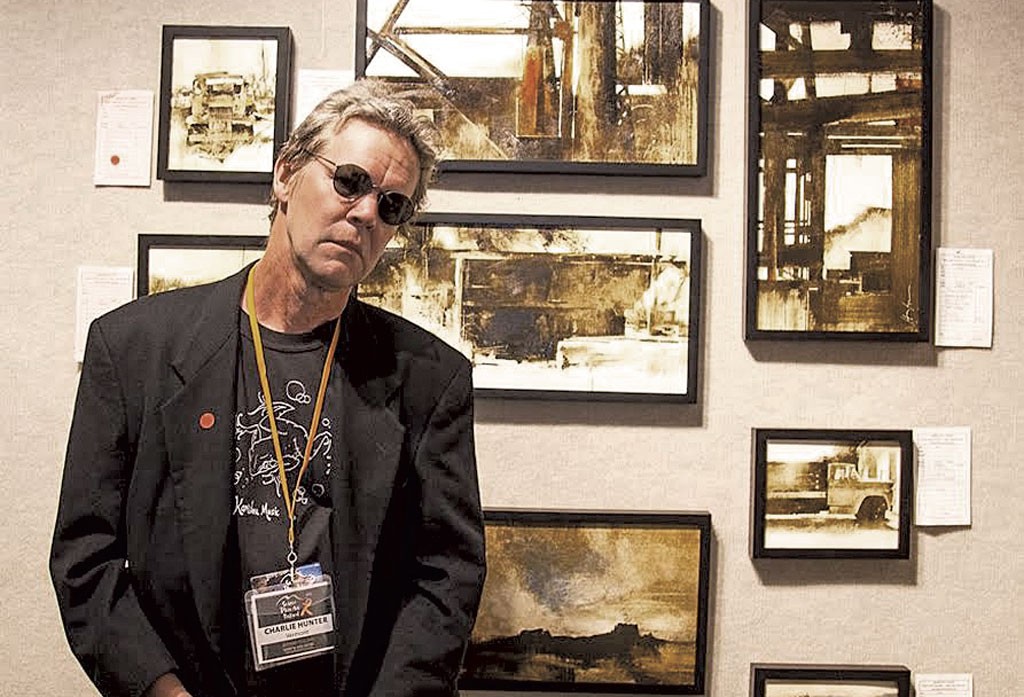 Charlie Hunter has a thing for trains. The Vermont painter — not to be confused with the famed jazz musician of the same name — curated a locomotive-centric art exhibit that recently opened at the Brattleboro Museum & Art Center titled "Boxcars: Railroad Imagery in Contemporary Realism." Train imagery has a way of showing up in his own canvases, too.

Another of Hunter's projects highlights both his train obsession and his similarly deep passion for music. That's an eight-hour rolling concert dubbed Roots on the Rails, which departs from his hometown of Bellows Falls on the vintage four-car Green Mountain Express to Rutland this Saturday, November 7. The mobile concert features Texas songwriter Jimmie Dale Gilmore, Weston-based songwriter Syd Straw, Northampton, Mass., indie-folk band the Winterpills and Connecticut-based Americana duo the Meadows Brothers.

"I'm kind of nutty on the subject of trains," says Hunter in a recent phone call with Seven Days.

Hunter's fusion of concerts and train travel dates back to 2000, when, while working as a concert promoter in Northampton, he organized a train ride from Toronto to Vancouver with 65 musicians headed to a music conference.

"They all wanted to play guitars and hang out. But the train was busy trying to be a train," recalls Hunter. "It was kind of a big mess, but it was a huge amount of fun."

In 2003, he began chartering his own train cars in Canada to host on-board concerts under the banner of Roots on the Rails. He did about 20 trans-Canadian trips, then started organizing musical journeys in the western United States. Though Hunter and the other ROTR organizers are all based in Vermont, this weekend's train concert is the first he has done here.

"It's a bit of an experiment to see how it works in Vermont," he says.

In addition to the train concert, the ROTR weekend package includes two more conventional concerts — one on Friday, November 6, with Gilmore at Main Street Arts in Saxtons River; and a post-train show on Saturday with all of the acts at the Windham Ballroom at Popolo in Bellows Falls.

"It's remarkably symbiotic," Hunter says of the experience of watching a concert on a train. "American music is so influenced by railroads, as subject matter and just the rhythms and sounds of the music itself. So when you're onboard a train, you're feeling the rocking of the rails and hearing the clickety-clack of the cars. And then you're hearing the music that sprang from that. It's wonderful."

Jimmie Dale Gilmore with Colin Gilmore concert, Friday, November 6, 8 p.m., at Main Street Arts in Saxtons River. $24. Roots on the Rails, with Jimmie Dale Gilmore, Syd Straw, the Winterpills and the Meadows Brothers, departs from the Bellows Falls Amtrak station on Saturday, November 7, at 9 a.m., with boarding at 8:45 a.m.; it returns at 6 p.m. $289 (currently sold out). All musicians also perform on Saturday, November 7, 8:30 p.m., at Windham Ballroom at Popolo in Bellows Falls. $34. See website for packages including concerts, hotel and dinner. Info, 866-484-3669. rootsontherails.com