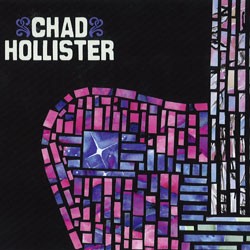 After a nearly three-year recording hiatus, local rocker Chad Hollister is back with a new self-titled album. And while it exhibits many of the same issues that slightly marred earlier efforts — for instance, lightweight lyrical platitudes — it also stands as an apt reminder of why he has been among the area’s more popular songwriters for the better part of two decades.

The pop processional begins with “Grow.” Fans of such early-oughts fare as Third Eye Blind — there have to be a few left — will undoubtedly find a lot to like here. Hollister employs that sort of pleasingly breathy, albeit otherwise nondescript, delivery favored by any number of vanilla, radio-friendly front men. While undeniably catchy, there’s nothing especially provocative here as Hollister largely plays it safe — save for one rather uncomfortable exception. Near the end of the tune, he makes a regrettable decision to (sort of) rap several lines, advising the listener, “Sometimes you gotta give all up, to see what you really got.” This is presumably done for dramatic emphasis. But especially given the bumpersticker-esque chestnut, the effect fairly backfires.

Things pick up nicely on the following track, “Change.” As inferred earlier, Hollister is probably never going to wow us with lyrical profundities. But the man can reel in a hook with the best of ’em, and displays a surprising willingness to take risks in his arrangements as well. Specifically, a bridge in which he and his bandmates vocally mimic a brass section behind a clarinet solo. Sounds like it shouldn’t work, but it does, and suggests a sly creativity brimming beneath his formulaic pop exterior.

As we’ve come to expect from Hollister’s previous efforts, the production throughout the record is immaculate. Nowhere is this more evident than on “The Answer,” which sparkles like a good pop nugget should. Bonus points for cleverly working in a Tony Danza reference.

Ric Ocasek’s “Best Friend’s Girl” takes on a playful, down-home aesthetic in Hollister’s hands as the songwriter sets the tune’s familiar lead riff to banjo and tempers that with some nifty cello work. I’m not sure if The Cars would approve, but I do.

On “Liquor, Guns and Ammo” Hollister indulges his inner redneck. It’s tough to tell if he’s tongue in cheek here. But it doesn’t matter either way. Imagine a less pandering Kid Rock, or maybe a more authentic Toby Keith — with a backing gospel choir … really — and you’re picking up what I’m putting down.

The album closes with “One World Free,” which was cowritten by Aaron Flinn and a slew of students from the Park School — most notably Oladdunni Oladipo, whose delivery recalls a Jackson 5-era Michael. No kidding. It’s a fun, feel-good romp, and a pleasant end to another solid effort from Chad Hollister.