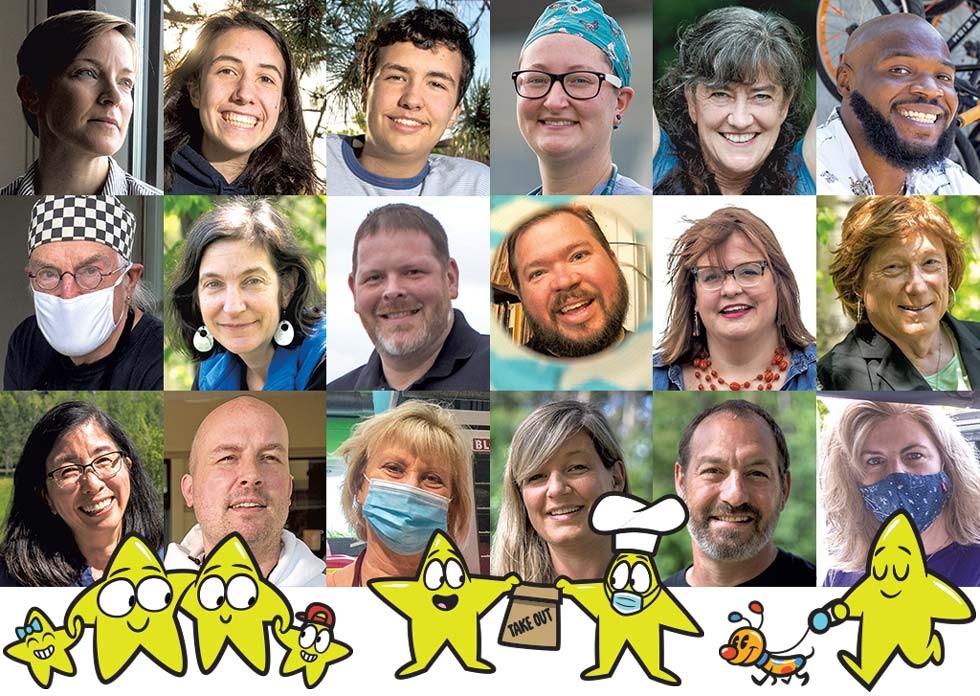 Nearly 15 months after Gov. Phil Scott issued a "Stay Home, Stay Safe" order on March 24, 2020, the pandemic is no longer controlling every aspect of our lives. By Tuesday, 79.4 percent of eligible Vermonters had been vaccinated. Once we reach 80 percent, likely this week, all state-imposed COVID-19 restrictions will be lifted.

It's cause for cautious celebration. Even as the coronavirus rages elsewhere across the globe and new variants continue to emerge, Vermonters collectively hope the pandemic is "over." We're ready to step forward into life as usual — whatever that means now.

Read about the All‑Stars:

And yet, there's still so much to look back on and process. Before we can put this hard and often heartbreaking year behind us, we're pausing to recognize the herculean efforts of those who helped get us through it.

These Pandemic All-Stars, as we've dubbed them, are all around us. There are the hyper-visible players, such as Gov. Scott, Human Services Secretary Mike Smith and Health Commissioner Dr. Mark Levine, who together spearheaded our state's levelheaded, science- and data-based response to the virus. As one reader wrote to us, "I think if I see any one of them in real life, I may have to hug them" — before adding, "Ha! Not really." Because let's admit it, even with vaccines, hugging strangers still feels a little iffy right now.

But, of course, the "quaran-team" of MVPs extends well beyond elected and appointed state officials. It includes those who worked overtime behind the scenes, from respiratory therapists to rural mail carriers, daycare providers to DJs who connected and entertained us.

Our reporters sought out Vermonters who went above and beyond in roles that became more difficult or dangerous — from the chefs and community volunteers who creatively kept us fed to the wastewater managers who tested our poo for viral markers. Some made an impact well beyond the state's borders.

We also surveyed our readers on the people, places and programs that kept them going — and going. Those questions and answers shape this special issue, which highlights consensus favorites alongside virtually unknown individuals quietly doing an outstanding job.

Space limitations prevent us from recognizing every person worthy of public praise. Behind each person featured here, there's a team of equally pivotal players. As Helen Reid, acting director of the Vermont Department of Health Laboratory, noted about her staff when describing the team effort, "They're true public servants ... They just want to do their work and feel like they're making a difference."

By rising to the challenge with heart, courage and indomitable spirit, these Pandemic All-Stars sustained us all.