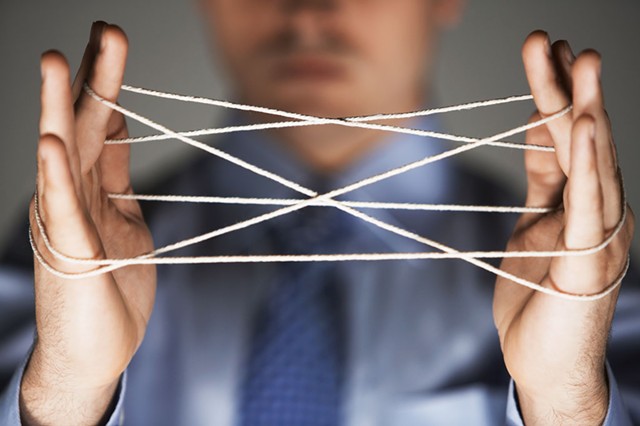 On May 15, the Vermont Senate convened for a bit of vital business: a resolution honoring the 65th anniversary of Sen. Dick Mazza's (D-Grand Isle) Colchester general store.

The measure praised the "friendly service, great variety of products and delicious homemade offerings" available at this consumer oasis. The vote was unanimous. Mazza's colleagues rose in a standing ovation.

And then they adjourned so they could enjoy a celebratory cake handmade by Sen. Jane Kitchel (D-Caledonia). "A sponge cake with whipped cream and fresh berries," she noted.

To be fair, the legislature can walk and chew gum at the same time. The resolution and cake break didn't have any real effect on the process of lawmaking.

But it was a bad look. At the time, the fates of many major bills were undecided and lawmakers were aiming to adjourn a mere three days later. But hey, respect must be paid. With cake.

The Vermont legislature is its own little world that operates by its own rules. In fact, it's a world that's reminiscent of Kurt Vonnegut's novel Cat's Cradle, which brought us the concepts of wampeters, granfalloons and foma.

A wampeter, wrote Vonnegut, "is an object around which the lives of many otherwise unrelated people may revolve."

That would be the Statehouse.

A granfalloon, in Vonnegut's words, "is a proud and meaningless association of human beings." His pet example: Hoosiers, a group unified by geography and nothing else.

We've got granfalloons: the House and Senate. Their purpose is meaningful, but they function by Vonnegut's rules.

• The long slow grind of the legislative process, in the end, produces the best bills. (They believe this until the end of the session, when it all goes out the window.)

• Task forces, commissions and study panels are invaluable sources of information for policy making. (Their reports usually wind up gathering dust on a shelf, rarely having changed anyone's mind or penetrated the fog of conventional wisdom.)

• Rich people will flee the state if we raise their taxes. (No proof.)

• Lobbyists are a valuable part of the process, providing good information on all sides. (Yes, but with substantial caveats.)

• Lawmakers are good people, so there's no need for any ethical or financial oversight. (Most of them are, but laws are written to catch the outliers.)

Hmm. Maybe these foma aren't so harmless after all.

I'm sure most lawmakers will think me unduly harsh, but that's kind of the point. Members of a granfalloon adopt a common viewpoint and have a hard time seeing the outsider's perspective. This is probably inevitable, considering that lawmakers spend the majority of their time in each other's company for four to five months of the year. Most of 'em live in Montpelier from Tuesday to Friday. They see their colleagues (and lobbyists) more often than they see their own families.

But "inevitable" doesn't mean "ideal." The insular nature of life inside the Statehouse is often at odds with making law that best serves all the people outside the building. Our legislators would do well to resist the centrifugal pull of Vermont's loftiest wampeter.

One of the most pervasive manifestations of the Vonnegut Effect is the perpetual sniping between the twin granfalloons: the House and the Senate. Each chamber tends to fixate on points of difference and treat the other's ideas like stuff on the bottom of their shoes. This has resulted in years-long delays on key issues including minimum wage, paid family leave and cannabis legalization.

This year's most absurd example concerned a plan to test school water supplies for lead contamination, which was a top priority for virtually everyone. The two chambers' education committees had a nearly endless standoff over the bill that extended into tense negotiations in a House-Senate conference committee. Conferees finally reached agreement last Friday, but the whole process was unnecessarily fraught. Unless, that is, you've adopted the ways of the granfalloon.

The House and Senate were also at odds on funding a federally mandated waterways cleanup program. The Senate crafted a solid plan for managing the operation but failed to identify a revenue source. The House opted for a tax on cloud-based software, but that met resistance in the Senate.

Last Friday, the Senate Finance Committee floated a 1 percentage point increase in the rooms and meals tax to fund the cleanup. But after a quick round of testimony from representatives of the tourism industry, the idea was dropped like a hot potato. With less than a week until adjournment, the water cleanup plan still lacked a stable funding source.

On Monday morning, House Speaker Mitzi Johnson (D-South Hero) and Senate President Pro Tempore Tim Ashe (D/P-Chittenden) called a closed-door meeting with the chairs of the four money committees: House and Senate Appropriations, House Ways & Means and Senate Finance. They came out with a plan: Devote a percentage point of the existing rooms and meals tax to water cleanup. That creates a hole in the state's general fund, which would be filled with higher-than-expected tax revenue that's been pouring in this spring and is expected to continue in coming months.

The wisdom of the plan is arguable. It does solve the immediate problem, but only by creating another potential general fund issue. The last-days maneuvering may also have given the state's tourism industry a bad case of whiplash over the sudden threat of a tax hike. But the process was rushed and undemocratic. The deal came together Monday morning, was approved by Senate Finance that afternoon and cleared the full chamber on Tuesday.

Is this the best way to run a railroad?

"As is always the case, there are strategic conversations, but then we let the committees work on it in open sessions," Ashe said. "This is not extraordinary at all. It's the normal course of business."

He's right. At the end of the session, this is how it goes. But does it have to be? Why does every session begin with months of thorough, painstaking discussion and testimony — and then conclude with a pell-mell rush to the exits?

Here's another example: On March 22, the Senate approved S.169, which would require a 24-hour waiting period for handgun purchases. The bill was referred to the House Judiciary Committee five days later. That panel took some testimony and held a public hearing.

And then, nothing ... until six weeks later, when the bill sprang out of committee on May 13 and was approved by the full House two days later.

It's unclear whether this bizarre process was intended to limit public input. But that was certainly the practical effect. After sitting and sitting and sitting, the bill suddenly zipped through at light speed. No changes whatsoever were made to the Senate bill, which minimized opportunities for debate or discussion. Those folks can move fast when they want to.

Also, recall that on May 13, House leaders pulled the plug on a bill to create a cannabis marketplace, arguing that time had run out. A few days later, they added another week to the session — but no effort was made to revive the cannabis bill.

In late March, the Senate was debating S.163, a bill designed to enhance protections for tenants in Vermont's 78,000 rental units. One provision would have created a statewide database of rental properties. Sen. Jeanette White (D-Windham) objected.

"I do not want my apartment listed," White said during a debate on the Senate floor. "My apartment is in my house, and I choose who I rent it to."

The Senate ultimately approved the bill — without the database provision.

There was no discussion of possible conflicts of interest for White or her many colleagues who own rental properties. According to Senate financial disclosure forms, 12 out of 30 senators make at least $10,000 a year from rental properties or real estate companies.

Legislative ethics rules are incredibly lax and rarely (if ever) enforced. Senate rules prohibit a member from voting on "any question in which he or she is directly or immediately interested." That seems to cover a lot of ground, but it's interpreted to mean a unique, individual interest. If a vote advantages all landlords, then there's no ethics violation.

One of my favorite bits of foma is about lobbyists — how they are crucial sources of information for a legislature with no staff. The received wisdom is that, in order to preserve their access, lobbyists won't steer you wrong.

Besides, they're fellow members of the granfalloon.

Lobbyists are often good sources of information. But the system fails to reflect the full spectrum of public life. Business groups have the resources to flood the building if need be. Health insurers, drug companies and hospitals enjoy stout representation. Advocacy groups such as the Vermont Public Interest Research Group have pretty deep pockets and a healthy lobbying staff.

What about public libraries? Clients of social services programs? Prison inmates? They have their advocates, but they aren't nearly as present — or, generally, as effective — as full-time veteran lobbyists. There's no evidence of corruption, but the system is weighted in favor of those who can afford full access.

Lobbyists are also the high priests of foma, the carriers of conventional wisdom. Their jobs are easier when the legislature follows predictable patterns — the weeks upon weeks of committee hearings, when lobbyists can provide information and testimony supporting their clients; and the rush to adjournment, when they always have a seat at the table.

Finally, the ways of the granfalloon can have a subtle but pervasive effect on the legislative process. In early March, I talked with new lawmakers about their initial impressions of the job. Rep. Emilie Kornheiser (D-Brattleboro) said she was pleasantly surprised by the lack of sexism in the Statehouse — but taken aback by the pervasive classism. She found that lawmakers often make assumptions about people who are struggling — and that many Vermonters feel disconnected from the lawmakers they elect to serve their interests.

It's not like the legislature is populated only by the wealthy. Plenty of working Vermonters serve in the Statehouse. But our golden-domed wampeter envelops its occupants in an atmosphere of traditions and rules, written and otherwise. You sit in a big plush chair and enjoy the deference of lobbyists and staffers. You spend most of your waking hours with the same small group of folks. The comforting wisdom of Statehouse foma quiets your mind. You accept the ways of the legislature as eternal verities to be respected, not questioned.

And when one of your most revered members celebrates a milestone, you take time out to pass a resolution, give him a standing ovation and enjoy some cake. And you don't see how that might look to the rest of us. We're out here staring in wonderment at the antics of the granfalloon.