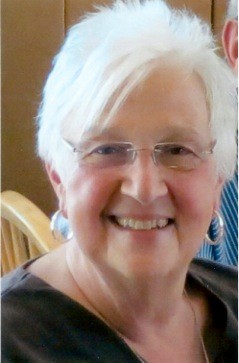 Carol A. Usher, 73, a long-time resident of Colchester, Vermont, passed away Tuesday morning, February 11, surrounded by her loving family and friends. Carol was born December 21, 1940 in Milford, Massachusetts, the youngest daughter of Charles Shuber (Sciuba) and Adelina Pettinelli, whose ancestors hailed from the Abruzzo region of Italy. Carol received her BA in Education from Worchester State College and taught school for a few years. She married David J. Usher on June 29, 1963 and raised two sons, Mark and Karl, in Maine and Vermont.

Carol lived a life exemplified by grace and generosity. A profoundly spiritual person of strong Christian faith, she devoted herself to many causes including the Community Justice Center of Burlington, the Salvation Army Thrift Store and various local prison ministries, where she will be remembered as an advocate, friend and mentor to people in need. In 2011, she received the United Way’s Volunteer of the Year Award. Carol was also a talented artist with a remarkable eye for color and detail, creating figural, needle-felted sculptures in wool. Her work has garnered regional prizes and won many admirers worldwide. Some of her pieces are currently on display at Frog Hollow Crafts Center. A devoted mother, wife and homemaker, Carol enjoyed spending time with her family, her many friends and two Airedale terriers. She was particularly enthusiastic about her Italian heritage. She learned to speak and read Italian in her later years, traveled to Italy several times to visit relatives and attend weddings, and was instrumental in revitalizing the Vermont Italian Club (VICA), where she served as secretary, membership director and managed many events.

Carol will be deeply missed by all who knew and loved her. She is survived by her husband of 50 years, David, two sons, Mark and his wife Caroline (of Shoreham), and Karl and his fiancé Samantha (of Williston), six grandchildren, five future step-grandsons, and several nieces and nephews.