Can We Find Religion Online? A College Professor Says Yes 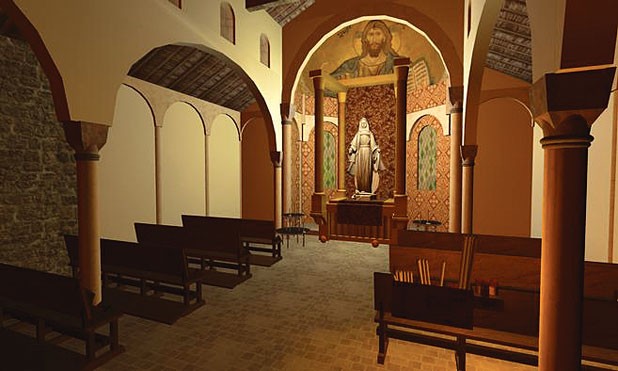 Who says religion is stuck in the Dark Ages? In 2003, Pope John Paul II sent his first text message. Addressed to thousands of subscribers, the missive became a daily ritual that his successor, Pope Benedict XVI, has continued. If you’re too busy to pray on your own, you can buy a plea to God on InformationAgePrayer.com. If you’re Jewish, just make sure your computer speakers are facing Jerusalem. Always wanted to prostrate yourself at the Hajj? IslamiCity.com will give you a virtual tour — no burqa necessary.

According to Rachel Wagner, an assistant professor of philosophy and religion at Ithaca College, worship via new media is growing in many directions. On March 15, she’ll discuss the topic at Champlain College’s Alumni Auditorium in a lecture titled “Virtually Religious: Games, Virtual Worlds and the Hunger for the Real.”

Wagner, who spoke with Seven Days via phone, believes that “the virtual and the transcendent are similar concepts.” (Both posit the notion of another reality beyond the everyday one.) As video games become increasingly vivid and realistic, it’s easier to get immersed in them. According to Wagner, this immersion experience “wraps into our fetish for the real” and encourages us to seek our true selves through religion — online.

Wagner mentions Second Life, an online “virtual world” in which users interact and connect and, in some cases, have even gotten married. She notes that religious services of all stripes have become commonplace in Second Life — not surprisingly, she believes, since its fans already “engage and interact with video games in ways that would function as religious.”

This trend blurs the line between worship and casual gameplay. When your Second Life avatar gets baptized, does it transfer to you? Wagner thinks so. “If I go to virtual church in Second Life, on what grounds can someone say that’s not legitimate?” she asks.

Some Buddhist monks now liken chanting with a computer to using a prayer wheel, reasoning that “spinning in the hard drive generates karma into the world,” says Wagner. Such practices raise complex questions about artificial intelligence. Is it you praying, or the computer? If it’s your computer, is it a satisfactory proxy? A similar question is raised by Aish.com, which enables users to write a prayer to be placed in a hole in the Wailing Wall by a Yeshiva student. Without your physical presence at the holy site, does God still know it’s your prayer?

Wagner will address such questions in her book Godwired: Religion, Ritual and Virtual Reality, to be published in 2011. Pope John Paul II, ever the innovator, had an opinion on the debate: “While the Internet can never replace that profound experience of God, which only the living, liturgical and sacramental life of the Church can offer,” he wrote in 2002 for World Communications Day, “it can certainly provide a unique supplement and support in both preparing for the encounter with Christ in community, and sustaining the new believer in the journey of faith which then begins.”

When Wagner speaks next week, she will share her faith in religion’s ability to evolve with its believers — and in the power of virtual communion.