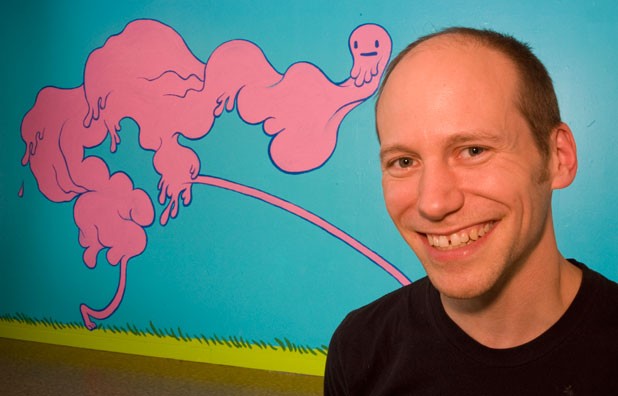 The L ’n’ L,” as Joan Watson and Ann Barlow affectionately call the Living/Learning Gallery they co-direct, is a 546-square-foot, windowless room buried deep within the University of Vermont campus. But it’s tied to the community through a whole-living experiment that’s been going on since 1973, when UVM built its Living/Learning Center — a mini-campus of five residential buildings encircling a Commons, where the gallery is housed.

Some history is in order. The L/L Center was created on a wave of late-’60s-to-early-’70s enthusiasm for nonhierarchical, hands-on, self-directed learning. The idea was for students, professors and community members to live together in suites and pool practical knowledge about a shared interest, from emergency services to civics. The gallery was added in 1976 to enable residents in the arts “co-ops” and their counterparts from the community to show and share their work.

Co-directors Watson, a pottery artist, and Barlow, an art photographer, have a combined experience in the arts that mirrors the L/L emphasis on academy-community connections. Watson has coordinated the pottery co-op since 1977 and has no formal training beyond a few undergraduate classes at New York University and five years as a volunteer in the L/L firing studio. Barlow earned an MFA in photography from the University of Massachusetts and spent 20 years in commercial advertising before she was hired in 2004 to manage the photo co-op.

Both women also teach classes once a week that involve neither credit nor grades, and a steady stream of their students drops by during the interview to joke about procrastination or show a friend’s clay sculpture. One of the students’ few obligations is to spend the year developing their work for self-curated shows in the gallery, held between spring break and graduation.

During the rest of the academic year, the L/L Gallery hosts four to five exhibits by professional and community artists. Watson and Barlow tend to favor those who can supplement their exhibits with a talk, demonstration or performance to engage students. Some shows tie in with university concerns, such as the upcoming January 12 exhibit of Ned Castle’s immigrant photos in conjuction with UVM’s Martin Luther King Jr. Day celebration.

Other exhibits have ranged all over the map, from a U.S. Holocaust Museum traveling exhibition about Nazi persecution of homosexuals to a performance work in which an artist built a Chinese laundry and folded students’ clothes. “We give people free rein because it’s not a commercial gallery,” explains Watson. (The artists can attach price tags to their work, but the gallery takes no commission.) For artists, she adds, the “white box” of a room proffers endless possibilities.

The gallery’s mission of making art accessible to all found direct expression in its most recent professional exhibit, a mural installation by Burlington artist-musician (and Seven Days cartoonist) James Kochalka. A former L/L Center resident and UVM grad himself, Kochalka painted the giant pink Everyblob striding across the gallery’s back wall over the course of a week and a half. The process allowed passing students to stop by and just watch or ask questions. At a closing reception, they could mingle with community members and score some serious cheese and punch while listening to Kochalka perform his songs.

The mural was supposed to be painted over after the reception, but no one could bear to destroy it, Watson relates. Perhaps they recognized something in the image: The blob turns its friendly head to the viewer like a typical student hurrying by the gallery who just caught sight of the art within. “We have this wonderful captive audience of students who would never otherwise look at art,” Watson enthuses, referring to the non-L/L students who attend class in the building or study in the Fireside Lounge just outside the gallery’s door.

In keeping with their “art for all” approach, the co-directors see the L/L Gallery as an alternative to the high-art model that characterizes more traditional galleries. Barlow explains, “Even with the Fleming Museum, it’s awkward [for people unused to viewing art]. They think, ‘What if I don’t understand the art? How am I supposed to behave? What should I wear?’ We try to make it so there’s no attitude.” Watson adds, “We’re trying to get rid of the art-phobic attitude that permeates the culture.”

A word to first-time visitors looking to see this experiment in art democracy at work: The Living/Learning Gallery is best located on foot with a map of the campus in hand, though there are a handful of metered parking spaces beside the main entrance to the Commons Building off University Heights Road. Stop anyone for directions; students seem unfailingly to know where the gallery is, and the conversation might just create another community-campus tie.