Campaign Cash, by the Numbers 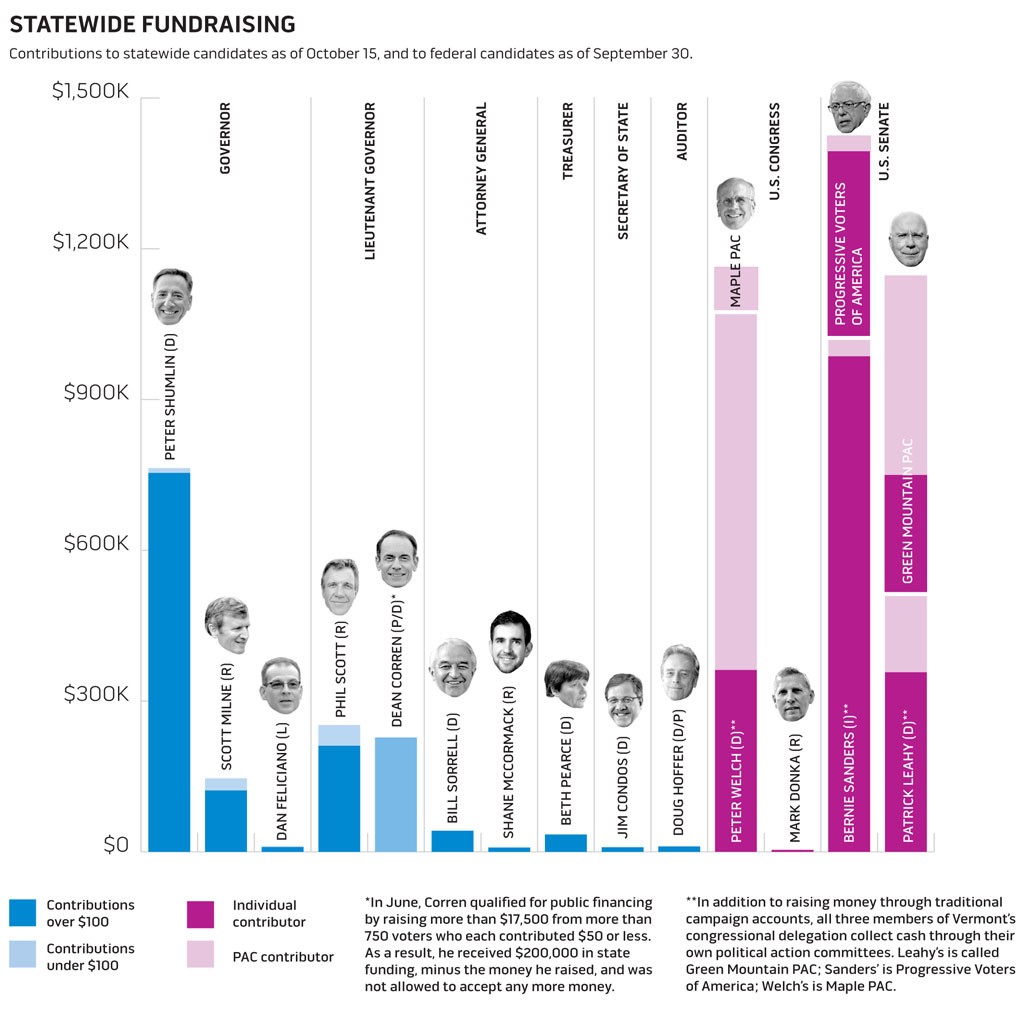 Of the 424 candidates competing in Vermont's general election next week, most are relying on handshakes and conversations with their neighbors — not huge sums of campaign cash.

Even some running for statewide office are spending comparatively little. Democratic Secretary of State Jim Condos, for instance, has raised just $9,665 in the past two years.

But not all candidate coffers are created equal.

Democratic Gov. Peter Shumlin has collected more than $777,000 this cycle — five times as much as his next closest competitor, Republican Scott Milne. And Vermont's three Congressional delegates — Sen. Patrick Leahy (D-Vt.), Sen. Bernie Sanders (I-Vt.) and Rep. Peter Welch (D-Vt.) — have each brought in more than $1 million through their various fundraising entities. No matter that, of the trio, only Welch is on the ballot this fall.

So where does all the money go? For Shumlin, nearly $412,000 of it has gone to television advertising. Others, such as Progressive/Democrat Dean Corren, have spread the wealth through other forms of advertising: on the internet, the sides of buses and even — gasp! — in print newspapers like the one you're reading.

While most candidates for the Vermont Senate have raised less than $10,000 to finance their campaigns, five have collected more than $20,000. The biggest fundraiser of the lot? Chittenden County Republican hopeful Joy Limoge, who has raised nearly $33,700.

Not all the money flows through candidate accounts. The Vermont Democratic Party spent nearly $1 million by October 15. The Vermont GOP spent half that, while the Vermont Progressive Party trailed with $101,000.

Political action committees remain a potent force in Vermont. Big spenders include groups representing real estate agents, teachers and gun control advocates. Eclipsing all of them has been the Republican State Leadership Committee, a Washington, D.C., outfit that has pumped more than $335,000 into Vermont races in the past three weeks.

Here's more on this year's political races, by the numbers. 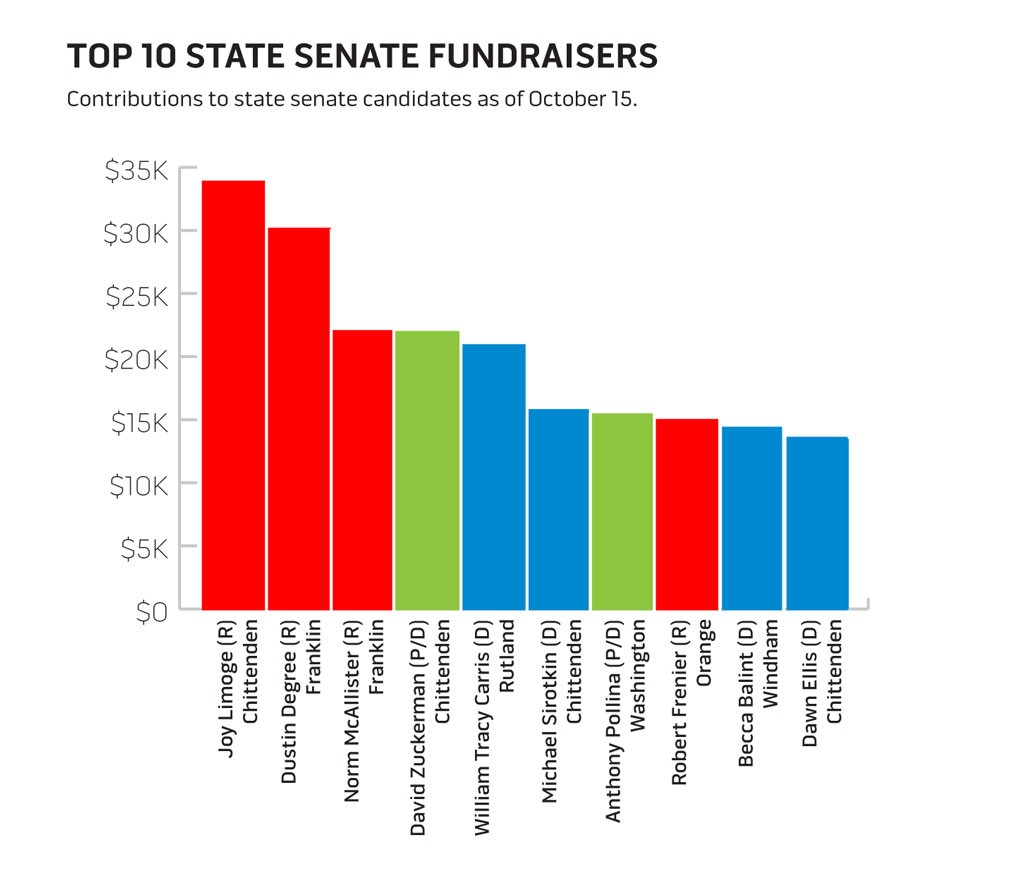 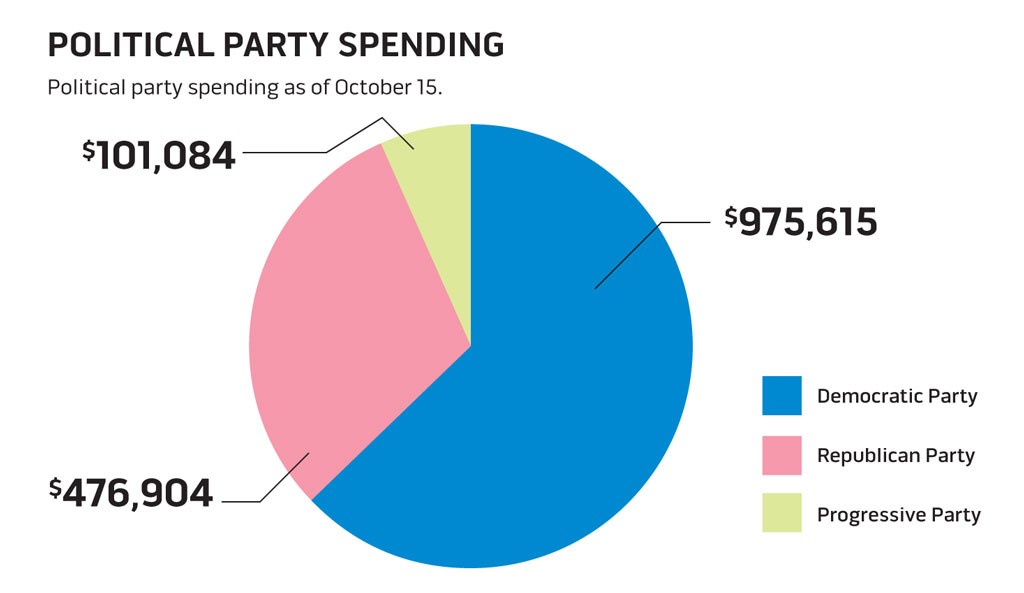