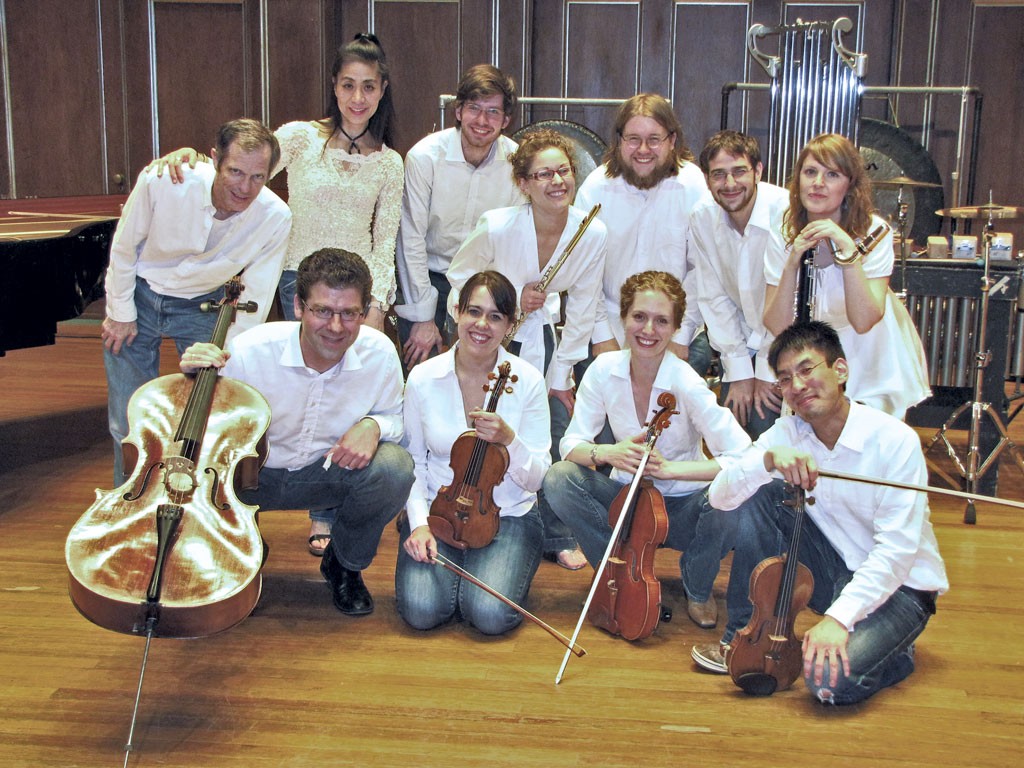 Nearly a century ago, the father of composer Alvin Lucier played violin in the very first Dartmouth College jazz band, alongside a pianist, a drummer, two saxophonists and three — count 'em, three — banjo players. "That's too many banjos!" Lucier said with a laugh during a phone conversation with Seven Days.

Unfazed by that plethora of banjos, Lucier recently composed a musical work inspired by the 1918 photo of his father's band. This week, the giant of American experimental music will visit the Rollins Chapel at his father's alma mater, where the acclaimed Callithumpian Consort will perform that new work, "Hanover," for the first time.

For most of the six decades that Lucier has been composing, he has eschewed traditional instrumentation, preferring to work with sound in its rawest, purest forms: sine waves, reverberations, echoes. Along the way, Lucier (pronounced "LOOSE-ee-ay") has accomplished nothing less than a transformation of experimental music by subjecting it to a process of radical minimization.

One of his best-known works, "Music on a Long Thin Wire" (1977), uses a single piano wire, a magnet, an oscillator and a speaker to produce a series of intersecting, mesmerizing tones. Like many of Lucier's other compositions, it's site-specific, varying according to the acoustics of the room in which it's performed.

Now retired, Lucier, 83, taught for several decades at Wesleyan University. In trying to characterize his music, he said, "Sometimes people will quote the Bauhaus [motto]: 'Less is more.' I always say, with my work, 'Less is less.' There's something ecological about that." 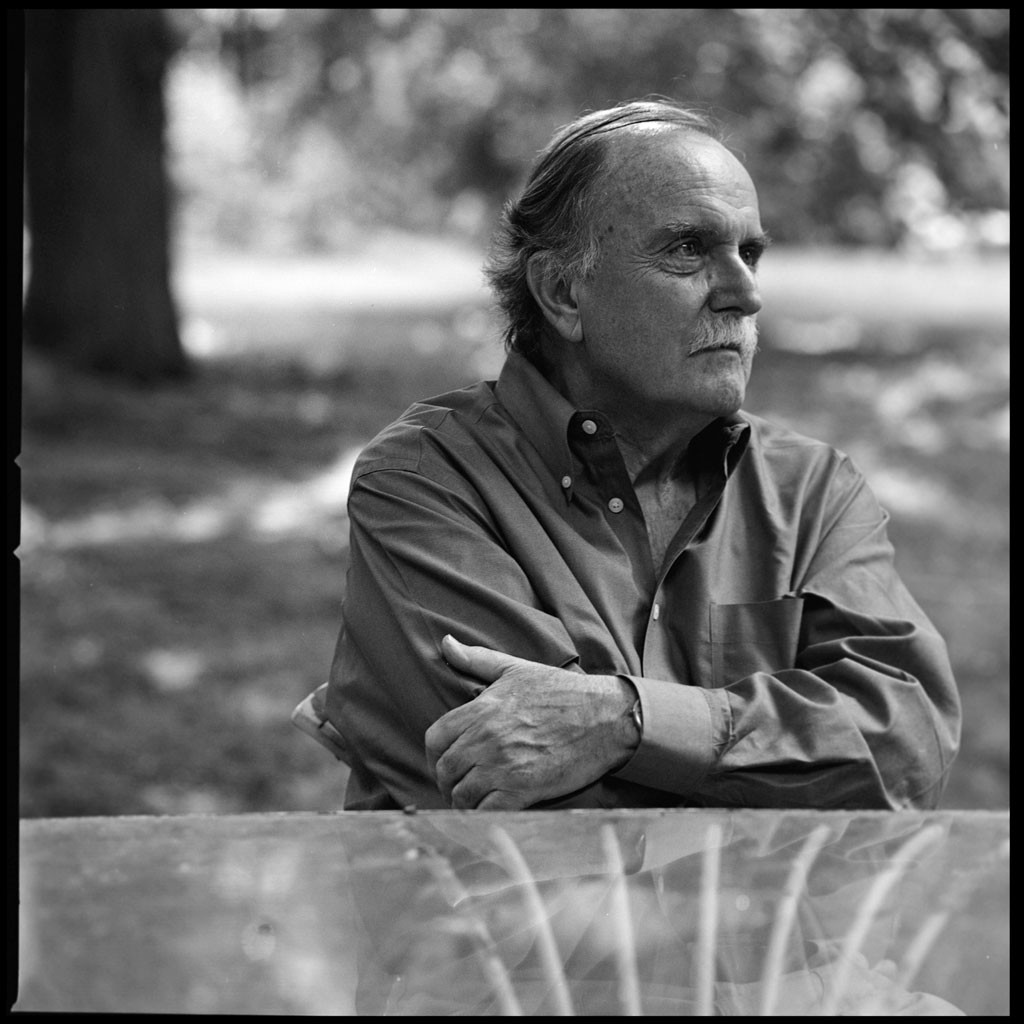 Lucier's is the second concert at Dartmouth's Hopkins Center for the Arts in little more than a year to feature the music of an octogenarian titan of avant-garde music. Master minimalist Phill Niblock performed there in February 2014.

The Thursday evening concert is the capstone of Lucier's four-day residency at Dartmouth, during which he'll lead several master classes and speak with the college's music students. Lucier himself will not perform in the concert, but his works will be in capable hands. The Boston-based Callithumpian Consort, with which Lucier has collaborated for about a decade, is a highly regarded ensemble dedicated to fresh interpretations of contemporary classical, jazz, rock and experimental music.

Stephen Drury, artistic director of the Callithumpian Consort (whose name refers to a boisterous racket), said of Lucier, "He has developed music which asks us to listen very closely, and that, to me, is the gateway to great music making, and to what music is all about: asking the listener to engage his or her own ears. And that is the launching pad to taking off on flights of fancy."

Drury, who will lead his own free Dartmouth master class on Wednesday, April 29, likens Lucier's music to "a combination of a funnel and a microscope," in that it creates microscopic yet richly detailed sonic "worlds."

Besides "Hanover," the Consort will perform two other Lucier pieces: "Still Lives" and "Letters." The former is constructed out of the "beats" that result when electronic sound waves intersect with piano notes; for the latter, Lucier used the shapes of letters as the inspiration for a series of mini-compositions. Also on the program is "Kegama," a piece by Dartmouth professor emeritus Christian Wolff that has its roots in French-Canadian folk song.

The arrangement of "Hanover" could hardly be more unlike that of the old-timey jazz band whose photo inspired it. A bowed vibraphone will play the role of the drum set, and Lucier has outfitted the banjos with magnetic devices called e-bows. "I had to fudge the banjos because they're so dry — they don't have any resonance," he said.

The use of electronics to augment traditional instruments is nothing new for Lucier. He's a pioneer in using machines and scientific principles in his compositions. In one famous piece, "Music for Solo Performer," Lucier strapped a device to his head that transmitted his brain waves to a series of percussion instruments. Given that all artworks come from the minds of artists, Lucier's piece thus complicated and questioned the very process of creation.

"I was not interested in musical language, European atonal serialization, things of that kind," Lucier said. "I discovered that the acoustic, natural characteristics of sound waves are free in some sense from culture. So I just loved exploring pure ideas like that."

Lucier stressed that his music, for all its radicalism, contains no "message." Asked if he has developed anything like a philosophy of composition, he replied that, if so, its precepts pertain not to the content of his music but to the experience of hearing it. The goal of his compositions, Lucier said, is to encourage listeners to focus not on "what they are perceiving ... but on their perception of how they're perceiving it."

Fitting, then, that Lucier's cerebral yet stimulating music is both inspired and hosted by one of the area's elite institutions of higher learning. The composer's father would be proud.