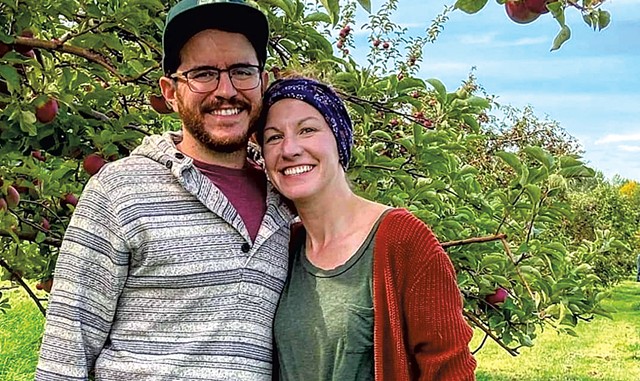 New North End residents Tom D'Angelo and Chelsea Morgan were hoping "something good" would move in after Santiago's Cuban Cuisine left the Burlington neighborhood last month, D'Angelo said. Instead, the couple is taking matters into their own hands, teaming up with Carina Driscoll and Blake Ewoldsen to run the restaurant at Santiago's former address: 1127 North Avenue.

Butter's opening menu features various smash burgers, such as a Jersey burger with pork roll; and sandwiches, including fried chicken and vegetarian options, D'Angelo said. Appetizers include wings, fried seitan and an "everything" pretzel with bone-marrow butter.

"We'll have vegetarian and vegan options and be as gluten-free and allergen-friendly as we can be," D'Angelo added.

Entrées will range from housemade ricotta gnocchi with leeks, blue cheese and potatoes to chicken with apple cider reduction and local root vegetables. Weekend brunch will bring dishes such as golden milk French toast, eggs Benedict and corned-beef hash. Maple syrup comes from the picturesque Jenne Farm in Reading, where Morgan grew up.

D'Angelo, 35, began cooking in his native New Jersey. When he moved to Vermont, he started as a line cook at the Farmhouse Tap & Grill, worked his way up to sous chef and became head chef at the Farmhouse Group's El Cortijo Taqueria, then opening general manager at Bliss Bee. For the past two and a half years, D'Angelo has worked at the Great Northern, now Zero Gravity Beer Hall (see story).

He will run Butter's kitchen with help from Morgan — also a trained chef — when she's not busy with her cleaning company, Miss Bliss Cleaning. Driscoll and Ewoldsen will manage business operations, and Driscoll will run the bar and the front of the house.

"It's a nice open space with a lot of good lighting," Morgan, 32, said. "We're hoping to throw a lot of plants in and just make it really fresh and modern."