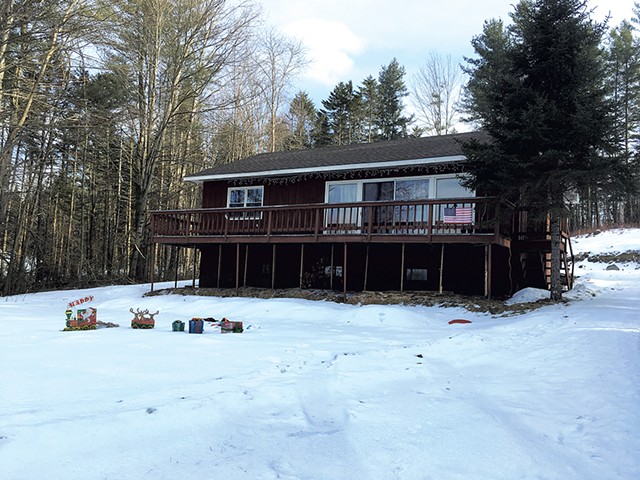 Esperanza Delarosa and her daughter, Susan Mateo, both of the Bronx, N.Y., were charged on January 23 with conspiracy to distribute heroin, fentanyl and oxycodone. Such cases are no longer rare in Vermont. But the brazen way that Delarosa, 50, and Mateo, 25, allegedly set up shop in Morrisville and Stowe — and put down roots far from the state's drug hot spots — has made an impression on law enforcement officials.

Out-of-state drug dealers often operate in Vermont from rented apartments or the homes of local addicts. But like many young professionals shocked by Vermont's high rental prices, Mateo apparently decided it made more sense to buy. She closed last November on a Randolph Road house in Morrisville that authorities say served as her headquarters. The house, on a rural road out of sight of its neighbors, is valued at $155,000, but Mateo scooped it up for $85,000 cash after it went into foreclosure, town records show.

Middle-class Morrisville, which is inside Morristown, attracts few outsiders — unlike Stowe, where some second-home owners come and go via private jet. Both towns are on Route 100, more than 30 minutes from Interstate 89.

If dealers can run a thriving heroin-distribution ring in such a remote area — and even invest in real estate to secure their venture — what does that say about Vermont's fight against opiate abuse? While cheering the busts of Delarosa and Mateo, Vermont officials acknowledge that the pair serves as a sobering reminder that, despite widespread efforts, heroin's years-long grip on Vermont has not eased.

"We're still at a crisis level," Keith said. The Morrisville native, who has served as chief for 23 years, said his community has long been home to opiate addicts who commit burglaries and property crimes. But this is the first time he can remember out-of-state dealers getting arrested within his jurisdiction.

Newly appointed U.S. Attorney Christina Nolan said dealers venture into smaller towns for a simple reason: Customers are eager to buy just about everywhere in Vermont. She should know. As an assistant federal prosecutor, Nolan handled drug cases from Royalton, Lyndon, Barnet and other small towns.

"They see opportunity, and they're saying, 'Look, a lot of dealers are in Burlington, so we're going to drive an extra 40 minutes or an hour off the highway and set up our shop in Lamoille County," Nolan said. "They're willing to drive a little farther so they can be, if not the only game in town, in a place where there's less competition."

Opiates continue to flow into Vermont. The state recorded 105 fatal overdoses in 2016, a record number. The Department of Health has yet to release 2017 data, though preliminary figures show the state was on track to record a similar figure. Meanwhile, the overdose-reversing drug Narcan is preventing an increasing number of potential deaths. In the fourth quarter of 2017, 120 Vermonters received civilian-administered Narcan, up from 51 people in the first quarter of the year, according to the health department.

There are some positive signs: Once-lengthy wait lists for opiate-addiction treatment have been shortened or eliminated at most places; and coordination between law enforcement and the treatment community has improved, according to prosecutors and police chiefs.

"I think we're making progress, but we have a long way to go," Nolan said.

An important next step, Donovan said, "is [to] be honest with ourselves and say the demand for heroin in this state is high, and it's everywhere. We can talk supply side and putting people in jail who deal — I don't have a problem with that. But this is about addressing supply side and recovery."

When asked what else law enforcement can do, both Donovan and Lamoille County Sheriff Roger Marcoux Jr. separately suggested a strategy outside of traditional law enforcement: a "tobacco-style" public relations campaign to dissuade young people from trying opiates.

"We need evidence-based prevention shown to have clinical outcomes," said del Pozo, who last week launched a program in which "safe response teams," including a social worker, visit homes of overdose victims to try to steer them to treatment.

No one is suggesting more tolerance for dealers.

The case against Mateo and Delarosa started when cops from the Morristown Police and the Lamoille County Sheriff's departments traced drugs found on local addicts back to the duo, before Mateo bought the house. Last summer, when the police believed they had connected the case to an out-of-state drug network, they handed it off to the feds.

A confidential informant arrested on drug and cruelty to children charges in 2017 said that he or she — court documents don't reveal the person's gender — bought heroin and oxycodone from Delarosa for months, according to police affidavits. Mateo usually helped Delarosa by answering phones, accepting money and performing other tasks, the informant said, but late last year she became the informant's primary contact.

The informant told police that Delarosa was helping her daughter set up her own distribution business. Mateo told the informant that she had "invested her savings" to get her operation off the ground.

Federal agents obtained warrants to track Delarosa's phone and to place a tracking device on her Dodge Caravan. It revealed she took trips to the Bronx and to Holyoke, Mass., a drug hub.

Under police surveillance, the informant bought heroin from the women at several locations, including the parking lot outside the Hannaford in Morrisville, outside an unidentified business in Stowe and inside the Randolph Road house, according to affidavits. Much of the heroin was laced with fentanyl.

Drug Enforcement Administration agents arrested the women on January 24. In U.S. District Court in Burlington, Mateo and Delarosa pleaded not guilty to charges that carry more than 20 years in prison. Delarosa is in prison pending trial, while Mateo was released. The latter could not be reached. Her attorney did not respond to a phone message; Delarosa's lawyer declined to comment.

Unlike many drug dealers, the women are not addicts, federal prosecutors said in court documents. They were alleged to be in it for the money. Mateo made trips to the Dominican Republic, which agents are investigating.

Back in Morrisville, the house Mateo bought is vacant today. Two pine trees partially shield it from the street. Last week, an American flag was attached to a railing on the front porch. A plastic Santa and reindeer decorations adorned the front yard. The short, steep driveway was slick with unplowed snow.

Prosecutors have filed an asset forfeiture claim to take possession of the home, contending that the women used it to deal drugs and that it represents the proceeds of their dealing. Nolan said she hopes that step will deter out-of-state dealers from settling in Vermont. But she acknowledged it's no match for a market in which demand exceeds supply.