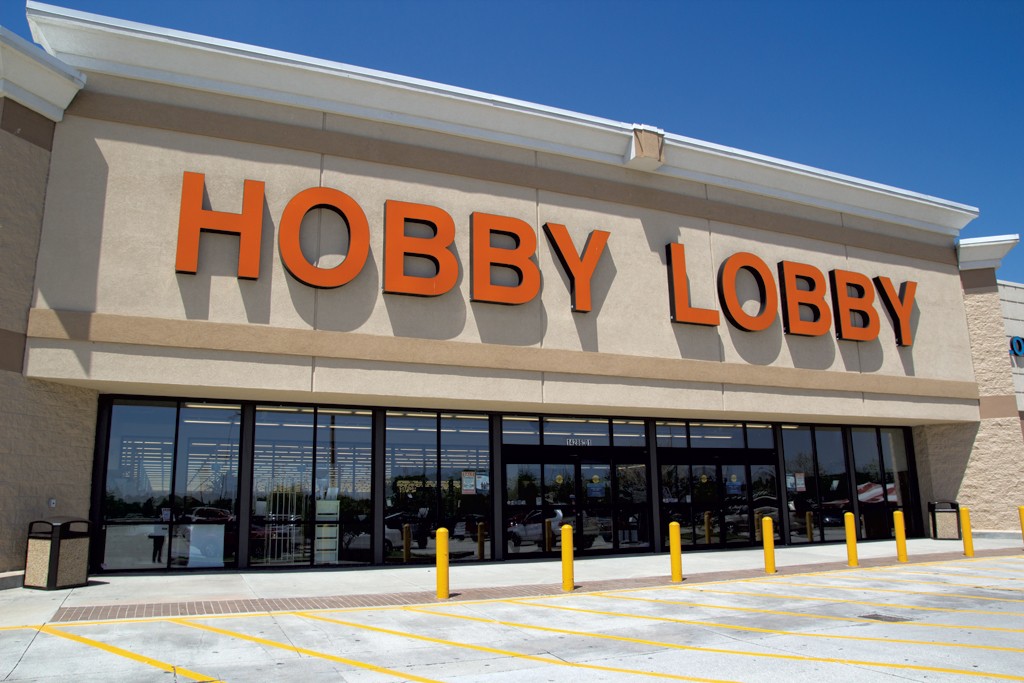 In 1979, Ellen Willis wrote two columns in the Village Voice, together entitled "Abortion: Is a Woman a Person?" Thirty-five years later, Andy Borowitz blogged in the New Yorker on the Hobby Lobby case: "Supreme Court Majority Calls Case a Dispute Between Women and People."

Make that "Between Women and Corporations, Which Are People."

In case you've been in a sensory deprivation tank this month, the case Borowitz refers to is Burwell v. Hobby Lobby. On June 30, in a split decision, the Court ruled that certain corporations can opt out of paying for contraception under Obamacare if doing so goes against the owners' religious beliefs. The owners of the craft-supplies company object to some kinds of birth control because they think the methods cause abortion.

The pro-choice organizations and the Democrats are calling Hobby Lobby a matter of health and privacy, the same reasoning behind Roe v. Wade — with the added fillip that this time it's not the state making women's decisions; the Court has given corporations that privilege.

"Your health care decisions are not your boss' business," declared Sen. Patty Murray (D-Wash.), who, along with Mark Udall (D-Colo.), is bringing to the floor a bill prohibiting for-profit companies from refusing to cover any of the benefits guaranteed under the Affordable Care Act (ACA), including the 20 forms of contraception it allows.

Justice Ruth Bader Ginsburg argues that what is at stake in Hobby Lobby is equality. "The ability of women to participate equally in the economic and social life of the Nation has been facilitated by their ability to control their reproductive lives," her dissent begins, quoting Planned Parenthood v. Casey (1992), the first Supreme Court case to uphold the constitutionality of Roe. Ginsburg's opinion says that promoting women's equality was one reason the ACA included contraceptive coverage.

In fact, the law doesn't have a great record where equality is concerned. You may remember that back in 2009, Sen. Barbara Mikulski (D-Md.) had to sponsor an amendment to the health care reform bill ensuring coverage of such life-saving women's-only procedures as mammograms and cervical cancer screenings.

Thanks to lobbying by the National Right to Life Committee and the United States Conference of Catholic Bishops, Mikulski's amendment did not mention the word contraception, and it specifically excluded abortion.

The Right is claiming that Hobby Lobby is a case about religious freedom, irrespective of the religion's content. Of course, that's disingenuous. The plaintiffs protested the state's violation of their right to abide by a particular tenet of their Christianity: the belief that life begins at conception. To pay for a method you believe ends a human life is to abet murder. Like the Court's dissenters, I do not doubt the sincerity of this belief.

But, like all disputes over contraception and abortion, this case holds at its heart something else — something as important as life, perhaps more profound than equality, and rarely talked about when we talk about abortion: freedom.

Can a person in possession of a womb be compelled to put her body in the service of another — in this case, a fetus?

Life or freedom? Willis' article does not skirt the issue. For the sake of argument, she says, let us concede that abortion does kill unborn people. Can a woman's right to prevent a baby being born outweigh that baby's right not to be killed?

Yes, she answers. She points out that not all killing is murder. Most Christians believe in just wars. Even pacifists hold out an exception for killing in self-defense. It all depends on context: "It makes no sense to discuss whether abortion is murder without considering why women have abortions and what it means to force women to bear children they don't want."

Willis continues: "There is no way a pregnant woman can passively let the fetus live; she must create and nurture it with her own body, in a symbiosis that is often difficult, sometimes dangerous, always uniquely intimate." The mother must, in other words, serve the fetus.

"However gratifying pregnancy may be to a woman who desires it, for the unwilling it is literally an invasion — the closest analogy is to the difference between lovemaking and rape." Abortion, she concludes, is an act of self-defense.

And what are the Hobby Lobby plaintiffs defending themselves against? The state's command that they step aside and let someone else decide whose life she is going to defend — her own or that of someone or something that to her (and to scientists) is no more "life" than the skin cells she sloughs off in the shower are life.

The conflict becomes even more radically imbalanced when you consider the Court's ruling a few days after Hobby Lobby. Wheaton College, a Christian school, asked to be excused from following the ACA to the letter. Religious nonprofits like Wheaton were already exempt from paying for contraceptive coverage. They just had to fill out a form, posting one copy to the insurer, which is legally bound to provide the benefit, and the other to the government, so it can enforce the law.

Wheaton's leadership felt this requirement imposed an intolerable burden on its religious practice. And the majority of the Court — over the furious objections of its female members — agreed.

Here's what the majority is saying: The state has a compelling interest in unburdening Wheaton of the duty to sign its name so that someone else can follow the law. And if Wheaton's liberty not to fill out a form makes the law so cumbersome to administer that some women don't get the birth control to which they are entitled, and those women end up with a growing life they do not want inside their bodies, well, so be it.

The Thirteenth Amendment and the case law leading up to it make no note of the particular abominations women endured in slavery. Beyond being laborers, they were baby makers. Perpetually under threat of rape, they had babies they did not want, and the babies they may have wanted were not their own.

The Fourteenth Amendment, which moved freed slaves toward citizenship, reinforced women's second-class status among persons utterly without status. It gave rights only to men over 21. Maybe that is what the Hobby Lobby majority held in its white male collective unconscious 150 years later.

After all, the folks behind the lawsuits similar to Hobby Lobby — there were at least 100, according to the National Organization for Women — are pretty much the same people who stopped the Equal Rights Amendment.

Compelling a woman to nurture a fetus for nine months does not compare to the seizure of her body for someone else's purposes forever. But there is a connection. The Thirteenth Amendment did not succeed in freeing black people in 1865. It did not undo the double unfreedom of black women.

Women are not yet free. And we are less free today than we were before June 30, 2014, when the Supreme Court ruled in Burwell v. Hobby Lobby.

"Poli Psy" is a twice monthly column by Judith Levine.