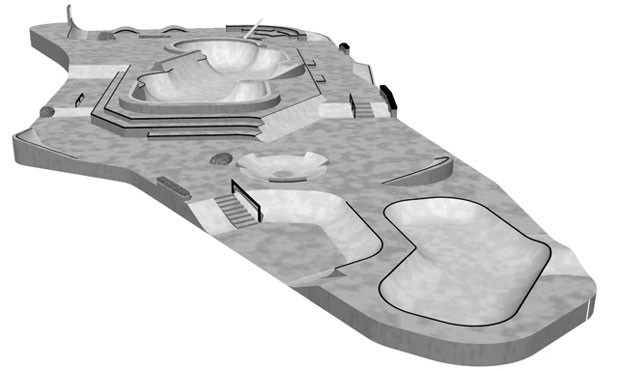 When Josh Eichen dropped in on an April 2010 public meeting at Burlington’s Fletcher Free Library, he was there to offer feedback on a newly proposed waterfront skate park. The longtime skateboarder — now a freshly minted University of Vermont grad — had no idea he had found a potential career path. The 25-year-old community development and applied economics major wound up leading the fundraising effort for the Queen City’s new, state-of-the-art facility.

The Burlington skate park project enabled Eichen to combine two of his passions: urban planning and skateboarding. And for city planners such as Kirsten Merriman Shapiro of Burlington’s Community and Economic Development Office, the project has been a golden opportunity to engage a new generation of city residents in a redevelopment project that’s attracted interest beyond just the “usual suspects.”

Earlier this year, CEDO and the Burlington Skate park Coalition unveiled the final design of a 20,000-square-foot concrete public skate park, which is part of the city’s larger redevelopment plans for the Moran Plant site. When completed, the new park is expected to be the biggest and best in New England, attracting skaters and BMX riders from all over the region.

“A lot of people don’t know it, but there are a ton of good skateboarders here,” says Eichen, a native of Arlington, Mass., who spent the last year interning in the CEDO office as part of his senior project. “Having this park here will change everything.”

Local skaters are banking on it. Although Burlington’s current skate park, which cost $326,000, has served them for more than a decade, skaters claim it’s “totally thrashed.” Harsh winters and the continual grinding of boards have eaten away the wooden ramps and exposed metal screws and steel supports, leaving much of the park unusable.

Even as the popularity of skateboarding in Burlington has skyrocketed, the parks and recreation department has slowly removed features, such as the mini-half-pipe, as they have broken or become unsafe.

In some respects, it’s surprising that it took this long to get a world-class skate park off the ground. Burlington is home to an estimated 3700 skaters, as well as two skate shops — Maven, Ridin‘ High and Talent indoor Skatepark — and at least eight other action-sports companies, including Burton Snowboards. Skate culture has also had a significant impact on Burlington’s creative economy, influencing the style and culture of such marketing and design firms as Fuse and JDK Design.

The new park was designed by Grindline Skateparks of Seattle, an industry leader that has designed and built more than 60 skate parks throughout the United States, Canada and Japan. Last July, Grindline’s lead designer, Micah Shapiro (no relation to CEDO’s Merriman Shapiro) came to Burlington and presented three mock-up designs, which were based on input from the local skater community. Based on additional community feedback gleaned from that meeting, Shapiro returned to the drawing board and came up with the final design.

As Eichen explains, the new park will be three times larger than the existing one and built out of custom, molded concrete that is twice as durable — and far more enjoyable to skate on — as the current park. The new facility is designed to incorporate many features popular among street skaters, such as ledges, gaps, stairs and railings, as well as those favored in “transition skating,” such as ramps, pools and banks.

“A lot of the park is based on flow, and how a skater can move from one feature to the next without stopping and turning around,” Eichen says, “which is what you have to do at our park right now.”

Some signature features were also added to the original design to make the park unique to its waterfront locale, Eichen adds, including a transparent Plexiglas “wallride,” a triangular bank shaped like a sailboat and a double-humped ramp that pays tribute to Lake Champlain’s most elusive aquatic resident, Champ.

From Merriman Shapiro’s perspective, the new park is already a success in terms of community empowerment and participation. She points out that this project has attracted the involvement of a significant number of local businesses and people who don’t ordinarily get involved in city-planning projects, especially among those under the age of 40.

That’s not too surprising, since the median age of skateboarders in Vermont is 21.5. Nationally, participation in skateboarding has grown 40 percent since 2008, according to the National Sporting Goods Association.

Merriman Shapiro won’t publicly disclose the projected cost of the new park, since the city will soon begin receiving bids on it and doesn’t want to influence the results. Construction is expected to start in late summer.

Admittedly, cobbling together the financing for this project has required some deft maneuvering. Since the city secured federal transportation dollars to realign the bike path near the Moran Plant, some of that money will cover the cost of demolishing the existing skate park. However, because that work needs to coincide with the bike path adjustment, some of the funding for the new skate park will be decoupled from the rest of the Moran redevelopment project.

That said, Merriman Shapiro notes that the city and the Burlington Skatepark Coalition have already raised some private funds toward the cost of construction, including a $10,000 grant from the Tony Hawk Foundation, a $3720 federal community development block grant and $7000 in last December’s “buy a brick” fundraiser. Additionally, talks are under way with a number of Burlington-area businesses, foundations and deep-pocketed private donors. As she puts it, “It took a community to build the last skate park.”

Meanwhile, Burlington skaters are focused on the final, two-week push to land a $50,000 Pepsi Refresh grant. Burlington’s is one of 350 projects nationwide competing for that money. As Merriman Shapiro explains, the Pepsi Refresh grant is basically a “national popularity contest.” Participants can vote for up to 10 of their favorite projects every day. Local business owners Trina Zide and Brendan Foster at Maven have a computer set up in their shop to encourage patrons to vote for Burlington’s skate park project once a day through the deadline of midnight on May 31, 2011.

Although the city plans to build the new park regardless of whether Burlington wins the grant — it’s expected to open sometime in 2012 — Merriman Shapiro says this is “one way for people to help us raise the money without actually having to give us money.”