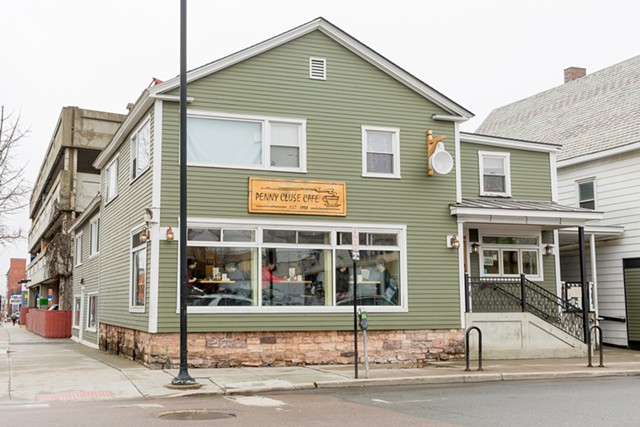 After almost a quarter of a century, the buckets-o-spuds, tofu scrams, biscuits and gravy, and chiles rellenos will cease flowing at downtown Burlington breakfast-and-lunch landmark Penny Cluse Café.

Husband-and-wife co-owners Charles Reeves and Holly Cluse told their staff on Monday and then sent an email to about 100 friends and family members announcing that they plan to close the restaurant toward the end of the year.

In a phone conversation today, Reeves said that date will likely fall between Thanksgiving and Christmas. The two weeks after Thanksgiving are typically relatively slow because no college students' parents or tourists are dining, he explained. “We really mostly see our people,” Reeves said, referring to the restaurant’s devoted regulars. “It’d be nice to close at that time.”

Reeves, 56, a Johnson & Wales University culinary arts graduate, and Cluse, 55, opened their low-key restaurant in 1998 in a former Ben & Jerry’s scoop shop on the corner of Cherry Street and South Winooski Avenue. 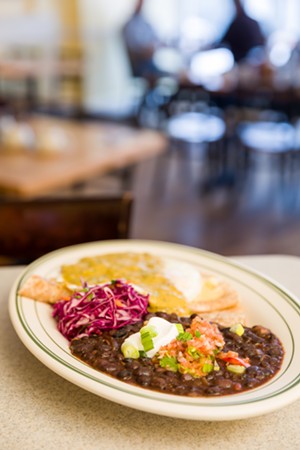 Penny Cluse has since carved out a niche as Burlington’s go-to daytime dining destination for locals and visitors. Among the 450 diners Penny Cluse sees on an average day, it has hosted President Joe Biden (then vice president), U.S. Rep. Alexandra Ocasio-Cortez (D-N.Y.) and, just this past Saturday, U.S. Secretary of the Treasury Janet Yellen.

“She had avocado toast with salmon and tomato,” Reeves said. “It was great. Not that disruptive, surprisingly.” 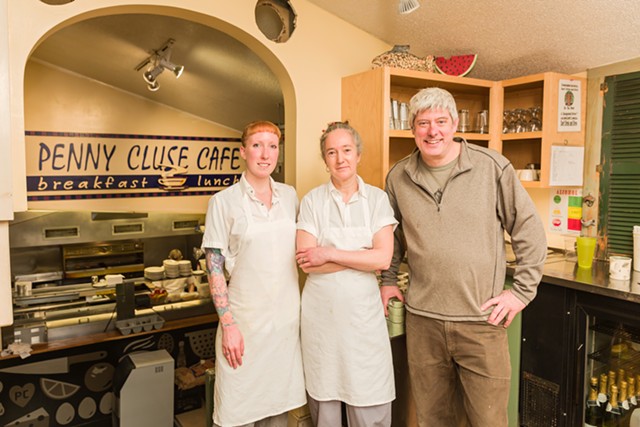 But, Reeves said, he and Cluse will most treasure memories of their regulars and their team, which includes longtime kitchen manager Maura O’Sullivan and floor manager Anastasia Evans. O’Sullivan, previously the chef at Burlington farm-to-table leader Smokejacks, has worked at Penny Cluse since 2006, and Evans since 2000.

Between the restaurant’s staff and regular customers, Reeves said, “It's been such a living restaurant, you know ... all these things have happened: weddings, funerals, births.

“Young kids who worked for us are now, like, in their forties with houses and kids, and their kids now come in,” he continued.

Reeves said the couple has no plans to sell the Penny Cluse business. The eatery was named for his wife and her childhood dog, Penny. “Penny Cluse was unique in all the world,” Reeves said. “This was our restaurant.”

They own the building, which they will put on the market. The couple also owns 163 Cherry Street, in which they opened Lucky Next Door in September 2013. It offered a light menu of sandwiches, salads and small plates and had evening hours; it hasn’t reopened to the public since the pandemic shutdown.

Reeves said the couple will keep that building, which includes housing on the upper floor. They are in discussions with several prospective tenants, but it will most likely become a coffee shop. There has been interest from cannabis businesses, he said, but the temporary location of Burlington Technical Center at 29 Church Street is too close, according to Vermont law regarding cannabis businesses’ proximity to schools.

Reeves said that, after a break of a few months, he will probably look for another food service job — but one that is less consuming than owning a restaurant. “Since the pandemic, I've been in the kitchen,” he said, “and then, like, trying to run the restaurant in my spare time.”

He said the pandemic definitely made the restaurant business more challenging, but that was not the reason he and Cluse decided to close.

“The ultimate decision to move on was more of a personal one, to spend more time with my family,” Reeves said.

“We're making the decision because we're ready to do it,” he said. “We had a 25-year run. It was great. We're so proud of it, and we feel so much gratitude toward Burlington for letting us do this.”