by Dan Bolles and Carolyn Fox

The Church Street Marketplace isn't the only street to see in Burlington. The city has several distinct neighborhoods with their own unique characters. There's the hip South End, the posh Hill Section and, of course, the Student Slums — just kidding. Kinda.

Here's a dossier on some districts outside the downtown core that you might enjoy exploring.

The South End was once a manufacturing district. For 132 years, the Specialty Filaments factory made bristles for brushes; today the warehouse is home to Dealer.com, a local tech startup that sold for a cool $1 billion in 2014. The brick building where General Dynamics made Gatling guns? It's now a multiuse office space called the Innovation Center of Vermont. Manufacturing isn't totally history in this hood: The Burlington Record Plant has been pressing vinyl here since 2014.

The South End Arts District encompasses the greatest concentration of artist studios and galleries in Burlington, including the S.P.A.C.E. Gallery, the Flynndog and the SEABA Center. Check 'em all out during September's South End Art Hop.

Notable for its lakeside park, boardwalk and bike path, Burlington's waterfront district is a serene space for physical recreation, festivals and epic people-watching.

Burlington Greenway, aka the bike path

In the 1880s, Burlington's waterfront was a commercial hub and one of the busiest lumberyards in the world. A hundred years later, the city converted the land into the publicly accessible Waterfront Park. Remnants of the industrial past remain — namely the Vermont Railway yard and the Moran power plant, a hulking brick building that's been the focus of numerous unsuccessful redevelopment schemes. 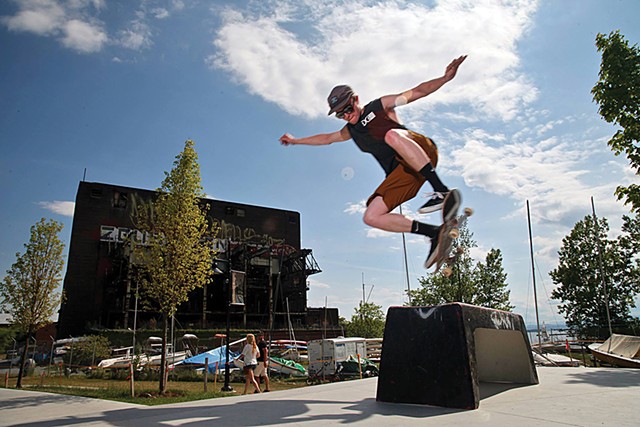 The waterfront is home to Burlington's world-class skate park, which features rails, ramps, boxes, a half-bowl and a half-pipe. In June 2016, skate legend Tony Hawk dropped in to help dedicate the park to late local DJ and skateboarder Andy "A_Dog" Williams.

A lively mix of lifelong residents, young families and New Americans makes the Old North End one of the most culturally diverse places in the state.

This neighborhood has long been a haven for immigrants. During the lumber boom of the 1800s, it welcomed French Canadian and Irish workers. Since the early 1990s, it's become home to refugees fleeing violence from places such as Bosnia, Bhutan, Sudan, Somalia and beyond. Consider this Burlington's melting pot. Every July, the ONE celebrates its unique community with a grassroots arts festival called the Ramble.

The fertile riverside land at the north end of the ONE was once the unofficial town dump; now it's home to urban farms. Secure your supply of locavore veggies by purchasing a weekly farm share through the Intervale Food Hub.

Don't let the 'burbs-y vibe fool you. Thanks to its beaches, parks and affordability, the New North End is a desirable, up-and-coming area of Burlington.

Largely developed during the 1950s as a postwar suburban extension of BTV, the NNE is Burlington's most populous neighborhood and the only part of town that ever elects Republicans to the city council and state legislature. But its demographics are shifting, in part because twenty- and thirtysomethings looking for starter homes are being priced out of the rest of Burlington. The area's diminutive dwellings are among the only relatively affordable housing left in town. 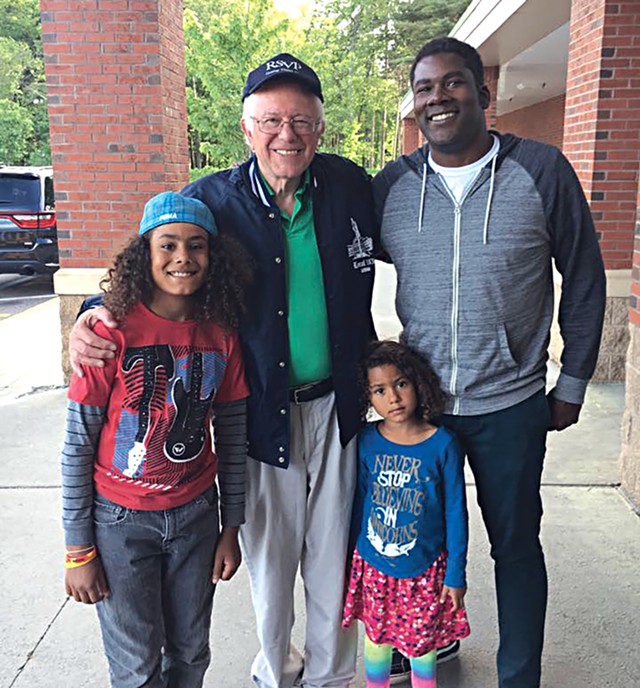 Sen. Bernie Sanders lives here (while he's in Vermont, anyway) and can sometimes be spotted shopping at the North Avenue Hannaford.