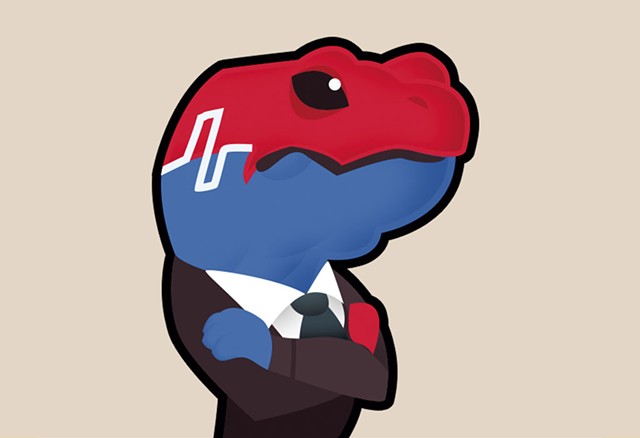 A Burlington-based tech company has created a game that aims to be fun and educational.

GameTheory, which operates out of the Vermont Center for Emerging Technologies' downtown co-working space, recently released GerryMander, a game that breaks down the complex issue of gerrymandering.

"It's the type of thing that is hard to explain with verbal or written language, but with visualization and hands-on activity, becomes much simpler," said Marguerite Dibble, GameTheory's founder and CEO.

Gerrymandering is the redrawing of political voting maps to give one party or the other an advantage. The game features a grid with red and blue houses. Players must create "districts" that are advantageous to the minority color. The game becomes more difficult as the users advance and the grid size grows.

"It's all about drawing lines in smart ways to change what a group representation looks like for a specific area," Dibble said.

An ongoing gerrymandering case before the U.S. Supreme Court inspired the team to create the tutorial, which is guided by Gerry Mander, a slickly dressed salamander who helps the player along.

It's an obvious play on words, said Dibble. "We thought it would be more of a fun and natural way to get some of the information across," she said.

Between each level, there are examples of real-life gerrymandered districts, such as Illinois' 17th Congressional District, which was once known as the "rabbit on a skateboard" for its unique shape. The game can even look up a player's congressional district and call the representative straight from the player's web browser, according to Dibble.

She acknowledges that the current political climate inspired this creation.

"There's a lot going on," Dibble said with a laugh. "We can feel a little bit helpless sometimes, so it helps to try and use the tools you have at hand to feel like you're making a difference."

Still confused by gerrymandering? Check it out for free at playgerrymander.com.

The original print version of this article was headlined "Power Play"

802 Much Vermont Center for Emerging Technologies