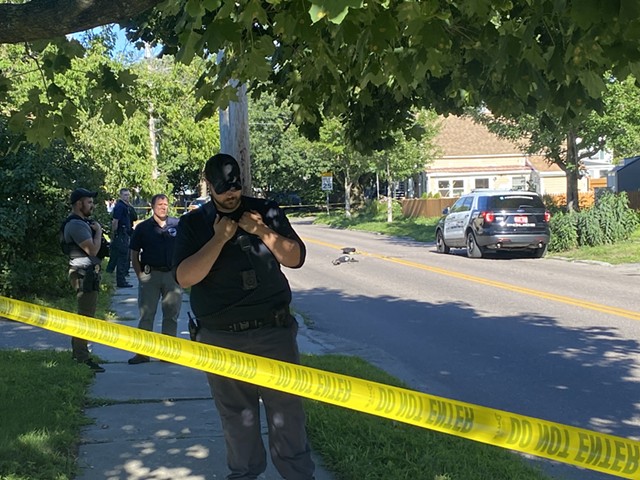 A Burlington police officer shot and wounded a man in the city's Old North End on Saturday afternoon.

Vermont State Police are investigating the incident, which happened at about 3 p.m. on Manhattan Drive, according to a press release. State police say the man was being treated at the University of Vermont Medical Center for injuries that were thought not to be life-threatening.

Just before 1:30 a.m. on Saturday, two men were injured in a shooting on Main Street between Church and St. Paul streets. Both were brought to UVM Medical Center to be treated for their wounds. Witnesses told police the shooter ran off toward Lawson Lane.

The two incidents are unrelated, according to VSP spokesman Adam Silverman.

Silverman couldn't confirm which Burlington officer shot the man or the circumstances leading up to it.

At around 5 p.m. Saturday, Manhattan Drive was closed to traffic between Lafountain and Rose streets, with yellow crime scene tape cordoning off the scene. Murad and several Burlington PD staffers, plus University of Vermont police, were present.

The last police shooting in Burlington took place in 2016, when police shot and killed a 76-year-old man who was having a psychotic break.

Authorities determined that the shooting was justified because the man had been wielding a knife. An independent commission, however, concluded that numerous missteps by both Burlington police and the Howard Center led to the man's death.