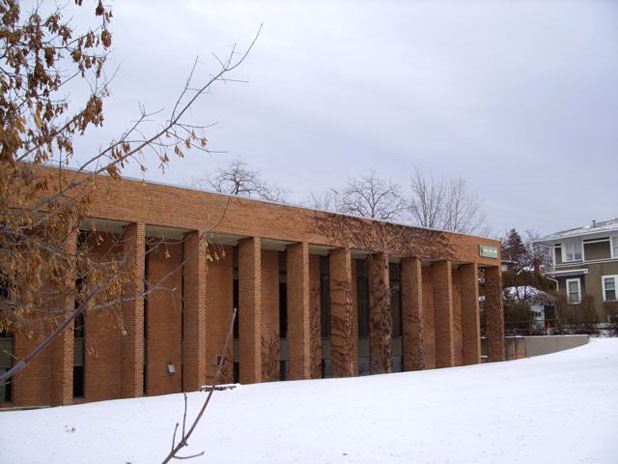 When Mayor Bob Kiss picked up the November 6 Burlington Free Press, one headline — “Champlain College to Buy Ethan Allen Club” — took him by surprise, he says.

Kiss knows the college is attempting to house all 2000 of its students in Burlington by 2016, and that Champlain has been eyeing the College Street club for years. But he didn’t think Champlain would purchase the two-story building without conferring with the Burlington City Council.

Now, as Champlain prepares to buy the club by December 16, Kiss insists the college can’t do so without council approval. Champlain disagrees, but won’t say whether it would disobey a nay vote. Meanwhile, a local developer who tried to purchase the property for the Greater Burlington YMCA charges that Champlain’s bid was unethical.

Purchasing the Ethan Allen Club would be the latest in a series of strategic moves on the part of the growing downtown college. In 2005, Champlain signed a year-to-year lease for a 40-bed fraternity house on South Prospect Street. This summer, it purchased the Eagles Club on St. Paul Street, which it plans to demolish and replace with apartments for 200 students by 2013.

The prospect of housing students at the Ethan Allen Club site appeals to officials at Champlain, where enrollment has hovered between 1800 and 2000 students for the last decade. About 1000 Champlain students live in off-campus Burlington apartments, and the college temporarily houses 272 students at Spinner Place, a Winooski apartment building.

At issue is whether the purchase of the Ethan Allen Club is consistent with a 1994 Memorandum of Understanding between Champlain and the city. The nine-page document, which was approved by the Burlington City Council and expires in 2014, maps out zoning and real-estate guidelines under which the two entities could “co-exist in the most advantageous manner possible.”

According to David Provost, vice president of finance and administration for the college, the MOU was intended to prohibit Champlain from buying residential property outside its core, Hill Section campus. Since the Ethan Allen Club isn’t a residence, Provost said, Champlain is not required to secure city council approval prior to purchasing it.

Champlain wasn’t the only party with designs on the Ethan Allen Club. The Greater Burlington YMCA had hoped to convert it into a childcare facility. Since the Y couldn’t afford the $2.4 million minimum bid, local developer Tony Pomerleau agreed to put up the money.

Pomerleau had placed a $2.2 million bid on the club on Champlain’s behalf in 2002, but this time around, he thought the YMCA deserved the space, in part because the nonprofit is losing key childcare space at nearby Edmunds Elementary.

In October, Pomerleau’s $2.6 million bid was rejected. Why? At a meeting with Ethan Allen Club officials, he learned that Champlain had already bid on the club, emphasizing it would pay $25,000 more than anyone else. “There’s a question whether that particular type of bid was kosher,” said Pomerleau.

Presented with that charge, David Provost said he would not comment on the bidding process until the sale is finalized.

Meanwhile, Champlain’s lawyers are conferring with Peter Brownell. A former Ward 6 city councilor who served as mayor from 1993 to 1995, Brownell told Seven Days he doesn’t remember the specifics of the 1994 MOU, but that its “objective” was to prohibit Champlain from “buying residential units.”

Mayor Bob Kiss disagrees. In a November 20 letter to Champlain, he said the MOU was designed with the goal of “protecting neighborhoods,” and that Champlain is only exempted from council approval when purchasing buildings outside its core campus where proposed uses are consistent with previous ones — for example, a fraternity house. Since the Ethan Allen Club is a “membership club” and not a frat house, Kiss concluded, Champlain must seek council approval.

Kiss is also disappointed that Champlain hasn’t been as transparent as it was when purchasing the Eagles Club — a deal that generated significant neighborhood opposition. In that case, Champlain went public to explain how its proposed acquisition would benefit the city. “I think that’s what we expect,” Kiss said. At the city’s request, Champlain has agreed to present its Ethan Allen agenda in an open forum at Burlington City Hall this Wednesday.

David Provost countered that Champlain has been as transparent as possible about its plans for the Ethan Allen Club — considering it only received a purchase agreement in mid-October. Provost said the college included the club in its 2007 Master Plan and provided additional information at two open houses last month.

Besides, Provost asserted, the city’s Development Review Board and other municipal bodies offer the “real public forum” for discussing what Champlain plans to do with its properties.

Progressive Burlington City Councilor Jane Knodell lives in the same ward as the Ethan Allen Club and chairs the council’s Community Development & Neighborhood Revitalization Committee. She presided over a preliminary April 30 public forum about Champlain’s purchase of the Eagles Club and says she is looking forward to Wednesday’s. As for interpreting the 1994 Memorandum of Understanding, she falls somewhere between Kiss and Provost. On one hand, she echoed the mayor by noting that the document was drafted so Champlain wouldn’t “bleed” into neighborhoods. But she said the agreement was also designed — as Champlain contends — to prevent the college from purchasing private homes.

According to Knodell, the city council itself is torn on the Ethan Allen Club question. The council hopes to vote on Champlain’s plan at its December 15 meeting, she explained, but may need to wait until January to make a final decision.

Mayor Bob Kiss stressed that neither he nor the council is opposed to the purchase per se, provided Champlain submits to the council’s authority before signing paperwork. Provost said Champlain has not decided whether it would purchase the club without council approval.

In a phone interview Friday, Ethan Allen Club vice president (and Seven Days’ legal counsel) Tom Little said Champlain’s purchase could be delayed a few days beyond the current deadline. But Little also assumes “everything in terms of approvals and governance that needs to be done has been done.”

What if the city council rejects Champlain’s plan? “The college,” Little said, “has not presented that to us as something that would present a problem with closing.”

Champlain College will take public comments about the Ethan Allen Club purchase on Wednesday, December 10 in Burlington City Hall’s Conference Room 12. The 6 p.m. forum is free and open to the public.