Burlington May Finally Give the Old Moran Plant a New Life 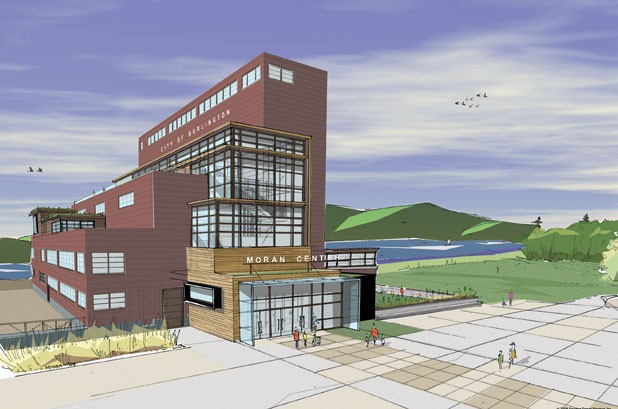 The Vermont legislature has given the green light to a public financing scheme that could breathe new life into Burlington’s Moran Plant — a hulking structure that has cast a long shadow over the city’s waterfront revitalization for more than 20 years.

At its September 10 meeting, the legislative Joint Fiscal Committee voted almost unanimously to let Burlington borrow money for infrastructure improvements in anticipation of future tax revenues generated through 2015 on the existing waterfront and what is known as the downtown tax increment finance district — or TIF. It includes all the properties west of Battery Street between Maple and the end of Lake Street. The south side of Cherry Street from Church to Battery — three blocks that include the Westlake Apartments, Courtyard Marriott and Burlington Town Center — is also part of the TIF.

This new money will be key to the city’s effort to secure more than $3 million in grants and loans to redevelop Moran and its surroundings, said Larry Kupferman, director of the city’s Community and Economic Development Office.

The city has ambitious plans for transforming Moran into a sailing center, children’s museum, a restaurant and rooftop terraces. In addition, Ice Factor, a Scottish-based company, intends to build a family adventure center which will include a large ice-climbing wall, along with zip lines, dry climbing walls and more. The city’s bike path will be realigned and more surface parking added. The existing skatepark will be moved and expanded, and a summer splash park — which will double as an outdoor skating rink in the winter — is also part of the plan.

The city needed a special legislative OK because its ability to recoup taxes from this TIF district expired in 2006. Burlington has used millions in tax dollars — including state education-fund money — to fund six public improvements in the district: the reconstruction of Lake Street; the acquisition of the Urban Reserve, the paved area adjacent to the Moran plant; extension of Lake Street to the waterfront housing project; construction of the public fishing pier; and construction of several public parking garages.

The city claims the public work has paid off with the creation of new affordable housing, market-rate condos, Main Street Landing’s new building on Lake Street, the Marriott hotel, and improvements at the Burlington Town Center.

In May, the legislature included the five-year TIF extension in the Vermont Recovery and Reinvestment Act. But the city must share 25 percent of any new tax money with the state education fund. It didn’t have to do this previously because the city’s TIF district was created before Act 60. City officials agreed to go along with post-Act 60 provisions to help garner support.

One of the lawmakers who shepherded the city’s TIF request was Sen. Vince Illuzzi (R-Essex/Orleans), chair of the Economic Development Committee. He had allies in fellow committee members, Chittenden County Senators Hinda Miller (D) and Tim Ashe (D/P).

“This was probably one of the more important economic development components of the recovery bill,” said Illuzzi. “It’s going to kick start the final phase of development on the waterfront.”

This isn’t the first time Sen. Illuzzi has helped craft rules to encourage Burlington’s waterfront development. In the early 1990s he chaired the Senate Institutions Committee that set the original parameters for what could be developed — including parks, marinas, recreational and cultural facilities and government services. That list was expanded in the late 1990s to include inns with public spaces and markets, among other projects.

Some remain skeptical of the project’s success, though, given the 20-plus-year development debate that has raged since the plant was decommissioned in 1986.

City Council President Bill Keogh would like to see the private partners step up their fundraising efforts to ensure that taxpayers aren’t the only ones shelling out money to redevelop Moran.

“This project seems to be progressing on a slower track than I would like, and all the while it’s taking taxpayer dollars to keep it going — which is not all bad — but I’d like to see a firmer commitment from the three partners to raise the money and would like to see some financial investment from Ice Factor,” said Keogh.

One of the Ice Factor’s four main partners says there is no cause for concern. His company has invested plenty of time and research into this project to date and is not going to back out now.

“We are not as concerned as we were initially,” said Phil McCully, a managing partner of Ice Factor. McCulley was in town Friday to meet with city officials.

The Burlington outpost would be Ice Factor’s showcase facility in North America — the first of what it hopes will be several locations in the U.S. and Canada, said McCully. “We want this to work,” he said.

If fundraising and development agreements proceed according to schedule, construction could begin as early as late summer 2010 and be completed in 2011. The project only needs local zoning approval and is not governed by Act 250, the state’s land use development law, said David White, a local private developer who has been hired by the city to oversee the project.

“It’s a very complicated project, but it’s moving along at a quick pace, despite what it may look like,” said White. “I’ve done a lot of projects and, even if this was being entirely developed by a private developer, it would be taking a lot of time.”