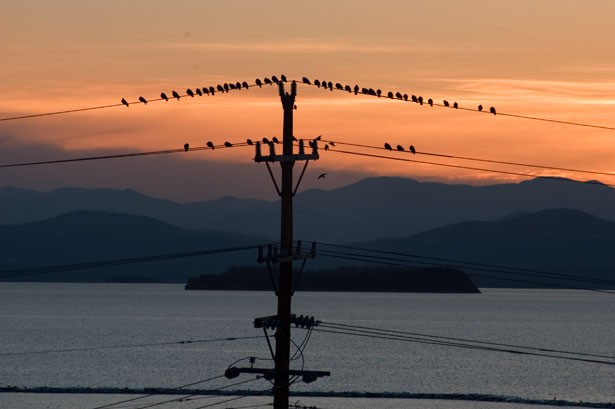 BURLINGTON - Even though the Queen City uses about as much electricity today as it did in 1989 - a feat of energy efficiency - Burlington can do better. It can augment and diversify its renewable-energy portfolio, stabilize electricity rates, increase reliability and reduce CO2 emissions - all without raising the cost to ratepayers. That's the word from Barbara Grimes, general manager of the Burlington Electric Department, which is asking voters to approve a $39.6 million bond for six project initiatives on the March 4 ballot.

City Treasurer Jonathan Leopold explains that the bond, which is similar to a 20-year, fixed-interest-rate mortgage, is a "revenue bond" that's only secured by the revenues of the electric department. "It does not involve the rest of the city," he says. "It doesn't involve tax money or taxpayers' credit."

The six projects would remedy decades-old weaknesses while taking advantage of the nascent renewable-energy credit market, according to the bond proposal. The plans include power-supply acquisitions, with an emphasis on in-state renewable energy; an equity investment in Vermont Electric Power Company (VELCO); BED's share of the cost of the East Avenue Loop Transmission Upgrade; a nitrogen-oxide-reduction unit at the McNeil Generating Station; upgrades in kilovolt capacity; and burying the distribution lines along the Burlington Waterfront.

All of the projects are Grimes' darlings, but she's most excited about nitrogen-oxide reduction at McNeil. The unit, which is comparable to a car's catalytic converter, will use heat and a 19 percent ammonia solution to scrub nitrogen oxide and carbon monoxide from the woodchip plant's emissions. "This will bring our emissions to half of what they are today," Grimes says, "and in so doing we will be able to sell renewable-energy credits into the market."

In its current configuration, McNeil's emissions only allow it to sell Class 2 renewable-energy credits, which fetch a mere 50 cents per megawatt hour. After the unit is installed, McNeil will qualify as a Class 1 REC, which raises the price of the commodity to $50 per megawatt hour. "So it becomes a huge revenue stream," Grimes states, adding that the city anticipates the $4.5 million job will pay for itself in two years.

Old-fashioned redundancy is also in the offing, with a $5.4 million payment toward the East Avenue Loop Transmission Upgrade. This work will improve reliability in Burlington by providing a second loop to backfeed the city - only one line exists today. Burlington has been trying to get this done since 1956, Grimes notes. "Just to put it in perspective," she says, "the City of Rutland has three loops."

As part of the East Avenue upgrade, BED will build its own 34.5 kilovolt line to McNeil. Currently, the output from the woodchip plant travels over a line owned by Green Mountain Power. "That will save us $336,000 a year," Grimes says. It will also allow the department to abandon its wires and easements in Centennial Woods, and clean up the two wires along the Waterfront by getting rid of one and burying the other. Green Mountain Power will still have aboveground lines on the Waterfront, but they're scheduled for removal in a later phase, according to BED.

Along with prettying the Burlington picture, the bond includes funds to make it greener, by investing in local renewable-energy projects such as biomass, wind and solar. Leopold says this will reduce the city's use of short-term energy contracts, which were the source of the rate hike two years ago. "So by buying power contracts long-term - we'll either be buying into a project or buying a life-of-the-unit contract for the output of that project - we stabilize costs," he explains.

BED hasn't heard any opposition to its proposals, but it's still getting the word out, and a full explanation of the projects will be in the department's newsletter this month. For Grimes, the decision to move forward is an easy one. "It's this very unique time that we have a package of very expensive capital projects," she says, "but revenues and savings that will not impact our electric rates." Leopold agrees. "It's not often you can undertake major projects," he suggests, "and have them actually pay for themselves."